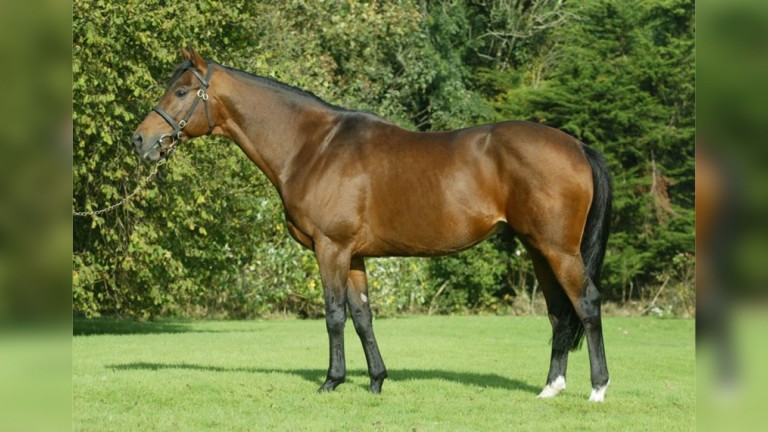 Flemensfirth: the brilliant sire will be represented by his final crop of foals at Goffs
1 of 1
By Kitty Trice 12:39PM, DEC 8 2020

This year's Goffs December National Hunt Sale looks every inch a vintage renewal, with the sale of the brilliant Apple's Jade combined with Flemensfirth's final foals going under the hammer adding up to a treat.

While the sale on Thursday of superstar eight-year-old Apple's Jade, who is carrying to Walk In The Park, will be the number one moment, there is another end-of-era subplot centred on Flemensfirth.

The Beeches Stud stalwart - responsible for the likes of Gold Cup hero Imperial Commander, Betfair Chase winner Lostintranslation and RSA Chase scorer Topofthegame in a phenomenal stallion career - was retired from stud duties in August at the age of 28.

Three of his last crop of foals are due to be offered at Goffs on Wednesday and Thursday, while another 13 are catalogued for Tattersalls Ireland later this week.

The stud's Robert McCarthy said: "It's poignant as it's the end of an era. He stood 22 full seasons at Beeches so he's had 22 crops of foals and this is the final crop to go through the ring.

"We have a nice colt at Goffs out of Presenting Juno [lot 364], who is a sister to the dams of Relegate, Mrs Hyde and Flementide - three really good horses by Flemensfirth, and this fellow of course is very closely related to them." 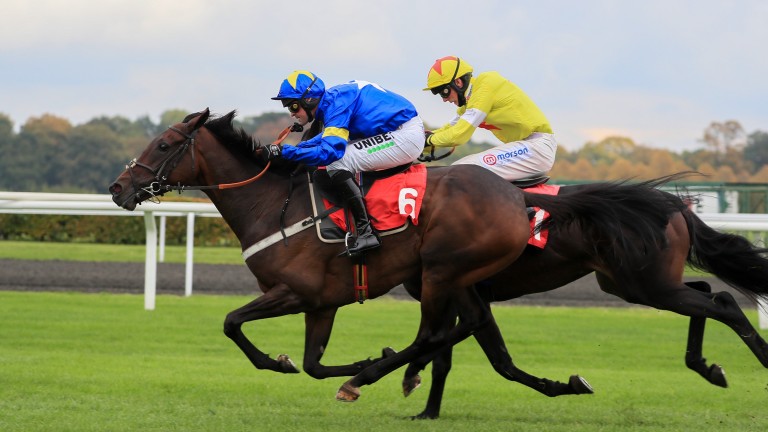 Mrs Hyde: the dual Listed winner is out of a half-sister to Presenting Juno, whose Flemensfirth foal will be sold at Goffs
Mark Cranham

The family has also received recent updates, with Mrs Hyde's game wins at Kempton and Wetherby, and MCarthy added: "Mrs Hyde has won two Listed races for Brian Ellison in recent weeks so we're very much looking forward to putting the colt through the ring."

Ballyreddin Stud offers another well-related individual by the outstanding sire (lot 288) in the shape of a filly out of Minirose, the dam of Adonis Juvenile Hurdle scorer Irish Saint, a seven-time winner for Paul Nicholls.

The filly can also count last season's Betfair Hurdle scorer Pic D'Orhy among her relations, as he is out of a half-sister to Minirose.

Flemensfirth has now got his hooves up, in the more relaxing sense, with plenty of paddock time on the agenda as his final foals head under the hammer at upcoming sales.

McCarthy added: "He's well, he's enjoying his retirement and goes out in the paddock every day with his rug on. He just loves being turned out and is certainly enjoying his well-earned retirement."

When Two-day sale starts on Wednesday, with both sessions from 10am