Into Mischief and Mitole available to quarter horses via artificial insemination 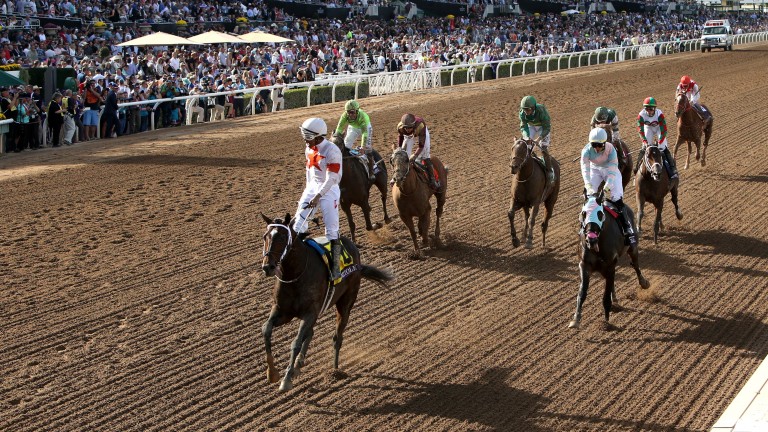 Mitole wins the Breeders' Cup Sprint at Santa Anita at the start of November
Joe Scarnici (Getty Images)
1 of 1
By Christine Oser of Bloodhorse 3:16PM, NOV 21 2019

Spendthrift Farm has partnered with Robicheaux Ranch and will offer the opportunity for quarter horse mares to breed with leading thoroughbred stallion Into Mischief and recent Breeders' Cup Sprint winner Mitole for the 2020 season.

The two big breeding operations announced this need-for-speed development on Wednesday and confirmed the cross-breeding will be by artificial insemination, starting in the 2020 breeding season.

Between Spendthrift Farm owner B Wayne Hughes looking for creative ideas and Ryan Robicheaux, manager of Robicheaux Ranch in Breaux Bridge, Louisiana., looking for an outcross, the venture interested both sides of the deal.

Toothaker said: "They had approached us early on that they had some people in the quarter horse business - of course, they have a quarter horse background, and [Mitole's trainer] Steve Asmussen does as well.

"They'd been approached by some folks wanting to know if we would make Mitole available to breed to some quarter horse mares and that they had some real high-end mares that would be interested in breeding to him."

Though the initial conversations were all about Mitole, the name of leading stallion Into Mischief was brought up while the partnership was being worked out.

"He's been a breed-changing stallion in the thoroughbred world," Toothaker said. "Why couldn't he have tremendous influence on the quarter horse world?"

Robicheaux Ranch will handle the frozen semen collected from Into Mischief and Mitole, as well as the contracts for the mares.

The collection for artificial insemination will not affect the full book of thoroughbred mares scheduled for Into Mischief and Mitole in Lexington.

The Jockey Club requires live cover for thoroughbreds to be registered and does not allow artificial insemination. 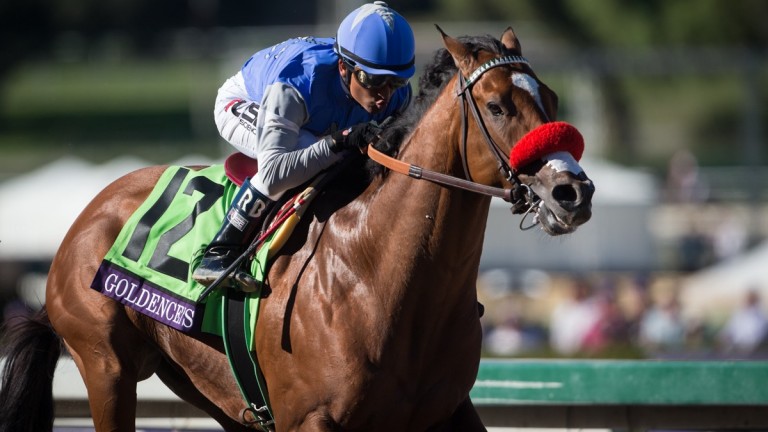 "This is something new. It's never been done before in this type of scale," said Toothaker. "Obviously, they bred Storm Cat to quarter horse mares and I know that Favorite Trick had some success."

Two-time leading sire Storm Cat, Favorite Trick, the 1997 horse of the year, and Hennessy, a Grade 1-winning son of Storm Cat, have all produced Graded-winning appendix horses, who raced on the quarter horse circuit.

Robicheaux noted that Favorite Cartel, a Grade 1-winning appendix son of Favorite Trick, is one of the leading sires in the quarter horse industry. Favorite Cartel is located at Burns Ranch in Menifee, California, and will stand for $12,500 in 2020.

"We're searching and we're dying for that outcross right now to breed to our mares," said Robicheaux. "Right now, you buy a mare in the quarter horse industry, you're limited who you can breed it to. They've tried some thoroughbreds, but we've never had the calibre that Mr Hughes at Spendthrift is offering."

In addition to handling contracts for other quarter horse mares, Robicheaux, planning to breed some of his own to Spendthrift's stallion, added: "I'm excited. It's got a big buzz around the horse industry - quarter horse and thoroughbred - and I'm very fortunate."

Go to bloodhorse.com for all the latest US bloodstock and racing news

FIRST PUBLISHED 3:16PM, NOV 21 2019
He's been a breed-changing stallion in the thoroughbred world. Why couldn't he have tremendous influence on the quarter horse world?