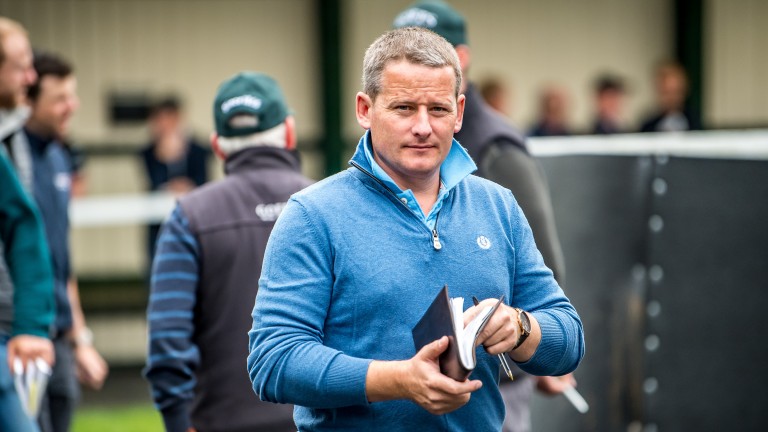 Tom Malone: "They don't want people from England travelling over so we'll have to just accept it"
Sarah Farnsworth
1 of 1
By James Thomas 12:40PM, AUG 9 2020

Key British-based buyers have committed to participating at the upcoming Goffs Land Rover and Tattersalls Ireland Derby sales, despite Covid 19-related travel restrictions meaning they will not be able to attend the auctions in person.

However, those hoping to buy in absentia have suggested that British budgets are likely to be reduced on account of agents and trainers who have not quarantined in Ireland for 14 days being unable to inspect stock themselves.

Tom Malone, who signed for 12 lots totalling €1.335 million at last year's Land Rover and Derby sales, expressed his disappointment at being unable to attend Ireland's flagship National Hunt auctions, but stressed that he would be looking to make the best of an unavoidable set of circumstances.

He said: "I'd love to be there, I'd give my right arm to go, but unfortunately we can't because they don't want people from England travelling over so we'll have to just accept it. It's 2020 and we're in the midst of a pandemic, so people will have to do the best they can this year and hopefully we can all get back to normal next year."

Goffs, Tattersalls Ireland, Horse Racing Ireland and Irish Thoroughbred Marketing sent a joint submission to the Irish government seeking permission to allow a limited number of key overseas buyers to attend both Irish store sales in a way that was compliant with current government directives.

However, the Covid-19 situation has deteriorated in Ireland since the submission was made to the Minister of Agriculture, Food and the Marine on July 13, and following consultation with the National Public Health Emergency Team (NPHET), the sales houses were informed that permission to use the proposed protocols to bring in international purchasers had not been granted.

Moreover, Kildare, home to the Goffs sale ring, was among a trio of counties who had a series of local lockdown measures imposed on Friday. 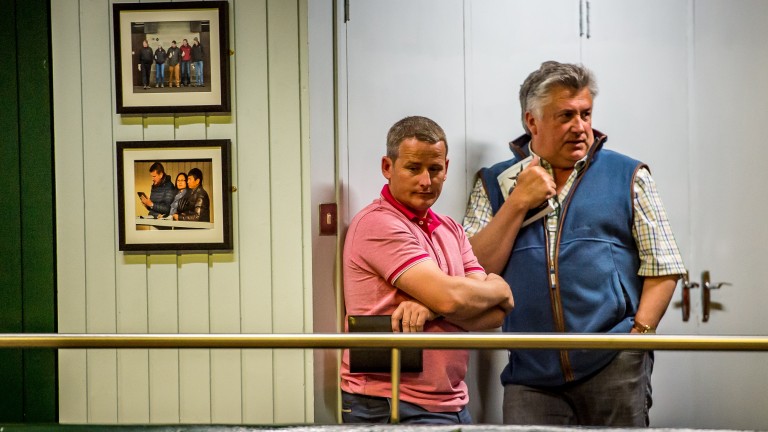 Tom Malone and Paul Nicholls at the Goffs Land Rover Sale in 2018
Sarah Farnsworth
Malone had been due to travel but has stayed put in light of the announcement that restrictions are being upheld. He said: "It was all systems go and if I'd had an inkling this was going to be the case, I'd have been in Ireland self isolating.

"There was a fair bit of confidence that we were going to be able to make this work and everyone has tried extremely hard to get this right. It's nobody's fault this has happened at the last minute."

Also remaining at home as a result of the travel restrictions is Matt Coleman of Stroud Coleman Bloodstock, who said: "I was planning on staying for 12 days and taking in the Land Rover Sale and the Derby Sale, but obviously that's not happening now."

Despite being unable to attend the two sales in person, Coleman and Malone are confident they will be active in the market. However, both said they expected their spending would be down on last year's levels.

The two agents also said they would be adopting differing approaches to buying remotely, with Coleman expected to link up with an Irish agent on the sales ground, while Malone said he would be using the online facilities to bid on lots of interest.

"I've seen about 100 horses already while over in Ireland earlier in the year," said Malone. "Of course I'm not going to be involved to the same level [as usual] because I'd normally look at 150 horses each day and might have ended up buying three or four of them, but that won't happen now because I haven't seen them.

"It's got to hit the market a bit but we are where we are. Though myself and Paul [Nicholls] always buy three or four every year at the Land Rover and Derby sales and it'll be the same this year." 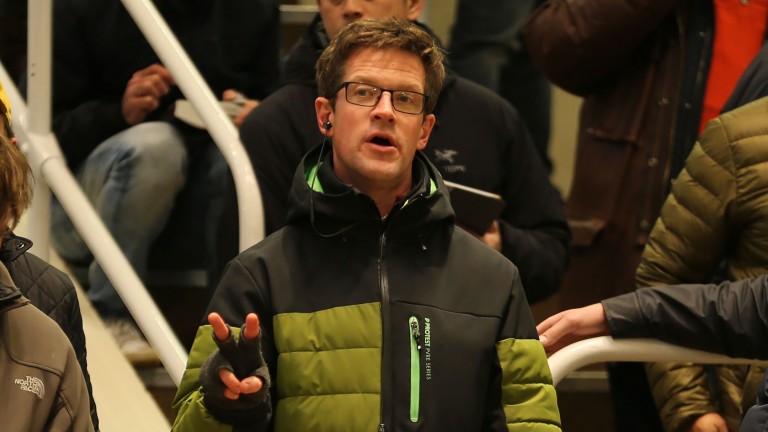 Matt Coleman: "I'm planning to team up with an Irish agent"
Laura Green
With the situation remaining fluid, Coleman said he and his clients had not set any firm plans in place, and would instead play accordingly depending on how strong or otherwise the market proves.

"I'm planning to team up with an Irish agent and he'll look for me and we'll try to buy a few," he said. "I haven't spoken to all my clients yet about what they want to do, but I think some will still buy, but possibly at a lesser financial level or possibly a lesser number of horses.

"However, I do have clients who said to me if the market is depressed then they might get stuck in and buy more, so we'll have a look and see how it goes. [British] People will still buy but, at this stage, I'd expect they'll go at it in a much more reserved way than if they were there."

FIRST PUBLISHED 12:40PM, AUG 9 2020
People will have to do the best they can this year and hopefully we can all get back to normal next year