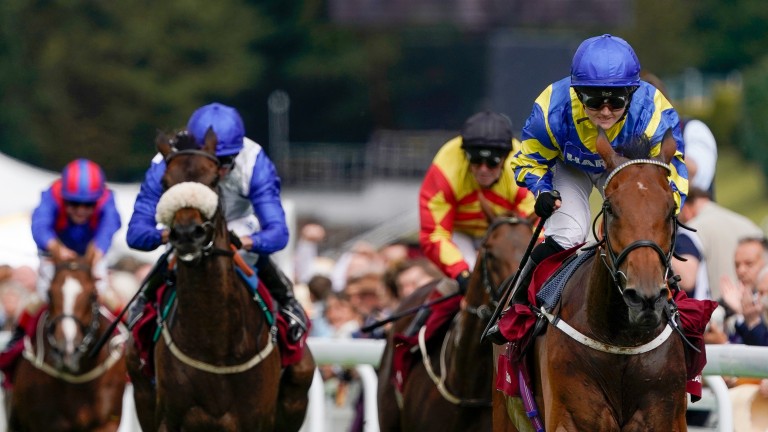 Bred by Didier Blot, the gelding was picked up for just €8,000 when selling to Pegasus Bloodstock from Haras de Clairefontaine at the 2017 Osarus September Yearling Sale before making 31,000gns to Highflyer Bloodstock and Alan King at the Tattersalls Guineas Breeze-Up Sale, where he was offered by Knockanglass Stables.

Having shed his maiden tag on his first outing at three, Trueshan progressed comfortably up through the ranks with a second novice stakes victory followed by a brace of handicap wins. He returned at four and landed his first black type contest in the Listed Tapster Stakes at Haydock last July.

He then proceeded to run his rivals ragged in the Qipco British Champions Long Distance Cup at Ascot last October, with Search For A Song seven and a half lengths away in second, while Sovereign, Stradivarius and Broome were among the others left in his wake. 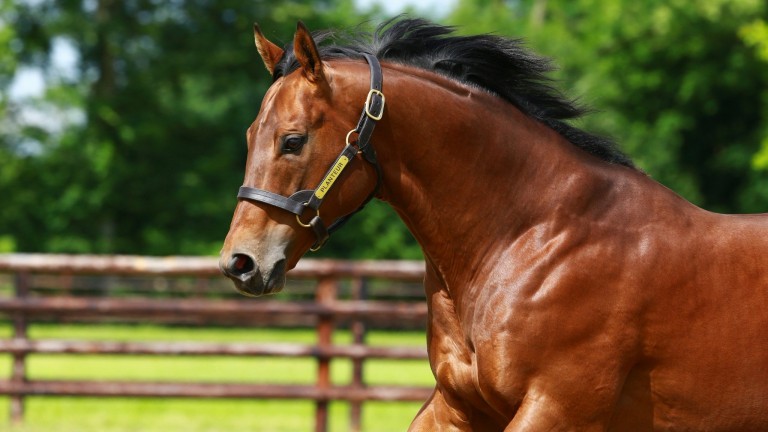 Trueshan is the 11th foal out of the winning General Holme mare Shao Line and is a half-brother to three winners. His half-sister, the Elusive mare Jolie Comtesse, was recently the subject of a Racing Post Bloodstock feature and is currently in foal to Planteur at Byerley Stud.

The five-year-old's sire had previously stood at Haras de Bouquetot for five years before moving to Haras du Grand Courgeon in 2019.

In a deal brokered by Richard Venn Bloodstock, the 2011 Prix Ganay winner then moved to Chapel Stud last September. The son of Danehill Dancer stood the 2021 season for £3,000 alongside Coach House and Hellvelyn.

The 14-year-old - who is out of an unraced half-sister to the high-class middle distance performer Policy Maker and Lancashire Oaks victress Place Rouge - has sired five black type winners overall including Italian St Leger runner-up Agnes.

'I think when you have a good one it inspires everybody'

FIRST PUBLISHED 5:01PM, JUL 27 2021
Trueshan is the 11th foal out of the winning General Holme mare Shao Line and a half-brother to three winners