Haras d'Etreham and Coolmore have bought shares in the Footstepsinthesand colt 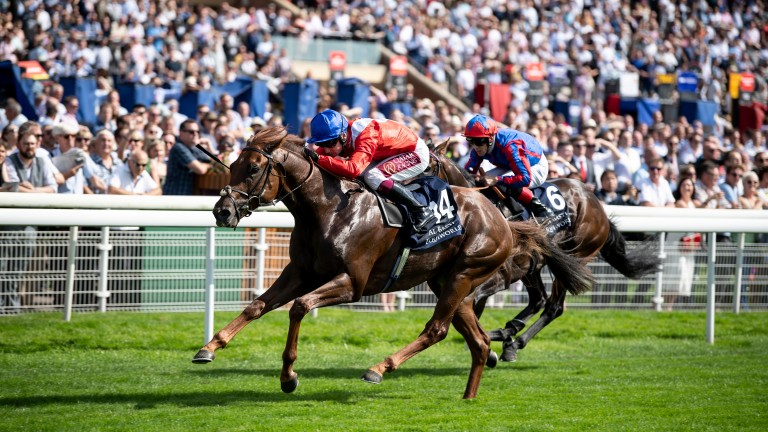 Last year's Gimcrack and Champagne Stakes winner Threat has retired from racing and will stand at Haras du Mont Goubert in France for the 2021 breeding season. Haras d'Etreham and Coolmore are among the shareholders in the classy son of Footstepsinthesand.

Haras du Mont Goubert's Victor Langlais told Jour de Galop: "It's rare for a horse with his record as a two-year-old to start their career in France, especially one who has won some prestigious Group races in the British programme.

"He'll be supported by Mont Goubert, Haras d'Etreham and Coolmore, all of whom will be involved in his breeding career. These three entities have bought the horse from Cheveley Park Stud and will encourage other French breeders to join the syndicate. 20 (out of 60) shares in the horse are for sale at a price of €20,000."

Having raced in the colours of Cheveley Park Stud, the son of Footstepsinthesand is out of the Birdstone mare Flare Of Firelight, a half-sister to Listed winner and Prix Corrida second That Which Is Not. 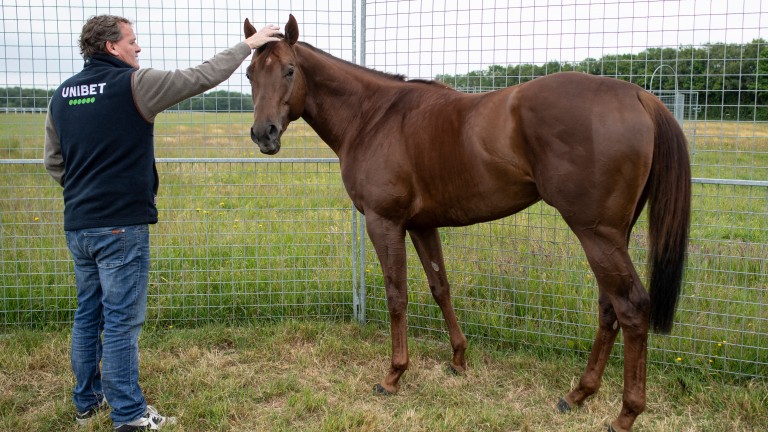 Flare Of Firelight herself is from a famed Niarchos family, being out of the Group 1 winner Shiva, trained by Sir Henry Cecil, and a relation to the 2007 Oaks winner Light Shift, famous for providing Cecil with an emotional return to the top table, plus three other black type horses including dual Group 2 scorer Limnos.

Threat made a winning debut at two when scoring at Newmarket before a half-length second to Arizona in the Coventry at Royal Ascot.

He added another Group 2 second to his CV in the Richmond Stakes at Goodwood, behind subsequent Commonwealth Cup hero Golden Horde, before his two career highlights when winning the Gimcrack at York and Champagne Stakes at Doncaster. He rounded off his juvenile career when fifth behind the recently retired Earthlight in the Middle Park Stakes.

Threat's best efforts in three starts this term came when fourth behind Safe Voyage in the City of York Stakes at the Ebor meeting.

He will stand for a fee of €6,000 alongside dual Group 2-winning juvenile and Irish 2,000 Guineas third Ivawood plus first-season sires Morandi and Triple Threat.

FIRST PUBLISHED 3:14PM, OCT 14 2020
He will be supported by Mont Goubert, Haras d'Etreham and Coolmore, all of whom will be involved in his breeding career