Coolmore supersire moves on to 85, one more than former studmate Danehill 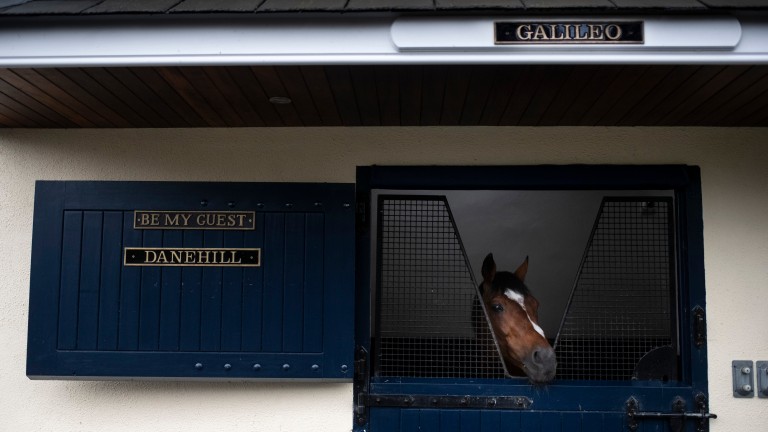 Galileo, who now stands alone when it comes to top-level winners
Patrick McCann
1 of 1
By James Thomas UPDATED 9:02PM, JUN 13 2020

Peaceful's success in Saturday's Tattersalls Irish 1,000 Guineas saw supersire Galileo become the most prolific source of Group 1 winners in thoroughbred history, with 85 of his sons and daughters now having won at least one race at the top level.

The Coolmore stallion, who has been crowned champion sire in Britain and Ireland in 11 of the last 12 years, wrested the leading sire of Group/Grade 1 winners title from his former studmate Danehill.

It was supremely fitting that the Irish 1,000 Guineas provided Galileo with his record-breaking Group 1 victory, as his very first came in the 2006 renewal, when first-crop daughter Nightime - now better known as the dam of Ghaiyyath - landed the fillies' Classics for Dermot Weld.

The son of Sadler's Wells, who has stood for a private fee since 2008, has sired many of the most recognisable names from recent turf history, including Frankel, New Approach and Australia.

Peaceful is already his second Group 1 scorer of the delayed British and Irish Flat season, after daughter Love ran out a commanding winner of the Qipco 1,000 Guineas at Newmarket.

Having set a new high mark for Group 1 winners on Saturday evening, Galileo may not have to wait long for his next, as Magic Attitude holds leading claims in Sunday's Prix Saint-Alary at Chantilly, which Coolmore sponsor in the name of his studmate Saxon Warrior.