From below average Arc winner to broodmare of awesome influence 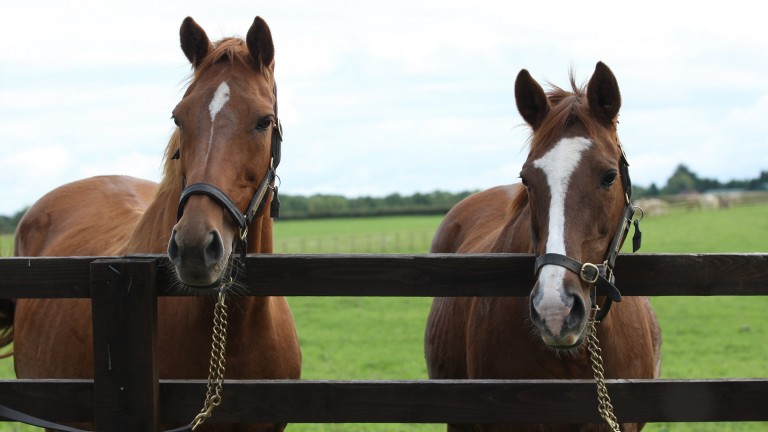 This article, which originally featured in the 2018 Racing Post Bloodstock Review, is republished to mark the 30th anniversary of the birth of legendary broodmare Urban Sea on February 18, 1989.

To view the original article and the rest of the Bloodstock Review magazine in digital format, click here.

In 1993, when Urban Sea registered a 37-1 shock in the Prix de l’Arc de Triomphe, she was widely regarded as the least distinguished winner in the history of Europe’s greatest championship event.

She is perceived differently 25 years later – as a serious candidate for the title of greatest broodmare in the history of the thoroughbred.

Of course, we have known about her prowess as a producer for a long while, but it became even more pronounced in 2018, when two of her sons (Galileo and Sea the Stars) and a grandson (Frankel) ranked among the top four on the sires’ list, she featured in the third and fourth generation of Derby winner Masar, and her impact on the sport at the top level was underlined in the Arc and the Champion Stakes, as ancestress of the first eight home in the former race and of the first seven in the latter.

That’s what you call influence.

Urban Sea had only 11 foals, but four of them won at Group or Grade 1 level – Galileo (by Sadler’s Wells), his full-brother Black Sam Bellamy, My Typhoon (by Giant’s Causeway), and Sea the Stars (by Cape Cross). Galileo and Sea the Stars made her one of a select group of mares to produce two Derby winners, while the latter enabled her to match the record of Detroit, the only previous Arc winner to become dam of an Arc winner (Carnegie).

Of Urban Sea’s other runners, Urban Ocean (by Bering) won at Group 3 level, Melikah (by Lammtarra) won in Listed company and was placed in the Oaks, All Too Beautiful (by Sadler’s Wells) was a Group 3 winner after her second place in the Oaks, Cherry Hinton (by Green Desert) was Group 3-placed, and Born to Sea (by Invincible Spirit) won at Listed level and finished second in the Irish Derby.

Among Urban Sea’s daughters, Melikah features most notably as fourth dam of Masar, Cherry Hinton as dam of Irish Oaks victress Bracelet, grand-dam of Rockfel Stakes heroine Wading, and third dam of Wading’s daughter Just Wonderful, who emulated her dam in the 2018 Rockfel, while All Too Beautiful made her mark as a producer with Wonder of Wonders, runner-up in the Oaks.

We may be sure that we have not heard the last of the female line descending from Urban Sea, but we can be equally certain that Galileo and Sea the Stars are going to prove the most significant conduits of her genes in future generations. That has to be the case; a mare will have only one foal a year, a stallion a number in three figures.

Galileo has already been champion sire ten times and although he will be 21 years old next breeding season, he is guaranteed more mares of the highest quality. The upstart Dubawi has yet to prove a serious threat to his dominance, while Frankel and Sea the Stars are conspicuously on the rise, and can be expected to vie for the title in the years to come, when Galileo’s influence wanes, as it must.

So how should we rate Urban Sea in terms of her influence on the breed?

As long as four years ago, before a lot of positive evidence had become available, John Clarke was reported as saying: “She can realistically lay claim to being the most influential matriarch in the history of the thoroughbred.”

There was a case for such a statement, but as Clarke acted as adviser for the Tsui family who owned the mare, we might echo the comment of Mandy Rice-Davies, expressed in a very different situation: “Well, he would say that, wouldn’t he?

I mean no disrespect to Clarke, a much-valued friend over several decades, but I feel that he was a bit premature in making that judgement. Who knows? I might live long enough to find that I have to agree with his assessment, and then will happily congratulate him for his remarkable perspicacity.

Meanwhile, there are other claimants to the title who must be considered.

The earliest was Prunella, a daughter of Highflyer foaled in 1788. She was dam of Pelisse (by Whiskey), winner of the Oaks, and Pope (by Waxy), winner of the Derby. Among her daughters Parasol became the dam of prominent sire Partisan and of classic winners Pindarrie and Pastille, Pledge produced Derby hero Tiresias, Pawn delivered a 1,000 Guineas winner in Problem, Pope Joan bred three classic winners in Tontine, Turcoman and Turquoise, and Prudence had a pair of Guineas scorers in Rowena and Reginald.

Those five daughters of Prunella were successful enough, but the old mare had one better still in Penelope (by Trumpator). She won 16 races, notching three victories over Derby and Oaks heroine Eleanor, before delivering two Derby winners in full brothers Whalebone and Whisker (who both met with success at stud), a Guineas winner in Whizgig who would herself produce Oaks winner Oxygen, the good sire Woful, and Web, whose brood included Derby winner Middleton and the dam of dual classic-winning filly Cobweb, who in turn became dam of Derby victor and champion sire Bay Middleton.

Pretty Polly (by Gallinule), the triple classic winner of 1904, is widely considered a broodmare of exceptional merit. There were no superstars among her produce, though Molly Desmond won a Cheveley Park Stakes and Polly Flinders a National Breeders’ Produce Stakes, but descendants of that pair, and of her non-winning daughters Dutch Mary and Baby Polly developed the family to remarkable effect. In 2018 Advertise, Best Solution, God Given and Skitter Scatter became the latest from Pretty Polly’s family to collect European Group 1 honours.

French-bred La Troienne (by Teddy), imported to the States in 1930, produced one outstanding colt in Bimelech, a champion at two and three, but her fame rests chiefly on the deeds of her daughters. Black Helen (a champion three-year-old), Baby League, Big Hurry, Big Event, Businesslike, Besieged, Belle Histoire and Belle of Troy, all became dams of stakes-winners, their descendants including the likes of Buckpasser and Allez France.

A more recent American mare with an equally distinguished record was Fall Aspen (by Pretense), foaled in 1976. A Grade 1 winner herself, she bred nine stakes-winners by eight different sires – Northern Aspen (by Northern Dancer), Elle Seule (by Exclusive Native), Mazzacano (by Alleged), Colorado Dancer (by Shareef Dancer), Hamas (by Danzig), Fort Wood (by Sadler’s Wells), Timber Country (by Woodman), Prince of Thieves (by Hansel), and Bianconi (by Danzig). The fillies thrived at stud, Elle Seule notably as dam of Mehthaaf and Elnadim, and Colorado Dancer of Dubawi’s sire Dubai Millennium.

I have always ranked Pocahontas (by Glencoe) as number one. Foaled in 1837, she failed to win a race, perhaps because she was a roarer, but she did finish a commendable fifth in the Oaks won by the outstanding Crucifix. She produced three top-class sons in Stockwell (by The Baron), Rataplan (by The Baron) and King Tom (by Harkaway) who all distinguished themselves at stud.

Stockwell, winner of the 2,000 Guineas and St Leger, was champion sire on seven occasions and was responsible for a record 12 individual classic winners. Rataplan, who won 42 races, became the sire of Derby winner Kettledrum and broodmare sire of Hampton, himself an important sire. King Tom, a Derby runner-up, sired classic winners in Kingcraft (Derby) and Hannah (1,000 Guineas, Oaks, St Leger), and became maternal grandsire of the exceptional runner and sire St Simon.

The most influential daughter of Pocahontas was Araucaria (by Ambrose), her last foal, born when she was 25. She delivered three classic winners in four years – Camelia (1,000 Guineas, dead-heated in the Oaks), Chamant (2,000 Guineas) and Rayon d’Or (St Leger) – in addition to Wellingtonia, who enjoyed success as a sire, and Gardenia, ancestress of Derby winner Dante.

The surest way for a mare to distribute her genes widely in the population is through sons who excel at stud. The impact made by Pocahontas is best illustrated by the fact that in 1866 her five stallion sons were responsible for 109 individual winners of 185 races, a record which will stand for all time.

I don’t think Urban Sea can be said to have overtaken Pocahontas yet, but as both Galileo and Sea the Stars are routinely covering huge books, that could come to pass.

Meanwhile, we should perhaps consider Urban Sea’s own dam, Allegretta (by Lombard). Her record at stud was somewhat patchy, but she does not just rely on Urban Sea for her influence on the breed. Five of her other daughters produced stakes-winners, their numbers including King’s Best, Tertullian, Anabaa Blue and Tamayuz.

'Fairytale stuff': Pat Downes on the rise and rise of Sea The Stars at stud

FIRST PUBLISHED 1:29PM, FEB 18 2019
Urban Sea is a serious candidate for the title of greatest broodmare in the history of the thoroughbred