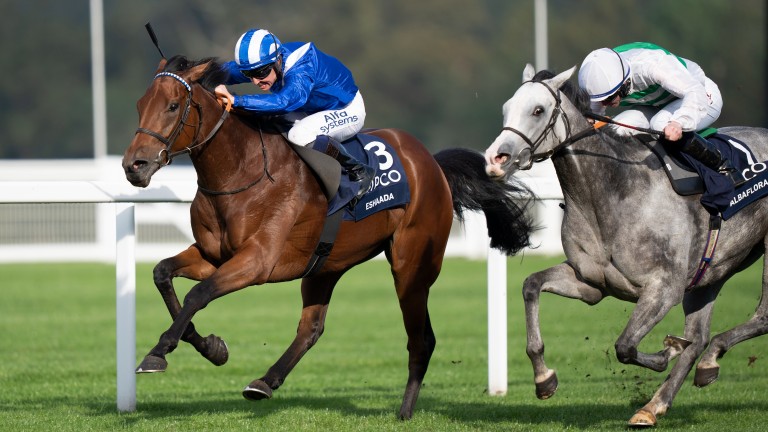 Muhaarar was represented by his first top-level winner as Eshaada just pipped Albaflora in a one-two for the Nunnery Stud sire in the Qipco British Champions Fillies & Mares Stakes at Ascot on Saturday.

The Shadwell homebred three-year-old winner is the third foal out of the well-related Muhawalah, a winning Nayef full-sister to top-class miler and Derrinstown Stud resident Tamayuz, and from a family that includes French Derby winner Anabaa Blue.

Trained by Roger Varian, Eshaada won on her only start at two before picking up a first black-type success in the Fillies' Trial Stakes at Newbury in May.

A narrow second to this month's Prix de Royallieu scorer Loving Dream in the Ribblesdale Stakes at Royal Ascot, she bounced back here from a poor effort in the Yorkshire Oaks to record a short-head success over Kirsten Rausing's homebred grey.

Muhaarar was top-notch on the track, winning the Gimcrack Stakes at two before finishing third in the Middle Park Stakes to Charming Thought. 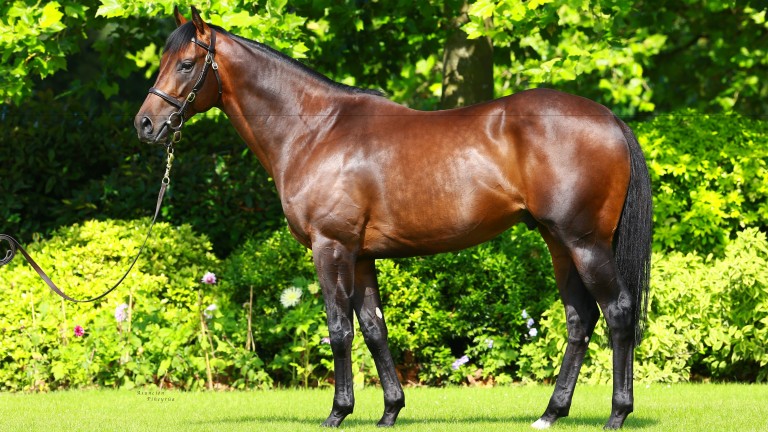 Having been retired to Nunnery for the 2016 breeding season, the nine-year-old is now responsible for six individual black-type winners including Albaflora, who was also second to Snowfall in the Yorkshire Oaks, Horris Hill Stakes victor Mujbar and Prix de Lutece winner Paix.

Creative Force's impressive success in the preceding Champions Sprint Stakes not only provided Darley's flagship sire Dubawi with a 46th individual top-flight winner but also provided his dam, the Choisir mare Choose Me, with a Champions Day double.

The Listed-winning Choose Me was a talented performer on the track but has really blossomed as a broodmare, having produced another Champions Day scorer in 2017 Queen Elizabeth II Stakes heroine Persuasive, while another produce is the Listed-winning and Group 3-placed Dream Ahead filly Tisbutadream.

Galiway's sole Group 1 winner to date, Sealiway, again did his Haras de Colleville sire proud when digging deep to see of the supplemented Dubai Honour by a quarter of a length in the Champion Stakes.

Last year's Prix Jean-Luc Lagardere winner, out of the Kendargent mare Kensea - the sire stands alongside Galiway at Colleville - was running less than a fortnight on from finishing a fair fifth in the Arc.

Baaeed, meanwhile, one of three winners for Shadwell on a fantastic Champions Day for the late Hamdan Al Maktoum's breeding and racing empire, extended his unbeaten record to six in the Queen Elizabeth II Stakes.

The three-year-old son of Sea The Stars denied Palace Pier by a neck, with Lady Bowthorpe running a blinder in third. She heads for the paddocks, while Palace Pier looks destined for a stallion career. Baaeed, however, appears set to stay in training. 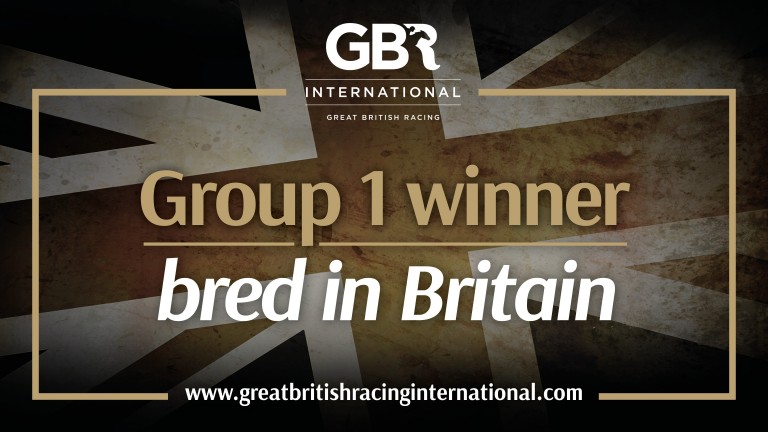