Off the mark: Goken gets on first-season sire board at Chantilly 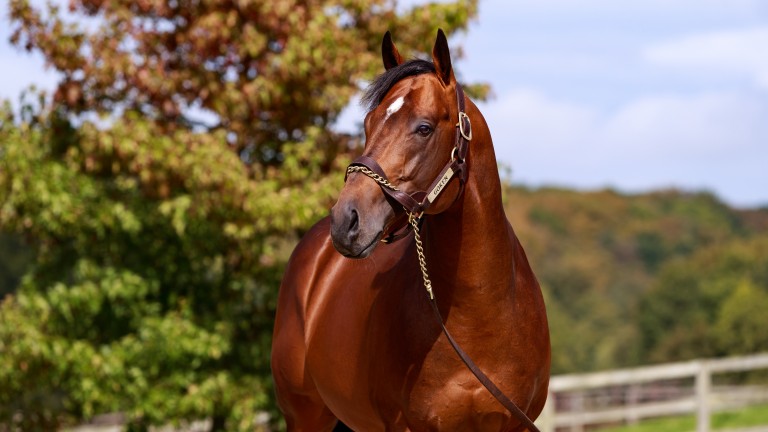 Livachope’s win in the Prix de la Reine Blanche for unraced fillies meant that French-based sire Goken became the first first-season sire in Europe to land a winner at Chantilly.

The filly showed good early pace, tracking the leader for most of the 5f trip before holding on to win by a neck after edging slightly right. Bred to show early speed, Livachope is out of Laia Chope, a winner in May of her juvenile season before placing at Listed level in the Criterium de Vitesse.

Goken maintained his promising start with Axdavali finishing runner-up in the Prix d’Orgemont, an unraced maiden for colts & geldings just thirty minutes after Livachope’s win. Chantilly’s meeting was a successful one for Livachope’s trainer Jane Soubange, who later enjoyed a one-two in the Prix du Viaduc de Commelles, a claimer for two-year-olds.

Goken, standing at Haras de Colleville for a fee of €3,000, was a precocious two-year-old, breaking his maiden in April of his juvenile season before winning the Group 3 Prix du Bois that June under the care of Henri-Alex Pantall. He gained another Group success at three in the Prix Texanita before being transferred to Kevin Ryan for a British campaign at four. Although winning the Listed Golden Rose Stakes for Ryan, his best effort came when finishing third in the King’s Stand Stakes behind fellow sires Profitable and Cotai Glory, beating Jungle Cat, earning him a rating of 111.

Owned by Guy Pariente, Goken stands alongside his sire Kendargent who Pariente cultivated into a premier stallion of the French sire ranks with 29 stakes winners from humble beginnings. Kendargent stood for €22,000 at his peak from an initial fee of just €1,000.

Goken’s three-year-old half-brother by Frankel, Hurricane Cloud, made a bright start to his racing career on Tuesday when winning a maiden over 1600 metres Saint-Cloud for Pascal Bary, in the familiar yellow and white colours of Guy Pariente.

His first crop of 61 two-year-olds, bred off a €5,000 fee, realised up to €50,000 as yearlings. They showed a strong clearance rate of 91 per cent for an average in excess of €20,000. Trainers of his progeny include Jean-Claude Rouget, Henri-Alex Pantall, Frederic Rossi and Francois Rohaut.

Goken has two runners declared tomorrow in the Prix de l’Isle Briant at Angers over 5½f, due off at 5.10: the Jo Hughes-trained Magic Sword, a three-parts brother to the Listed-winning Snow Bell part-owned by Darren Yates, in addition to the filly Lagoken for trainer Jean-Vincent Toux.