Nick Wingfield Digby another to gain recognition at ceremony 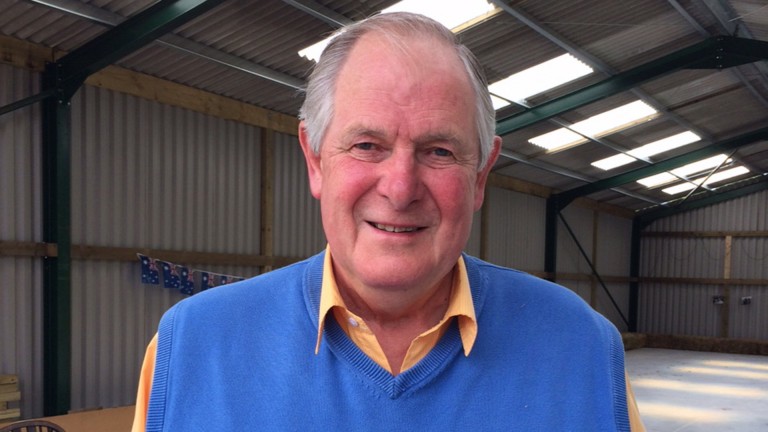 David Brown of Furnace Mill Stud was presented with the Andrew Devonshire Award in recognition of outstanding contribution to the industry at the Thoroughbred Breeders’ Association’s Flat Awards Evening on Tuesday.

Leading bloodstock and racing figures gathered for a ceremony held at Chippenham Park near Newmarket, where a total of 11 awards were presented.

Walsall-born Brown played 26 Test matches for England between 1965 and 1969 before establishing Furnace Mill near Kidderminster in 1976.

Since then the stud has thrived through breeding and preparing horses for sales, including Bolshoi, winner of the King’s Stand Stakes at Royal Ascot, whose dam Mainly Dry is still represented among the stud’s nucleus of a dozen mares. He has also served the industry through his partnership with the British European Breeders Fund, where he was chairman from 2004 to 2008. During this time a significant increase in funds was announced through a new deal with their European partners.

The Dominion Award was presented to Nick Wingfield Digby. Through his association with Rossdale and Partners, he has devoted nearly half a century to the pursuit of veterinary excellence that resulted in the publication of several important scientific papers, and led to him becoming a senior partner at the practise, where he remains a consultant.

He has also devoted significant time looking to secure the future of equine welfare and the education of industry participants. Veterinary service to the Royal Studs, as well as others such as Highclere, led to his being made a Lieutenant, Royal Victorian Order in December 2014.

Wilby joined Juddmonte in 2004 as a stud hand, having spent the previous 20 years working for a farming company. He then had spells at Bloomsbury Stud and Lanwades Stud before re-joining Juddmonte in September 2013, when he was appointed second man at Banstead Manor Stud. 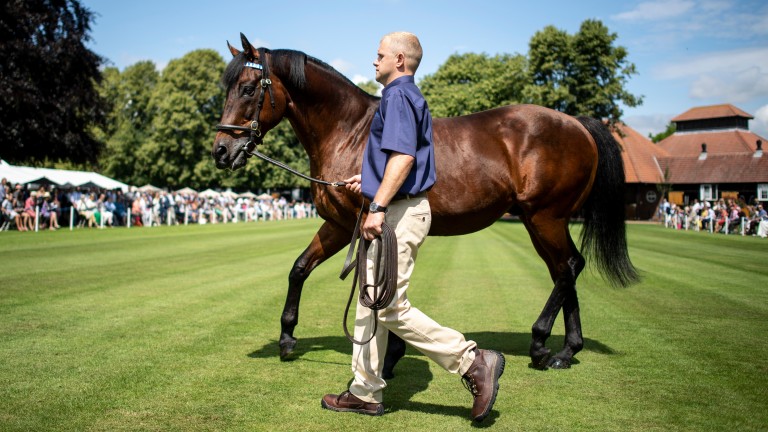 Dubawi was another of the event's major winners
Edward Whitaker
Dubawi once again dominated the Flat stallion categories with two awards; the BBA Silver Cigar Box and Barleythorpe Cup (sponsored by the British EBF) which he has now won for the sixth year in a row. Kingman was awarded the Tattersalls Silver Salver as Leading First Season sire for the 2018 Flat season, following on from his promising start to life at stud.

The H.J. Joel Silver Salver for Broodmare of the Year was awarded to Dar Re Mi, who is the dam of European Champion Two-Year-Old of 2018 Too Darn Hot, and also the most expensive yearling sold at auction last year.

The Queen’s Silver Cup for Leading Flat Breeder in terms of earnings was presented to Godolphin, following a spectacular year for the operation. The Langham Cup was awarded to Gaie Johnson Houghton, the owner and breeder of last year’s Queen Anne Stakes winner Accidental Agent. Elizabeth Grundy was awarded the TBA Silver Salver (Special Merit Award), following her success with The Tin Man.

Claire Sheppard, TBA chief executive said: "Tonight the TBA celebrated what was a fantastic year for British breeders with a total of 48 Group/Grade 1 winner being produced in Great Britain last year.

"We have recognised a number of successful breeding operations and seen prizes won for victories around the globe, and from the progeny of smaller studs through to the major stallion farms.

"The Andrew Devonshire Award and the Dominion Award were presented to David Brown and Nick Wingfield Digby who have both made outstanding contributions to British breeding. We also have a very deserving recipient of The TBA Stud Staff Award in Christopher Wilby.

"Our thanks go to everyone who attended and supported the event, including The Jockey Club Group, Weatherbys General Stud Book, New England Stud, The British EBF, Tattersalls, Thoroughbred Owner & Breeder Magazine and Racing TV."

FIRST PUBLISHED 10:27PM, JUL 16 2019
We have recognised a number of successful breeding operations and seen prizes won for victories around the globe