Ollie O'Donoghue reports from from the inaugural edition of the auction 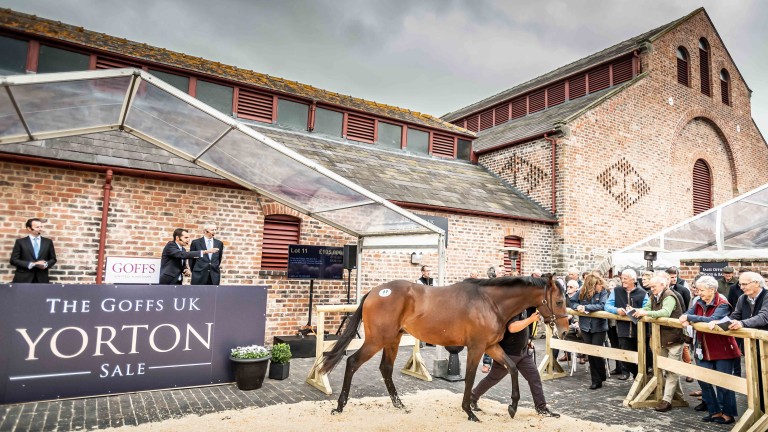 Owner Dai Walters - whose runners have included Grade 1 stars Oscar Whisky and Whisper - made a significant contribution towards a successful first edition of the Goffs UK Yorton Sale on Thursday, having completed five purchases for a combined £230,000.

His largest outlay was for the already named Prince Des Fichaux, a son of No Risk At All out of the French Grade 2 chase winner Princesse Kap and the only two-year-old colt in the catalogue.

The youngster previously sold for €50,000 when purchased by agent Richard Venn at last year's Osarus National Hunt Sale at Maisons-Laffitte.

Auctioneer George Stanners called for an opening bid of £100,000 and quipped "there's no point watching on TV when you could be in the winner's enclosure" before Walters, who was standing by the rail, emerged on top with a winning bid of £105,000.

"I've got four or five by the sire and they are just nice, good-working horses," said Walters. "Papa Tango Charly, who is also by the sire, sold very well at this year's Aintree Sale.

"We'll keep this colt to race. Our aim is to have Saturday horses and you could have ten or 20 horses, and only one of them will turn out to be a Saturday horse. There are some very good value horses here today."

Walters was also enamoured with a two-year-old Fame And Glory gelding out of the Presenting mare Gales Present, who he picked up for £60,000. 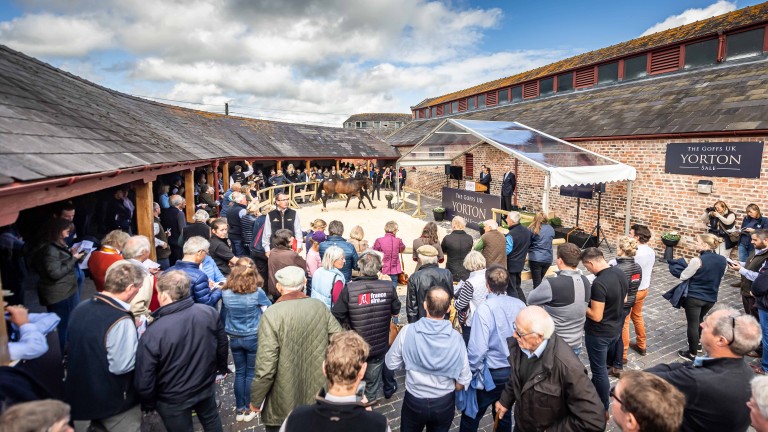 Doyle returns to the well

The term 'Grade 1' could be used to describe both the pedigrees on offer and the tastefully restored listed buildings at David Futter's Yorton Farm Stud in Powys in Wales, while Nick Luck was also on hand to introduce each lot individually.

Successful Irish point-to-point handler Donnchadh Doyle was among those scouting for future talent and emerged as the second leading buyer with two purchases for a combined £63,000.

The most expensive of those was a two-year-old Blue Bresil gelding who is a full-brother to Big Bresil, who Doyle produced to finished second to Papa Tango Charly on their mutual debut in a Liscarroll maiden in March, before he was subsequently bought by Roger Brookhouse for £170,000 at the Aintree Sale.

"We're hoping Big Bresil lives up to his promise," noted Doyle. "And this gelding was the spitting image of him. There's a good crowd here today and a strong level of trade. The concept of the sale seems to work well."

Doyle's new acquisition boasts a strong page being out of the Astarabad mare Cutielilou, an unraced full-sister to the Cheltenham Champion Bumper and Scottish Champion Hurdle victor Cheltenian. 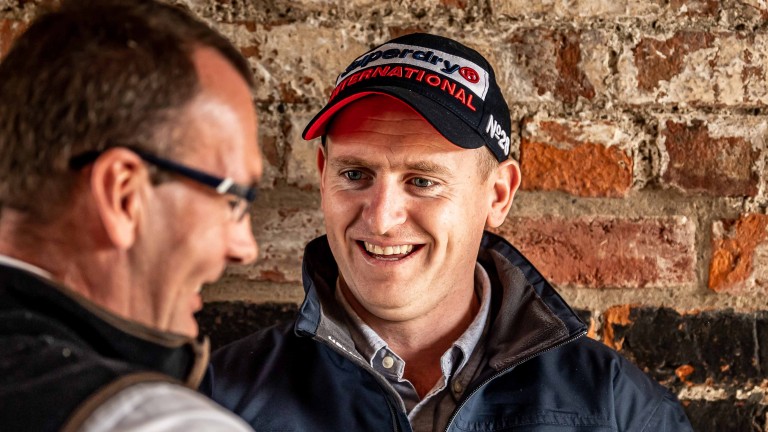 Skelton jumps to it

Among the trainers lending their support to the inaugural sale were Nicky Henderson, Christian Williams and Dan Skelton, with the latter potentially looking to return to France with his latest purchase, a two-year-old Masterstroke gelding already named Pikar.

"He's a strong type and should make a bumper horse," said Skelton, who paid £28,000 for the sibling to seven winners.

"We've another three-year-old by the sire and like him a lot, and this gelding is from a good family. We'll get him broken in now and have him ready. We could even bring him over to France, perhaps to Auteuil."

Among Skelton's previous runners in France are Shelford, a Listed hurdle winner at Enghien, and Al Ferof, who ran with credit when sixth in the Grade 2 Prix La Barka Hurdle at Auteuil. 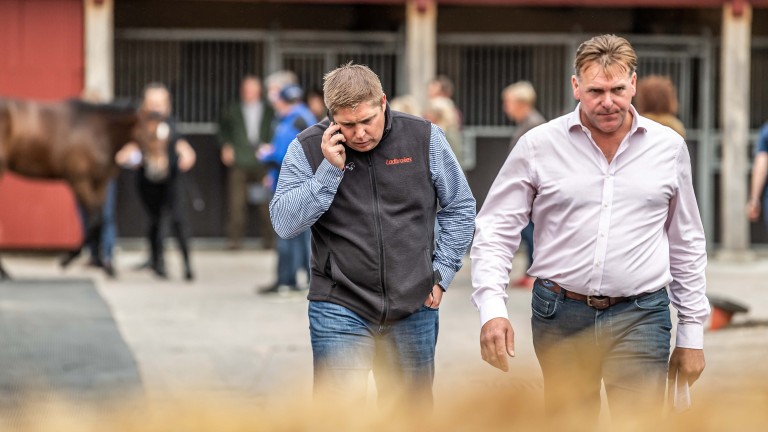 David Cottin was busy stocking up on talent for his burgeoning stables in western France, and he was accompanied by his partner Amanda Zetterholm, with the pair making an early move to secure a two-year-old daughter of Gentlewave for £22,000.

The filly shares her sire with Wednesday's Kerry National winner Poker Party and is a half-sister to the Graded-placed The Saint James.

"We really liked her and she's from a nice French family," explained Zetterholm about the joint most expensive filly.

"She looked precocious enough and was bought on spec. This is a good sale for French buyers as we need them to be ridden away as two-year-olds, and leaving it until they are three is too late. We've got a great three-year-old programme in France."

Five of the six yearlings on offer changed hands, with Hamish Macauley signing for the priciest of those when going to £26,000 to secure a June-foaled colt by Blue Bresil.

"We've got three by Blue Bresil and think he's a very good sire," said Macauley. "Things can only get better for him from here."

A delighted David, Lester and Riley Futter following the first annual Yorton Sale, a big congrats to all the team @YortonFarm - a great first year for this exciting new venture. pic.twitter.com/U0RlLT8cte

Yorton Stud owner David Futter said: "We're delighted with today's results, this sale has been a long time in the making and I'd like to thank the whole of the Yorton Farm team who have worked tirelessly during the last few months.

"We'd also like to express our immense gratitude to the Goffs UK team who have helped bring this concept to life and to everyone who attended today's sale and supported this exciting new venture.

"We believe the Yorton Sale has a bright future and we hope this initiative will become an annual date on the National Hunt calendar."

Goffs UK managing director Tony Williams added: "Today was an exciting start to the Yorton Sale and we would like to congratulate David Futter and the Yorton Team on what was an excellent sale.

"We've called this sale the first annual Yorton Sale and following today's success and the positive feedback of buyers who have travelled from all over France, Ireland and the UK, it'll be the first of many."

Next year's sale has already been earmarked for Thursday, September 10.

FIRST PUBLISHED 6:31PM, SEP 12 2019
The term 'Grade 1' could be used to describe many of the pedigrees on offer as well as the tastefully restored listed buildings at Yorton Farm Stud

'He's a beast of a horse' - Wings Of War supplies double delight for O'Callaghan Dam of Alcohol Free to headline Goffs November Breeding Stock Sale Quality BBAG Sales & Racing Festival catalogue released 'I think it's very tough to buy a good horse' - Keeneland Book 2 ends on a high 'He was immersed in this business' - American consignor Mike Recio dies aged 46 'If you have a horse that ticks every box, this is what you have to pay'