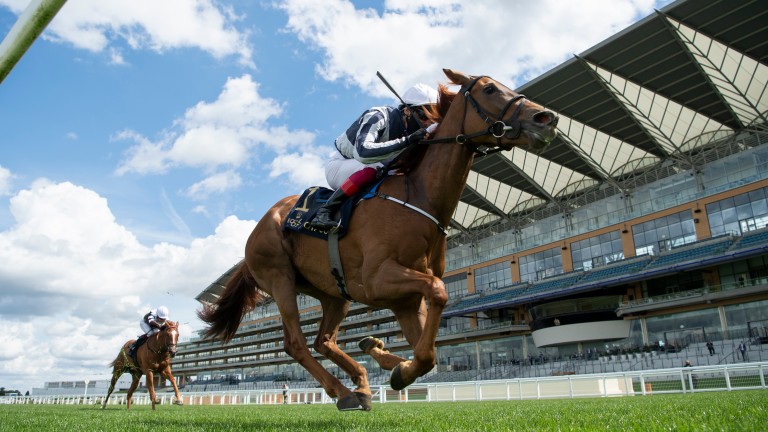 A Super Sunday of French racing appears to provide two eligible young stallions with their best chance yet of a maiden major Classic.

The Prix du Jockey Club and Prix de Diane are to be staged back-to-back at Chantilly, 45 minutes apart, by which time American Pharoah or Sea The Moon could have applied their names to each billboard through respective son Ocean Atlantique and daughter Alpine Star.

Ocean Atlantique is from the first crop of the US Triple Crown hero and a huge pinhooking triumph for Brendan Holland’s Grove Stud when sold for €1.1 million at last year’s Arqana breeze-ups.

Carrying Coolmore colours for Andre Fabre, the Saint-Cloud maiden winner appeared in need of his comeback at Longchamp but could have not been more impressive in scoring over the French Derby trip in the Listed Prix de Suresnes.

Although American Pharoah is still seeking a first win at Grade or Group 1 level, it seems a little mean to point it out as it will surely only be a matter of time. He mustered plenty of juvenile talent and his unbeaten Japanese son Cafe Pharoah has emerged as a legitimate Kentucky Derby candidate.

It is possible that the delayed Run For The Roses will be the ideal target for Ocean Atlantique, who boasts a fascinating mix of dirt and turf quality in his pedigree. Moreover, he will face stiff competition here from his own stable, and Coolmore’s arch rivals Godolphin.

Victor Ludorum is continuing a trend set by his exemplary sire Shamardal, who took both the French Guineas and Derby some 15 years ago. His stallion son Lope De Vega made it a filial double in 2010 and a decade later Victor Ludorum, who is stoutly bred on his distaff side, is in pole position to repeat the trick. 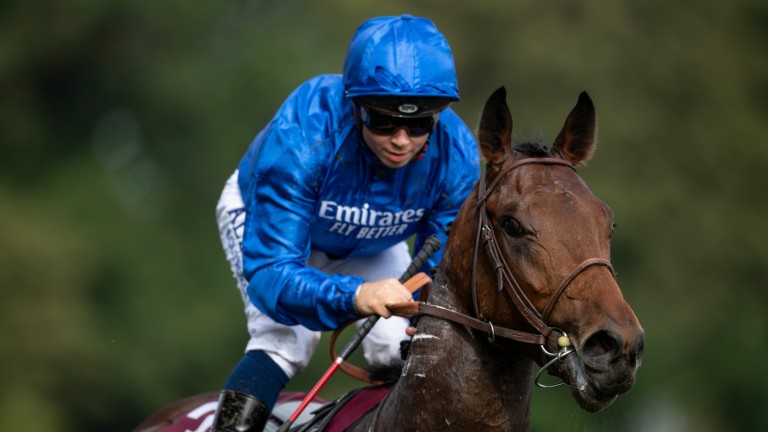 Victor Ludorum has French Derby history in his breeding
Edward Whitaker (racingpost.com/photos)
There is Jockey Club history with the sires of several of the other leading market fancies. Pao Alto, who defeated Ocean Atlantique in the Prix la Force back in the spring, would be becoming the first Classic winner for Intello, successful in the 2013 renewal.

Mishriff, whose Newmarket Stakes victory is working out well, would be a first Group 1 hero from the initial crop of French Guineas winner Make Believe.

Betting in the Diane revolves around three horses and Alpine Star is very much deserving of her position in the shake-up.

Described by trainer Jessica Harrington as a very different individual to her magnificent half-sister Alpha Centauri, she allowed comparisons to be made by also winning the Coronation Stakes in fine style.

Her owner-breeders the Niarchos family have a long association with Kirsten Rausing’s Lanwades Stud, continued by the standing of Jockey Club winner Study Of Man in Newmarket, and Alpine Star is the result of a visit to Lanwades resident Sea The Moon.

She was his first Group 1 strike in the Coronation Stakes and the runaway German Derby winner is a good supplier of stamina.

Alpine Star’s most likely rivals come from familiar sources - Peaceful was a record-breaking 85th Group or Grade 1 winner for Galileo when obliging in the Irish 1,000 Guineas while Shadwell’s Raabihah impressed in her trial and is a Sea The Stars relative to Classic types Eswarah and Midway Lady.

The real wildcard would be Miss Extra, whose sire Masterstroke has achieved little of note aside from this Prix de Sandringham winner and appears destined for the National Hunt market after moving to Yorton Farm this year. Her trainer Pia Brandt, however, should never be underestimated.

FIRST PUBLISHED 3:49PM, JUL 4 2020
Victor Ludorum is continuing a trend set by his exemplary sire Shamardal, who took both the French Guineas and Derby some 15 years ago