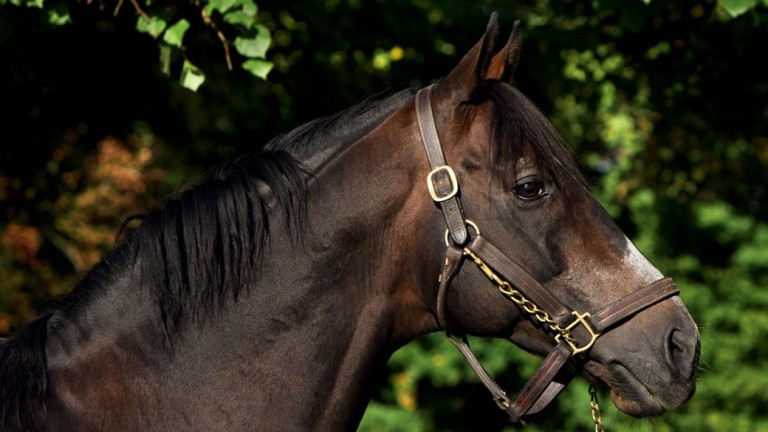 Authorized: son of Montjeu has sired top-class horses both on the Flat and over jumps
Darley
1 of 1
By Martin Stevens UPDATED 8:13PM, DEC 10 2019

The purchase of the 15-year-old son of Montjeu continues the Turkish Jockey Club's recent spending spree on new additions to its roster for 2020 that has already included Bodemeister and Super Saver from North America and Myboycharlie from France.

Authorized, who has stood at Haras du Logis in Normandy for the past six seasons, arguably ranks as Turkey's most significant stallion signing from Europe yet.

Authorized broke his maiden in the Racing Post Trophy on his second start at two and was an impressive winner of the Dante Stakes on his debut at three. That effort ensured he started a warm favourite for the Derby and he made little fuss in winning by five lengths at Epsom, becoming Frankie Dettori's first successful ride in the Classic on his 15th attempt.

He later finished second in the Coral-Eclipse and triumphed over Dylan Thomas, Notnowcato and Duke Of Marmalade in a star-studded Juddmonte International.

Authorized originally stood as a Flat stallion at Dalham Hall Stud in Newmarket (though he spent his second season at Kildangan in County Kildare), and compiled a respectable roll of honour with his progeny in that sphere. Most notably it includes the redoubtable multiple Australian Group 1 hero Hartnell, who was bred in Britain, and the elite-winning fillies Ambivalent and Seal Of Approval.

His southern hemisphere offspring conceived on shuttling duty to Australia brought about two further Group 1 winners in Complacent and Pounamou.

Authorized later found more fame as a jumps sire through the likes of Nichols Canyon, Sternrubin, Zamdy Man and most notably Tiger Roll, a Flat cast-off by Godolphin who was this year sent out by Gordon Elliott to become the first horse since Red Rum to win the Aintree spectacular on more than one occasion.

It was widely known that Darley had turned down many offers from National Hunt studs in Britain and Ireland over the years to purchase Authorized, who covered 87 mares at Logis this year at a fee of €12,000.

Authorized was also a highly prized commodity in Turkey, though, where his runners included local celebrities Toruk Macto and Bici Bici.

The Turkish Jockey Club has reportedly been on a recruitment drive for fresh stallion talent to replace some of its recent members who are either old or have died, its financial firepower boosted by tax revenues on domestic betting to improve the breed.

The association's stallions stand at five stations across Turkey and often rotate between them to give the country's breeders access to a wider range of names.

Death of Notnowcato, three-time Group 1 winner and dual-purpose sire, at 17