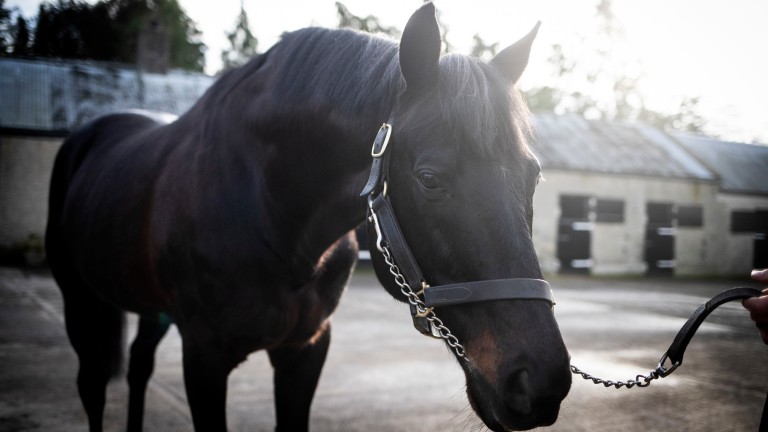 Veteran sire Kalanisi surged to the head of the Cheltenham Festival sires' table with a day one double courtesy of The Conditional, winner of the Grade 3 Ultima Handicap Chase, and Imperial Aura, who scored decisively in the Listed Northern Trust Company Novices' Handicap Chase.

The 24-year-old son of Doyoun - who is into his 13th covering season at the Flood family's Boardsmill Stud, having earlier spent six years at the Aga Khan's Gilltown Stud - is no stranger to Festival success.

His stud record includes Champion Hurdle hero Katchit and the ill-fated Fayonagh, who looked a star in the making when claiming the Champion Bumper three years ago.

The Conditional was bred by Brendan Ferris out of Gorrie Vale, an unraced daughter of Saddlers' Hall and Beauvale Pilgrim, in turn an unraced Muhtarram half-sister to Cardinal Hill who was sent off favourite in the Supreme Novices' Hurdle won by Hors La Loi but unseated Paul Carberry when in second at two out.

Cardinal Hill atoned for that mishap by winning a Fairyhouse Grade 2 and the Grade 1 Punchestown Champion Novice Hurdle on his next two outings.

The Conditional's success will give those operating on a budget hope, as he was sourced by his original owner Deirdre Hassett for a mere €9,000 as a three-year-old at the Tattersalls Ireland August National Hunt Sale. 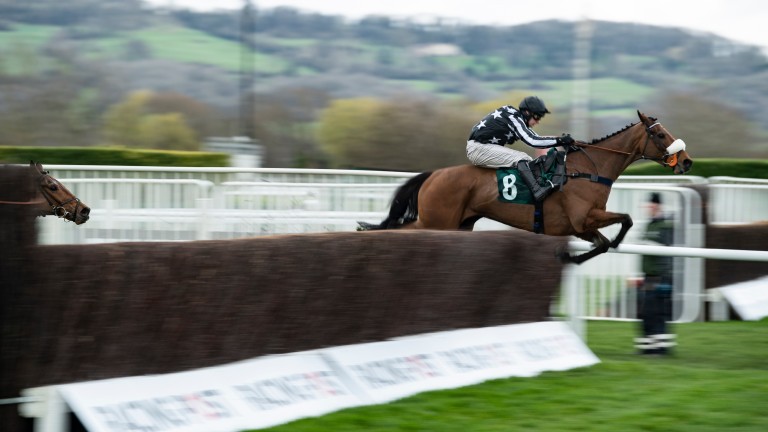 Imperial Aura flies the last in the Northern Trust Company Novices' Handicap Chase
Edward Whitaker
Imperial Aura may have cost more than The Conditional, but the €26,000 Imperial Racing paid for him at the Goffs Land Rover Sale certainly looks money well spent now as the Kim Bailey-trained seven-year-old recorded his biggest career success to date.

Bred by Headfield Farm, Imperial Aura is out of Missindependence, a daughter of Executive Perk who won a Punchestown bumper while in training with Charlie Swan.

Kalanisi's impact was not only felt through the successes of The Conditional and Imperial Aura, as he was also represented by Champion Hurdle third Darver Star. He may not be done at this year's Festival, either, as his son Honest Vic would not be without a chance in the Coral Cup on Wednesday.

Five other stallions supplied a winner on day one, with Sholokhov represented by Shishkin in the Skybet Supreme Novices' Hurdle; Put The Kettle On put Stowaway's name in lights in the Racing Post Arkle; popular young sire No Risk At All landed a first festival winner with Epatante in the Unibet Champion Hurdle; Sulamani struck with Honeysuckle in the Close Brothers Mares' Hurdle; while Winged Love supplied National Hunt Challenge Cup Amateur Riders' Novices' Chase winner Ravenhill.

Read more from day one of the Cheltenham Festival:

FIRST PUBLISHED 7:02PM, MAR 10 2020
The 24-year-old son of Doyoun - who is into his 13th covering season at the Flood family's Boardsmill Stud - is no stranger to Festival success