Arc hope Efforia named horse of the year - and gets every vote in one category! 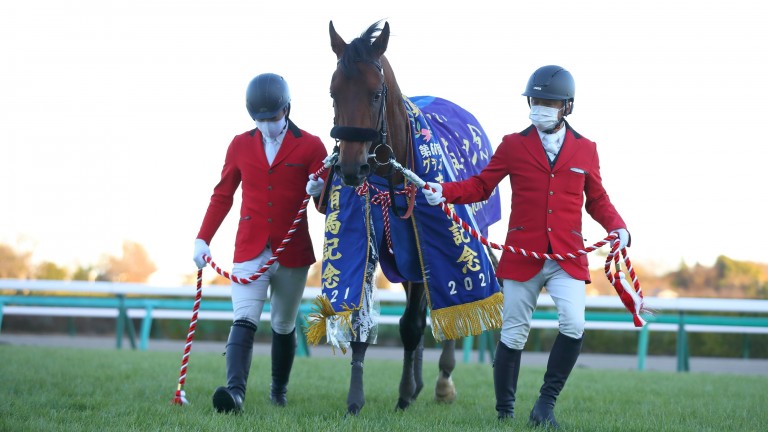 Arima Kinen winner Efforia, who is around a 14-1 shot with British and Irish bookmakers to give Japan a cherished first Arc victory this year, has been named horse of the year in a landslide vote.

The equine awards are selected by the votes of the nation's 296 horseracing journalists - a figure that Britain especially might look upon with some envy.

Before winning the prestigious Arima Kinen at Nakayama on Boxing Day, the son of Epiphaneia beat Contrail in the Tenno Sho (Autumn) and in the spring had won the Satsuki Sho, the Japanese 2,000 Guineas. He was beaten a nose by Shahryar when attempting a Classic double in the Derby.

Hiroaki Akita, president and CEO of the Carrot Farm Company which owns him, said: "Thank you for this very prestigious award. We would like to thank not only Efforia but everyone who has been involved in and supported Efforia.

"He won four from five starts in 2021. We can guess that the burden on his body was considerable because he is a horse who always runs at full power. Above all, I am glad that he was able to run safely throughout the year without serious injury, and I would like to praise him. I sincerely hope that he will run safely this year as well."

He added: "He will run in the Osaka Hai as his first race in 2022. We have decided on a domestic campaign in the spring season, because some of the Arima Kinen winners weren't able to get a good result in Dubai and so on due to tiredness."

Jockey Takeshi Yokoyama said: "I am happy that Efforia has been selected as the JRA horse of the year. I have had various experiences with him, and I am very grateful not only to Efforia but also to the people involved. In the future, I would like to continue to race together so that I am able to honour the horse of the year award." 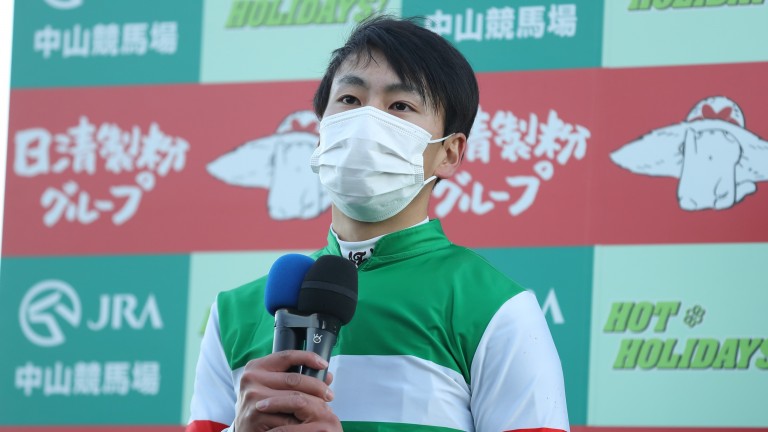 Yoshito Yahagi received the best trainer award, by races won, and was the handler of Contrail, winner of the 2021 Japan Cup, and Loves Only You, both by Deep Impact.

He said: "I really wanted more fans to see Contrail, but I am very sorry that he could race only three times last year due to the tough fight with his leg problems. I think he was finally able to show his strength at the end in the Japan Cup. Now the job of sire is waiting for him.

"I'm glad that my race choices for Loves Only You and her growth matched. I am looking forward to having a good child from her as her next job is waiting for her too."

He added on his own year: "In particular I was really happy because I couldn't think of winning twice at the Breeders' Cup. I would like to express my sincere gratitude to the fans who supported me, the horses who ran hard, and the staff. Last year some excellent horses retired, so I think this year will be hard for me."

Best older filly or mare: Loves Only You (Yoshito Yahagi)

*The MVJ is determined by points allotted a jockey for his or her ranking in four different categories for designated JRA, NAR and overseas races

FIRST PUBLISHED 11:21AM, JAN 12 2022
We can guess that the burden on his body was considerable because he is a horse who always runs at full power