Admirable Arc heroine Found has her first foal on the ground 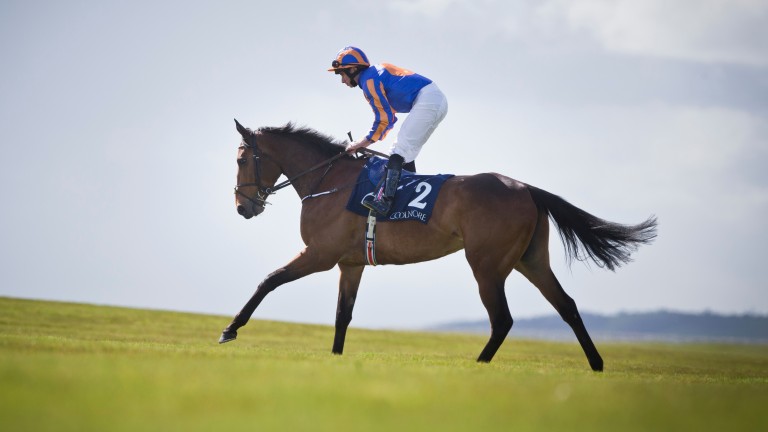 Found: not just by Galileo, but also out of Lockinge heroine Red Evie
Patrick McCann
1 of 1
By Martin Stevens 2:48PM, JUN 5 2018

Found, who led home a famous one-two-three for Aidan O'Brien when she beat Highland Reel and Order Of St George in the Prix de l'Arc de Triomphe in 2016, produced her first foal for Coolmore last month.

The Galileo mare's new arrival is a colt by War Front born May 10 according to registrations on Equineline.

War Front has been one of Coolmore's preferred outcross stallions to cover their many high-class and well-bred daughters of Galileo in recent years.

The Claiborne Farm stallion has rewarded the organisation by giving them last year's champion two-year-old US Navy Flag and his three-time Group 1-winning sister Roly Poly, both out of Galileo's brilliant daughter Misty For Me, and Middle Park Stakes runner-up Fleet Review, out of A Star Is Born, a Galileo sister to Rip Van Winkle.

Found, who is not only by Galileo but out of Lockinge Stakes heroine Red Evie, also took the scalp of Golden Horn to land the Breeders' Cup Turf. She was in the first three in all but one of her 21 starts – 20 of them in black-type contests – and achieved podium finishes in 15 Group/Grade 1 events.

Misty For Me has produced a full-sister to Roly Poly and US Navy Flag this year, while the auspiciously named Coolmore, a Group 3-winning sister to Gleneagles, Happily and Marvellous, has delivered her first foal, a colt by War Front. Irish 1,000 Guineas heroine Marvellous herself produced a colt by the sire last month.

Among the other notable Galileo mares who have 2018 foals by War Front recorded on Equineline are A Star Is Born (a filly); Curvy, a Grade 1-winning half-sister to Power (a colt); Faufiler, a Grade 3-winning daughter of Six Perfections (a filly); Magical Dream, a Group 3-winning sister to Found (a colt); dual Grade 1 heroine Photo Call (a filly); Group 3 scorer Pretty Perfect (a filly); and Group 2 winner Wedding Vow (a colt).

Masar: an absorbing pedigree and a crucial win for Godolphin breeding