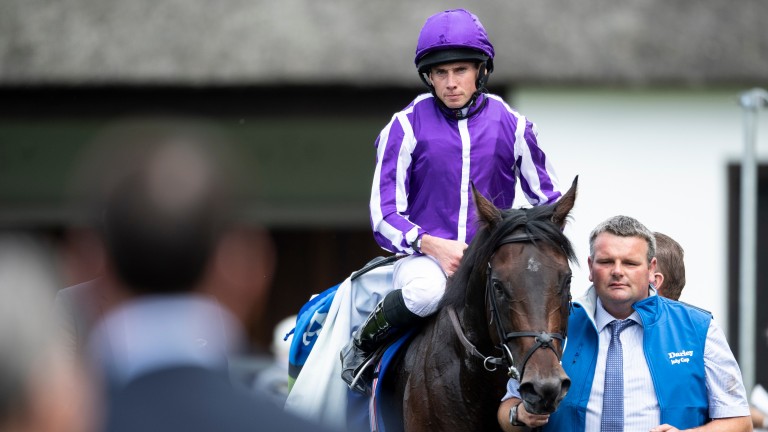 Sprint sensation Ten Sovereigns has been retired to join his successful sire No Nay Never on the roster at Coolmore in Fethard next year.

The colt turned heads when he strolled to a seven-length victory over 24 rivals in a six-furlong Curragh maiden on debut, and confirmed the impression he was a star in the making when a wide margin winner of the Group 3 Round Tower Stakes just a week later.

He made it three wins from three starts at two by defeating the useful Jash in the Middle Park Stakes, with the pair pulling clear of the remainder of the field.

Ten Sovereigns started favourite for the 2,000 Guineas on his three-year-old bow this season and ran a creditable fifth over a distance that stretched him. Dropped in trip he ran fourth in the Commonwealth Cup before posting an impressive victory in the July Cup, with Group 1 winners Advertise, Fairyland and Pretty Pollyanna in arrears.

He was last seen finishing last in the Everest at Randwick, although trainer Aidan O'Brien felt the colt didn't handle racing around a bend for the first time.

“Ten Sovereigns has great power and great presence,” said Coolmore’s David O’Loughlin. “He’s the second-fastest July Cup winner and the third-fastest Middle Park winner of all time and is by a seriously good sire in No Nay Never.

"I have no doubt that breeders are going to love him.”

Ten Sovereigns is one of 19 stakes winners to have emerged from the first two crops of No Nay Never, winner of the Norfolk Stakes and Prix Morny in his own racing career.

On the back of No Nay Never's flying start with his debut juvenile runners last year, his covering fee was hiked to €100,000 from €25,000 and he has become a stallion of priceless importance to Coolmore as he is by the short-lived Scat Daddy and his pedigree contains no Sadler's Wells or Danehill blood.

This year No Nay Never covered star mares such as Alexandrova, Bracelet and Yesterday, while he has already been appointed as the first date for Hermosa and Magical, both multiple Group 1 winners by Galileo owned by Coolmore, as they begin their broodmare careers in 2020.

Ten Sovereigns was bred by Camas Park, Lynch Bages and Summerhill out of the Listed-placed Exceed And Excel mare Seeking Solace, a half-sister to Group 2 runner-up Flash Fire from the family of Australian Group 1 winner Shamal Wind.

His fee, along with those for all the Coolmore roster, will be announced in the coming weeks.

Ruler Of The World relocated to Haras de Bouquetot for 2020

FIRST PUBLISHED 5:08PM, OCT 31 2019
He’s the second-fastest July Cup winner and the third-fastest Middle Park winner of all time and is by a seriously good sire in No Nay Never