The Lanwades Stud supremo has two homebreds at this year's auction 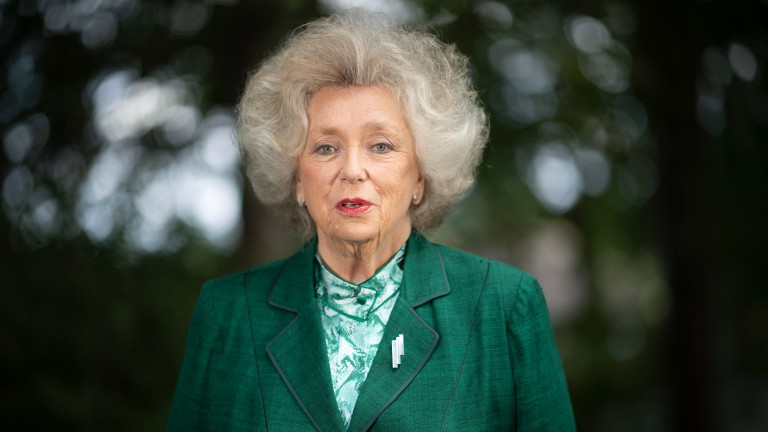 Kirsten Rausing: “It gives me tremendous pleasure to have a number of Australian black-type winners."
Edward Whitaker (racingpost.com/photos)
1 of 1
By Alex Wiltshire of ANZ Bloodstock News UPDATED 5:35PM, OCT 24 2021

Zaaki may not have been afforded the chance to add to his Group 1 haul in Saturday’s Cox Plate, however, for his breeder Kirsten Rausing and the Tattersalls Horses in Training sale itself, he remains the flagbearer of both operations as potent sources of elite-level winners in Australia.

An elevated temperature ruled the seven-year-old out of the feature weight-for-age contest at Moonee Valley, but his wins in the Doomben Cup and Underwood Stakes pin him as the prevailing poster boy for European-bred, Australian success since his 150,000gns purchase by Stuart Boman and Annabel Neasham at last year’s Autumn Horses in Training Sale from the Sir Michael Stoute consignment.

“It would have been great had he been able to run, but I hope he’s all right in the long term,” Rausing said of Zaaki.

“I wouldn’t say I was expecting him to win Group 1 races, but I was certainly expecting him to go on and win there. On his European form, he was well able to figure at the top level in Australia.

“The horse is very adaptable and durable. He was deemed good enough to send to Hong Kong where he ran in the Hong Kong Mile there. 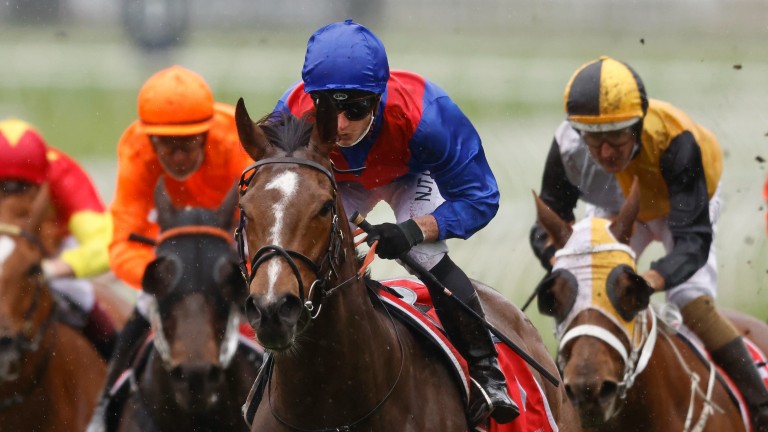 “It’s interesting to see that he goes further in distance in Australia than he ever did here.”

Zaaki is one of four Australian stakes winners to have been raised on the Lanwades Stud pastures, just outside of Newmarket, along with Le Don De Vie, that, with Zaaki, makes up the two Australian stakes winners by former Lanwades Stud resident Leroidesanimaux, while Port Adelaide Cup winner Wyclif, one of Danny O’Brien and Jeremy Brummitt’s Tattersalls yearling purchases, and the Chris Waller-trained My Nordic Hero complete the quartet.

“It gives me tremendous pleasure to have a number of Australian black type winners. Every single horse bar one that has been sent to Australia and has been bred at Lanwades has won black type races, which must be some sort of record,” Rausing continued, who can also lay claim to Saturday’s Moonee Valley Cup fourth Pondus, a stakes winner in the Ireland.

Rausing is hoping there is the potential for further success Down Under with two lots consigned for this week’s Horses in Training sale that may make for attractive appeal in Australian quarters.

Lot 667 is Alignak, a five-year-old son of Lanwades Stud resident Sea The Moon, who was represented by Sydney raider Favorite Moon in claiming the NE Manion Cup at Rosehill this year.

Like Zaaki, Alignak is being offered from the stable of Sir Michael Stoute, while Aleas is catalogued as Lot 1047, with both, Rausing says, holding a similar profile to Australian dual Group 1 winner Zaaki.

“Alignak is not too dissimilar to Zaaki, but in distance he goes further and I’d say in Australia he’d certainly want to go a mile and a half.

“If anything, he’s rated slightly higher than Zaaki was here and has less mileage on the clock. Therefore hopefully he has more in front of him, but he is an exciting prospect for racing overseas,” said Rausing, who made note of the exceptional demand from Australian buyers in European bloodstock in recent years.

“The market follows the money; whether it be guns, butter or good horses.”

Zaaki is one six stakes winners this calendar year to have been purchased from the Tattersalls Horses in Training Sale, while another graduate of last year’s sale, Floating Artist, a three-time Australian winner, came to within a whisker of landing a Group 2 when running second in Saturday’s Moonee Valley Cup. 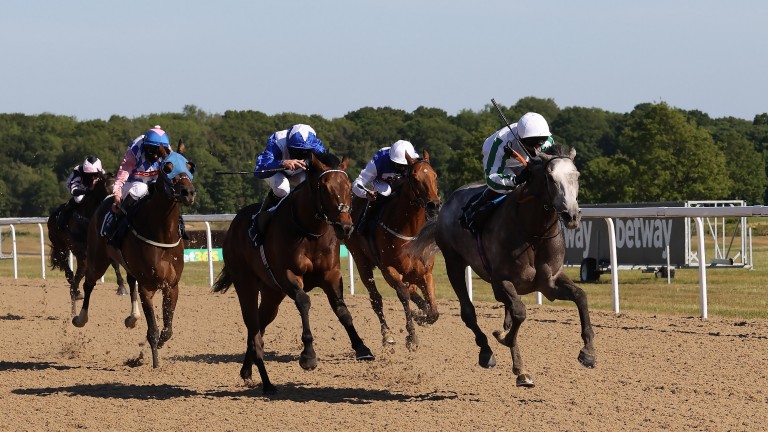 Alignak (grey): "He is not too dissimilar to Zaaki."
JOHN GROSSICK

Since 2015, there have been 38 Australian stakes winners from the Tattersalls Autumn Horses in Training Sale, with five Group 1 winners, and Tattersalls’ marketing director Jimmy George is expecting high levels of demand once more, with the top three lots from last year’s sale having gone to Australian buyers, headed by the 925,000gns purchase of English King.

“It’s become a very, very popular fixture with Australian buyers and for all the right reasons. It consistently turns out very high-class horses in Australia,” George said.

“They [graduates] are coming thick and fast and Zaaki has been a huge advertisement for the sale but also for the quality of horses in training sourced out of Tattersalls in Europe.”

Australian buyers will be able to indulge in an extended offering from Shadwell, with 154 lots catalogued from the global operation, which follows the death of their founder Sheikh Hamdan Al Maktoum in March this year.

“I think we’ve got a really good catalogue with plenty to appeal to interest from the southern hemisphere,” George continued.

“And that’s the key to it, we consistently get consignments from all of the major owner-breeders, and they’re picked over very carefully by all the overseas buyers and Australians in particular have had a great amount of success from the bigger outfits like Godolphin, Juddmonte and Shadwell.”

Bidding on the 1,577-strong catalogue gets under way at 9.30am BST on Monday.

FIRST PUBLISHED 5:09PM, OCT 24 2021
On his European form, he was well able to figure at the top level in Australia