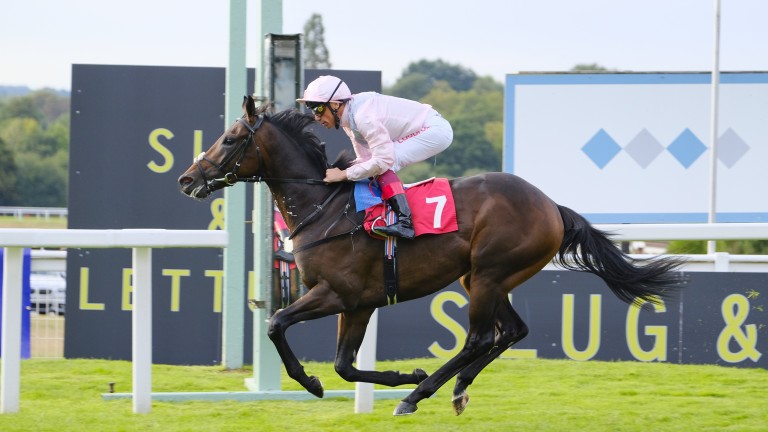 Whether the two-year-old mile maiden (6.27) at Sandown on Thursday throws up a colt like Too Darn Hot - winner of the race three years ago - is a big ask, but it looks a rendition well worth checking out nonetheless.

Making his debut is Frankel’s son Westover, trained by Ralph Beckett. The Juddmonte homebred is out of Lear Fan’s daughter Mirabilis, making him a brother to Group 3 and dual Listed winner Monarchs Glen and winning stablemate Fabilis, who was in action at Glorious Goodwood last week.

Westover is one of three interesting newcomers in the race, along with Kirsten Rausing’s homebred Allen Key and Soul Stopper, who will carry the silks of Sheikh Mohammed Obaid, having been picked up for 140,000gns at last year’s Tattersalls October Book 1 sale. The latter is closely related to Group 3 Chartwell Fillies’ Stakes winner Perfect Tribute.

The three debutants will have their work cut out against three with one run under their belt, notably Cable Bay’s son Bullet Force, a decent second at this track over a furlong less last month. He carries the Amo Racing silks.

Among the newcomers to note at Yarmouth, also on Thursday, is Thunder Valley in the 6f novice (2.40). The juvenile was bred by former Racing & Football Outlook editor Sean Gollogly out of his Rock Of Gibraltar mare Moonstone Rock.

The son of Night Of Thunder evidently took the eye of Sheikh Juma Dalmook Al Maktoum, from the Rabbah Bloodstock family, as he was a 46,000gns recruit at Tattersalls October Book 3 last autumn. Good luck to the James Tate-trained colt and his connections.

There are one or two other interesting newcomers in the ten-runner contest, in which dual winner Dig Two sets a fair standard, though he has to concede 9lb all round.

Leopardstown’s twilight card contains a bona fide star in Tarnawa, and also a couple of maidens, the second of which, the nine-furlong heat (5.50), will see Lady O’Reilly’s gelded son of Kingman, Bora Bora, make his debut.

Out of High Chaparral’s daughter Beach Bunny, the three-year-old is closely related to Listed winner Beach Belle and a half-brother to dual Listed winner Naadirr.

The Dermot Weld-trained horse has 11 rivals, one of which is Lloyd Williams’ debutant Collins Street, who is related to several winners.

FIRST PUBLISHED 12:56PM, AUG 4 2021
The three debutants will have their work cut out against three with one run under their belt, notably Cable Bay’s son Bullet Force