Death of comedian - and National Hunt breeder - Jethro at 73

Cornishman once had stars such as Absalom's Lady and Mistinguette 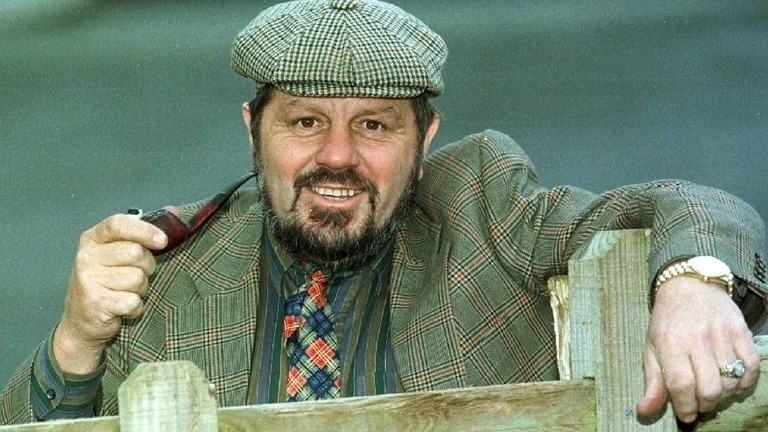 Cornish comedian Jethro, who at one time had a truly high-class string of National Hunt broodmares, died on Tuesday aged 73. His family confirmed in a statement that he had contracted Covid-19.

Jethro’s on-stage persona led to appearances on Saturday night television and the Royal Variety Show, even if his near-the-knuckle humour led him to be confined to clubs and concert halls in later times and he had announced his retirement last year.

However, in real life Geoffrey Rowe was a very private individual who got deeply into horse breeding on his Devon farm more than a decade or so ago.

He bred from the likes of Cleeve Hurdle winner Mistinguett - who produced several six-figure sales for Jethro Bloodstock - and the high-class Haldon Gold Cup and Christmas Hurdle scorer Absalom’s Lady. He also had a full-sister to Best Mate, Flying Iris and was involved in the stallion Rocamadour.

We are saddened to hear of the passing of legendary Cornish Comedian Jethro at the age of 73. Jethro appeared at the Kings many times in his career and last performed here in 2014. He will be sadly missed and our thoughts go out to his family and friends at this difficult time. pic.twitter.com/PwsqXyPY0R

In a rare interview about horses with the Daily Mail in 2006, he had around 20 broodmares including relations to the likes of Baracouda and Azertyuiop and said: "It all started when the Government changed the pension rules. Suddenly, they moved the goalposts and wiped out everyone’s pensions.

"I was looking for something they couldn’t get their hands on and found it in bloodstock. I thought: 'They can’t take blood, can they?' I was watching the Cheltenham Festival on TV and realised someone must be producing these winners."

He was not often seen at the racecourse, adding: "Those huge crowds would put me off," he says. "I’d much prefer to sit beside my fire at home and watch them."

Jethro had largely given up his project in recent times but has been represented by No Comment, who was successful in a chase at Huntingdon last month.

A trained carpenter who worked in a Cornish tin mine before his comedy career took off, Jethro was also a useful rugby player and there have been tributes from around the world of entertainment.

His family, which include partner Jennie and sons Jesse and Lanyon, said: "We will continue to support each other in the knowledge that our lives will never be the same without him."

FIRST PUBLISHED 3:00PM, DEC 15 2021
I was watching the Cheltenham Festival on TV and realised someone must be producing these winners