A galaxy of stars: five of the best horses sired by Galileo 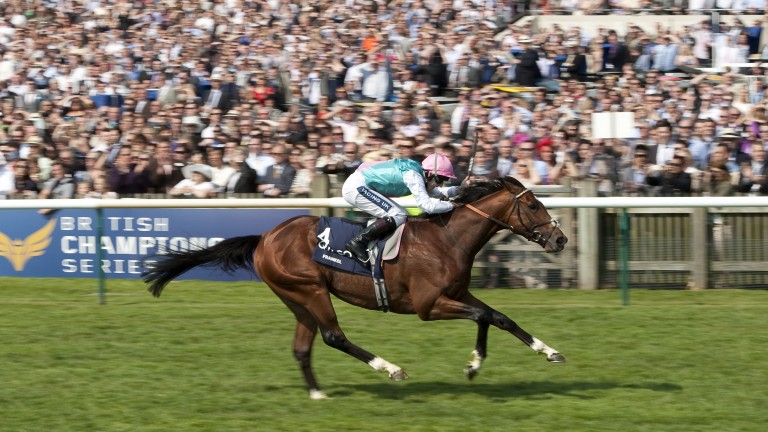 With more than 90 Group or Grade 1 winners in almost two decades of standing at Coolmore Stud, Galileo is now comfortably the most successful stallion in thoroughbred history, having surpassed the tally of his former studmate Danehill last year.

Some truly outstanding performers will not make the cut for his greatest sons and daughters but here are five to stand out.

Not only the late Sir Henry Cecil-trained masterpiece but also Galileo's, being the best racehorse in modern-day rankings with his unforgettable 2,000 Guineas victory in 2011 part of an unbeaten 14-race career.

Following his own retirement a year later, Frankel has evolved into a stallion capable of assuming the mantle of his father and recently sired the winners of both Derbys, Adayar and Hurricane Lane.

He became his sire's first Derby winner when holding off Tartan Bearer in 2008, following on from a glittering and unbeaten career as a juvenile which included wins in the Dewhurst and the National Stakes.

After two more Group 1s, he has become a Derby-winning sire himself from Dalham Hall Stud through Masar, and sired a Classic winner as recently as May with Mac Swiney in the Irish 2,000 Guineas.

Not Galileo's most illustrious offspring given he never managed to land a Classic, but he was by some way his biggest money-earner after landing a remarkable £7,513,355 across 27 starts around the world. 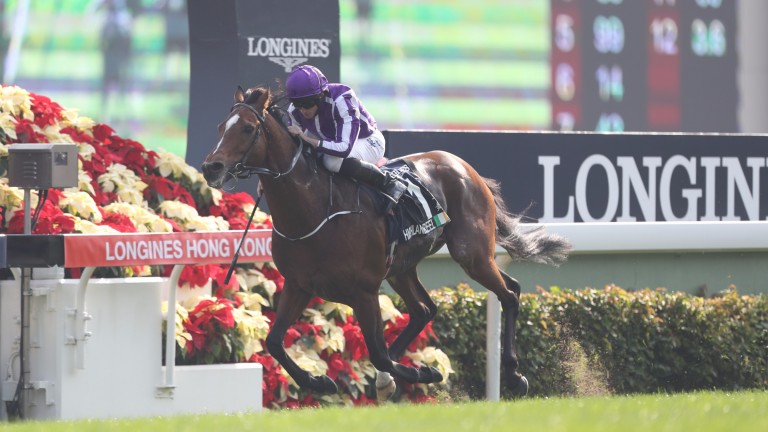 The free-sweating battler claimed the likes of the Hong Kong Vase, Breeders' Cup Turf and the King George VI and Queen Elizabeth Qipco Stakes in four seasons on the track and earned himself a position alongside his father at Coolmore.

A member of Galileo's first crop born in 2003, she swiftly had her sire's name up in lights when trained by Dermot Weld to claim the Irish 1,000 Guineas.

Once retired to the Weld family's Springbank Way Stud, Nightime has been one of the foremost contributors to his ongoing influence as a broodmare sire, most notably as the dam of the popular Eclipse and Juddmonte International hero Ghaiyyath and Man o' War Stakes winner Zhukova.

It was a family affair for Galileo during 2009 as his son Rip Van Winkle was locking horns with his half-brother, the mighty Sea The Stars, who Rip Van Winkle followed home in the Guineas, Derby and the Eclipse.

The Aidan O'Brien-trained star was Galileo's second-best son behind Frankel on Racing Post Ratings, beating Paco Boy in the Sussex Stakes and going on to further glory in the Queen Elizabeth II Stakes and the Juddmonte International.

FIRST PUBLISHED 5:30PM, JUL 10 2021
After two more Group 1s, he has become a Derby-winning sire himself from Dalham Hall Stud through Masar

'Good ground isn't a problem, he'll run on good' | Alan King | What A Shout Glass Slippers joined by Emaraaty Ana in Breeders' Cup defence for Kevin Ryan Vertem Futurity and Cheltenham | ITV Racing Tips | Racing Postcast Can yards work with a conventional staff rota? Nick Alexander shows they can... If you think a jockey should be a role model for your kids, you've got a problem 2021 Vertem Futurity Trophy at Doncaster: the runners, the odds, the verdict