Five lots sold for turnover of €627,000 at live online auction 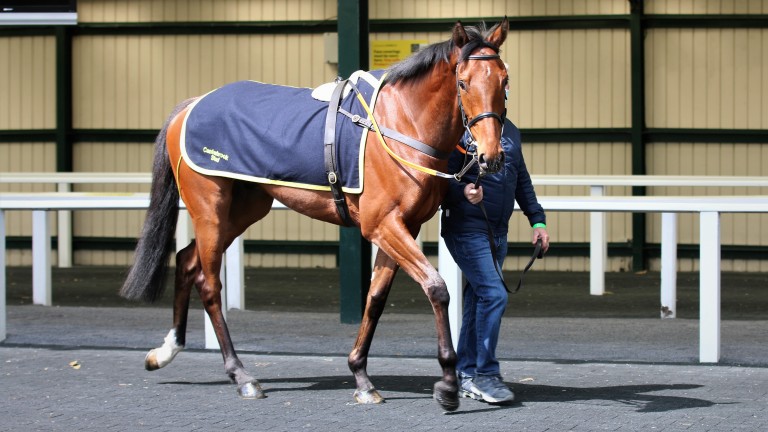 Instead of gracing a packed parade ring before racing, this year's Goffs Punchestown Sale was held as a live online event from an almost deserted Kildare Paddocks on account of ongoing Covid-19 restrictions.

With purchasers unable to attend in person trade did not prove entirely straightforward, with just five of the 15 offered lots changing hands. However, each of the quintet who sold showed a tidy profit, and in turn helped to generate turnover of €627,000, an average price of €125,400 and a €130,000 median.

A mystery purchaser, bidding over the telephone to Goffs' Joey Cullen and signing as Equos, accounted for three of the five sold lots and duly spent €415,000 - 66 per cent of the sale's aggregate.

Goffs said the client wished to remain anonymous, and could reveal only that the party was an "established UK-based buyer".

Heading the buyer's haul was the €155,000 top lot Springwell Bay, who made a highly promising debut on Tuesday when runner-up to Adamantly Chosen in the Goffs Land Rover Bumper for trainer Mags Mullins.

"He's a lovely individual and I think he could end up being a really good horse," said Mullins. "He's a nice big horse, he'd be 16.1 and a half [hands] so he's going to improve a lot. I was delighted with his run at Punchestown and I hope he's really lucky for the new owners." 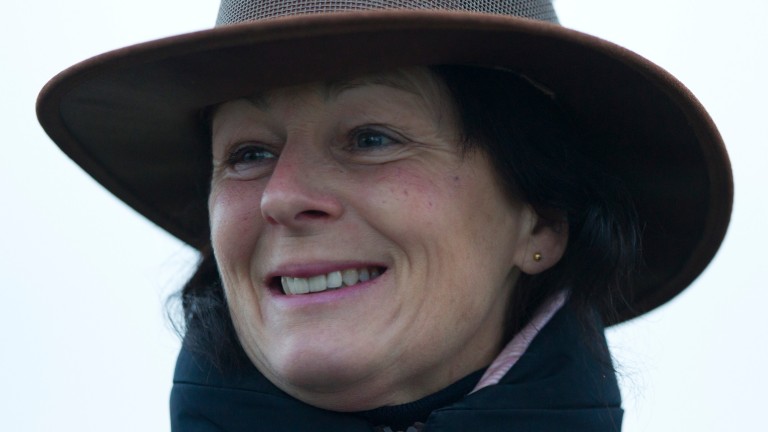 Mullins sourced the four-year-old son of Kayf Tara from last year's Land Rover Sale at a cost of €26,000. As well as having a promising run under his belt, Springwell Bay also boasts an appealing pedigree as he is out of Winning Counsel, a winning half-sister to Grade 1 scorer Dedigout whose first foal is the Grade 2-placed Mint Condition.

"Patrick Hogan had a half share with me and he's delighted as well, so we're very happy with how he sold," said Mullins. "Jimmy Murphy from Redpender Stud recommended him to me, he said he was a lovely horse and he was absolutely right."

Mullins was one of the select few allowed onsite to oversee the sale of Springwell Bay, and although she noted the atmosphere was not what vendors have come to expect on the Goffs sales ground, she declared herself more than happy with the day's business.

"It's all a bit strange but it was good to have the sale on, Goffs have done a good job," she said. "There weren't many people there with it all being online but it was a nice opportunity and when you're making profit you must sell, so I was very happy." 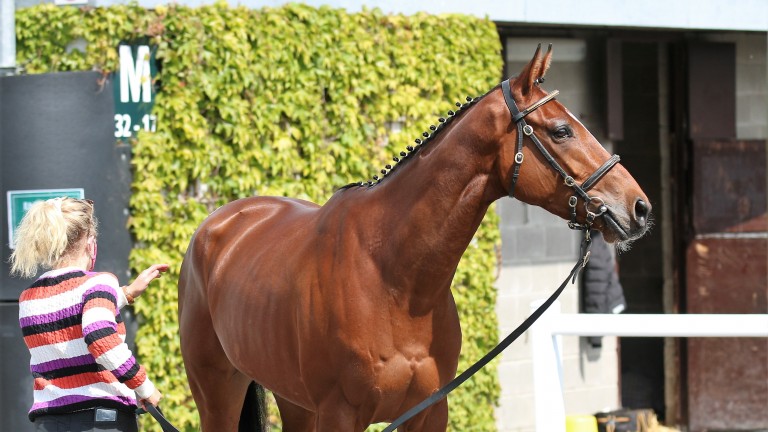 Anyharminasking, a son of Getaway, was making his third appearance at public auction, having fetched €9,000 from Crohane Stud when offered as a foal, before the same operation reoffered him at the Goffs Land Rover Sale, where Monbeg Stables went to €44,000 to take the youngster back to the County Wexford academy.

Anyharminasking is the first foal out of James Slattery's Collen Beag, a daughter of Mountain High who won a bumper and three hurdle races and also gained black type when running third in the Listed Pat Walsh Memorial Mares Hurdle.

Itso Fury, a four-year-old son of Fame And Glory, was offered by Liz Doyle's Sanderscourt Stables, having been signed for by ITSO Bloodstock at €22,000 at the Tattersalls Ireland November National Hunt Sale as a foal. 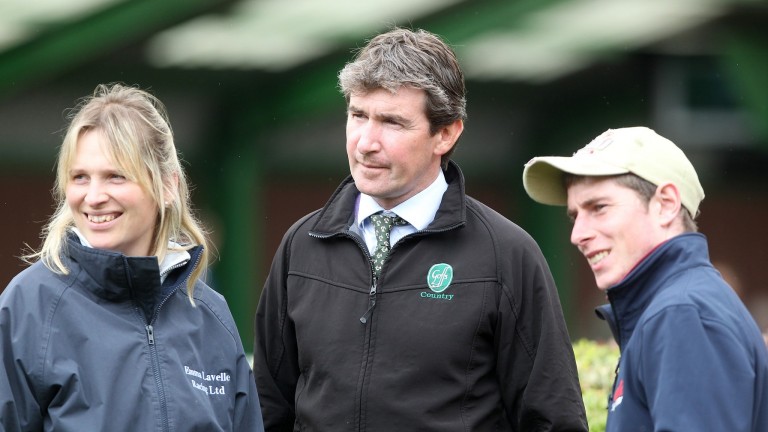 The other buyer to make his mark was agent Gerry Hogan, who gave €130,000 for Fairyhouse bumper runner-up Top Dog and €82,000 for Tipperary maiden scorer Great D'Ange.

"They were bought for existing clients and it's more than likely that both will end up in Britain, although no trainers have been decided upon yet," said Hogan.

"Top Dog's first run was a very smart effort and we're hopeful that he progresses as he has a bit of speed and a load of potential. The other horse is a lovely individual who jumps very well."

Hogan has signed for the Cam Bloodstock-consigned Top Dog on two previous occasions, first as a foal at €20,000 and again at last year's Land Rover Sale at €40,000. The four-year-old son of Leading Light is out of Princess Leya, an Old Vic half-sister to none other than Altior. 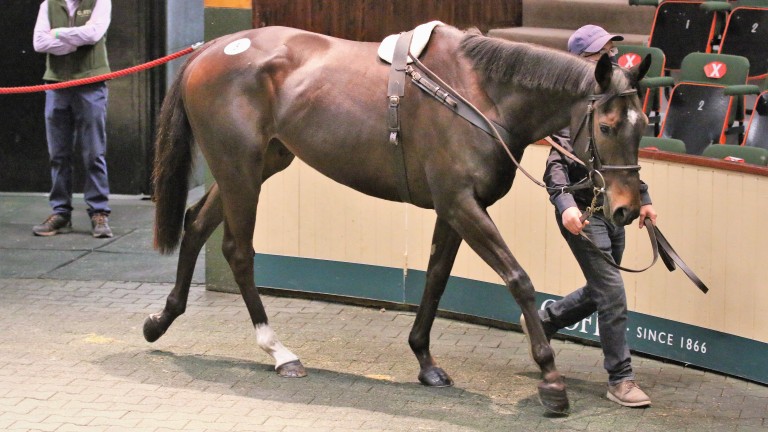 Great D'Ange, a five-year-old son of Great Pretender, made it third time lucky when scoring at Tipperary on Saturday for trainer Michael Goff of Moate Stables.

The relation to smart performers Farouk D'Alene and Triolo D'Alene has been through the sales ring on two other occasions, first when fetching €26,000 from Richard Frisby at Osarus, before Pat Collins gave €42,000 for him at the 2019 Land Rover Sale.

In his end-of-sale statement, Goffs group chief executive Henry Beeby said: "Nobody is suggesting that today’s backdrop was ideal for a sale and we salute those participants who engaged with the concept. Normally we would be selling to a packed winner's enclosure at the iconic Punchestown Festival, but that was obviously not possible this year.

"That said, our superb Goffs Online platform allowed us to comply with all government directives and return a satisfactory trade in some instances.

"As things stand, our next sale will be back to near normal in June and we look forward to welcoming vendors, purchasers and hopefully spectators to Kildare Paddocks for what is shaping up to be a superb Land Rover Sale as we are about to publish the best catalogue yet."