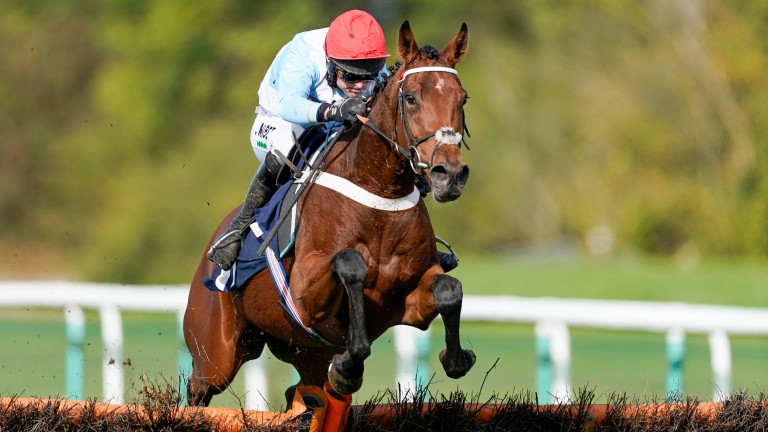 Vegas Blue: stands out among the breeding stock on offer
Alan Crowhurst (Getty Images)
1 of 1
By Bloodstock World staff 10:28AM, MAY 15 2021

The catalogue for the Tattersalls Online Sale on May 25 has been published online.

A total of 35 lots will feature in the fourth sale conducted on the Tattersalls Online platform, including a diverse range of horses with proven form alongside exciting Flat and National Hunt prospects and a selection of breeding stock and two-year-olds.

The headline act with smart form on the Flat is the four-year-old Classical Wave, who boasts two wins and two placed efforts in four starts for trainer Peter Charalambous this season.

Consigned by Highfield Bloodstock, the well-bred son of Gleneagles is from an exceptional Juddmonte family. He is a half-brother to the Classic-placed Weekender and the Listed-placed Media Stream out of a daughter of the remarkable broodmare Hasili, the dam of five individual Group 1 winners. 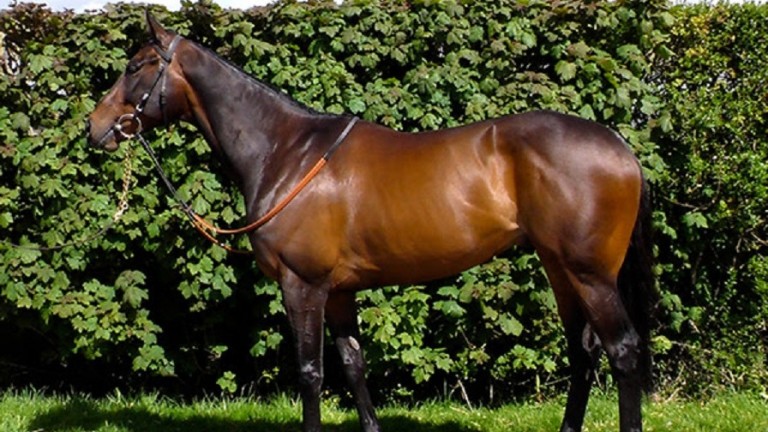 Classical Wave: on a wave this season
Tattersalls

The sale also features the smartly-bred filly Luminesce, the winner of a £25,000 Tattersalls October Book 1 Bonus on her first start as a two-year-old for Ger Lyons last year.

The three-year-old daughter of Muhaarar is out of a half-sister to the Group 1 Sussex Stakes winner Mohaather, dual Grade 2 winner Prize Exhibit and the dam of the Group 1 Queen Anne Stakes victor Accidental Agent.

They will be joined by three promising Flat prospects consigned by Andrew Balding’s Park House Stables, including the three-year-old colt Cover Drive, who recently broke his maiden in good style at Chelmsford on his last start.

Exciting prospects amongst the National Hunt entries include the promising four-year-old gelding Hara Kiri, consigned by Willie Mullins’ Closutton Stables. The French-bred gelding has been placed on his only two runs, including when runner-up on his most recent start in a bumper at the Punchestown Festival.

The highlight amongst the breeding stock on offer is the high-class National Hunt mare Vegas Blue, winner of a Listed bumper at Huntingdon for Nicky Henderson and owners Crimbourne Bloodstock.

The six-year-old daughter of Getaway is out of a half-sister to the five-time Grade 1 winner Bellshill, and is offered in foal to Nathaniel. The sale will also feature broodmares in foal to the promising young sires Kodi Bear and Land Force and two-year-olds by Ribchester and Mount Nelson.

Commenting on the sale, Tattersalls chairman Edmond Mahony said: “The success of the first three sales to be held on the Tattersalls Online platform reflects the confidence that both buyers and vendors have placed in our online product, with six-figure lots already sold to Australia, Hong Kong, South Africa and the USA.

"The entries for the latest sale combine quality and diversity, and look certain to appeal to both domestic and international buyers.”

Details of the available lots, including photos, videos and veterinary information, can be found on www.tattersallsonline.com and prospective purchasers are required to register or log on and join the sale ahead of the commencement of bidding, subject to approval by Tattersalls accounts team.

Bidding will open at 12 noon on Monday, May 24 and will close from 12 noon the following day.

FIRST PUBLISHED 10:28AM, MAY 15 2021
The entries for the latest sale combine quality and diversity, and look certain to appeal to both domestic and international buyers