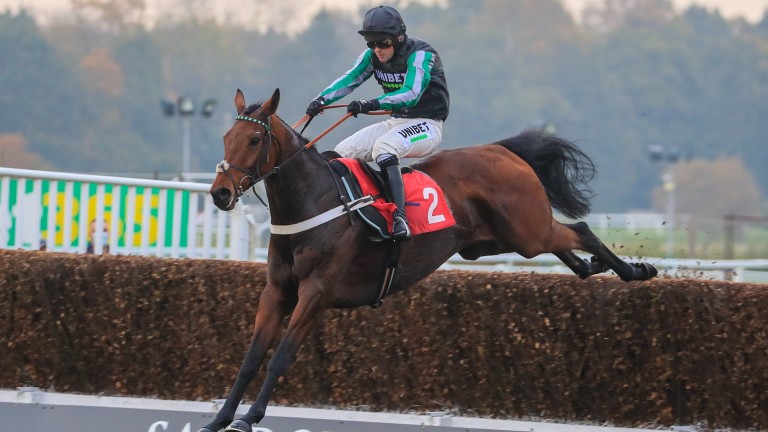 The Goffs UK Spring Horses-in-Training and Point-to-Point Sale takes place from 11am on Wednesday, with day two starting at 10am on Thursday. There are any number of proven or promising lots that catch the eye, but the selection below are certainly among them.

A Listed-winning son of Stowaway, courtesy of his gritty success in the Future Stars Intermediate Chase at Sandown last season, Pym holds some high-class form to his name and is also related to four further winners.

Out of the winning Bob Back mare Liss Rua, the eight-year-old is a six-time winner under rules and hails from the family of Grade 1 hurdle scorer Liss A Paoraigh - 25-length winner of the December Festival Hurdle at Leopardstown - and the multiple Graded-placed hurdler Goodbye Someday.

A Grade 2-placed hurdler himself, Pym's career highlights include defeating Imperial Aura by eight lengths in a Cheltenham novice chase and his Sandown success.

A promising second on her debut in a five-year-old mares' maiden at Tattersalls, the daughter of Mahler is out of a full-sister to the high-class hurdler and chaser Time For Rupert, second to the mighty Big Buck's in the 2010 World Hurdle and whose eight career wins included three at Cheltenham. 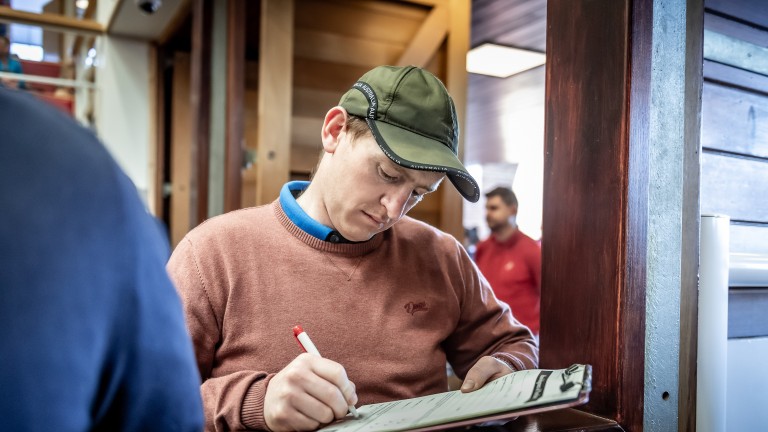 Time For Bell, who is one of a large number of supplementary entries to the sale, has a page littered with black-type performers. Among her family are Thyestes Chase third Minella Fair, Persian War Premier Novices' Hurdle winner Jet Rules and the Grade 2-winning Jet Tabs.

Godolphin's draft invariably proves highly popular and among their team this year is Moonlight Spirit, winner of the Group 3 Prix de Lutece in 2019 and also a fine second to subsequent Group 1 winner Technician in the Group 2 Prix Chaudenay.

A son of the mighty Dubawi and out of a Monsun half-sister to Dubai Sheema Classic winner Eastern Anthem, he could be another Sceptical, who was sold by the leading operation for just £2,800 to James McAuley at the 2018 Goffs UK August Sale.

Out of the multiple winning Rudimentary mare Top Of The Class, the ten-year-old has also placed behind Smad Place and Cloudy Dream in a brace of Grade 2 contests.

He showed some smart form in his first two starts last season, including when fourth to the subsequent Melling Chase second Nuts Well in the Old Roan Chase.

The winner of the 2018 Close Brothers Novices' Handicap Chase and then the Grade 2 Silver Trophy at Cheltenham the following year, the son of Court Cave will likely prove a popular lot at Doncaster this year. 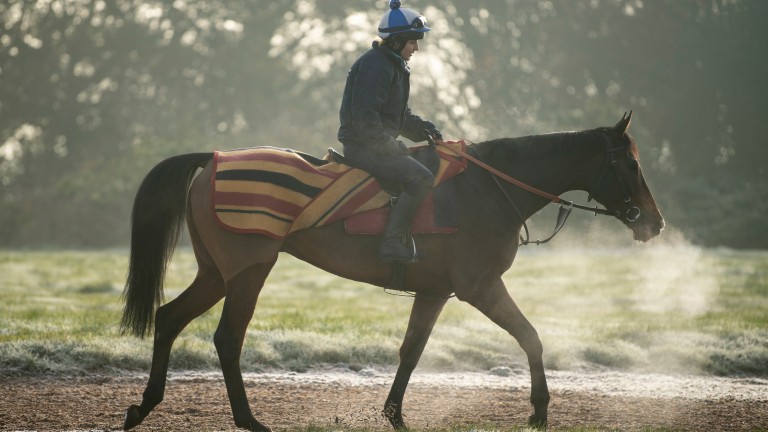 The gelding is a half-brother to four individual winners in total, with the winning and Listed-placed hurdler Christdalo also among his relations.

Another Grade 2-winning performer from Mick Channon's yard, Glen Forsa is out of a half-sister to Tolworth Hurdle third Bracey Run and enjoyed his finest hour on the track to date when defeating Kalashnikov by 19 lengths in the rearranged Kingmaker Novices' Chase at Sandown.

A three-time winner over fences, the nine-year-old was not seen to best effect last term but there is no doubting his abundant talent. He is a half-brother to two winners including Don't Ask, the winner of a Southwell handicap chase for Alex Hales earlier this month.

By Galileo and out of a European champion two-year-old and champion older mare in Finsceal Beo, it is perhaps reasonable to suggest this gelding was bred for bigger and better things but he has still managed to win over hurdles.

Based with Richard Newland last season, the six-year-old was twice placed, while he was useful enough on the Flat to finish second on his final start for Aidan O'Brien.

A three-parts brother to Beresford Stakes winner Ol' Man River and the winning La Figlia - a €1,800,000 purchase as a foal from the Goffs November Foal Sale - it will be fascinating to see how he fares through the Goffs UK sales ring.

FIRST PUBLISHED 11:57AM, MAY 18 2021
A son of the mighty Dubawi and out of a Monsun half-sister to Dubai Sheema Classic winner Eastern Anthem, he could be another Sceptical