Frankel fever set to sweep Tattersalls once more on Thursday 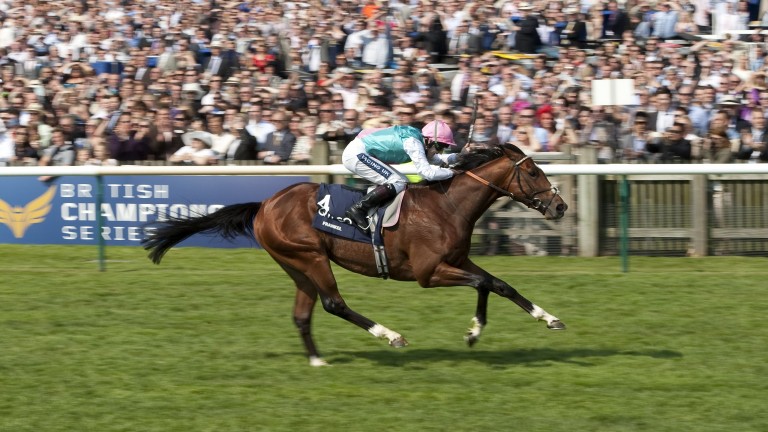 Book 1 of the Tattersalls October Yearling Sale concludes on Thursday and here we pick out a handful of youngsters who are the first foals of their dams and that are among those who catch the eye at Park Paddocks.

As first coverings go, there can’t be much better than Frankel and for a Group 3 winner, who is closely related to a Group 1 star, he is the obvious choice.

Big Brothers Pride won the Group 3 Prix Sigy at Chantilly for Francois Rohaut and the Invincible Spirit three-parts sister to Group 1 Prix Maurice de Gheest was bought for 975,000gns by BBA Ireland at the end of her three-year-old season.

She was sent to Frankel for her first cover and the resulting foal is this filly. Big Brothers Pride also has a colt foal by the reigning champion sire.

Frankel has sired the Group 1 Metropolitan Handicap winner Mirage Dancer out of a daughter of Green Desert and multiple Group winners out of mares by Oasis Dream and Cape Cross, so the promise of this cross is exciting. 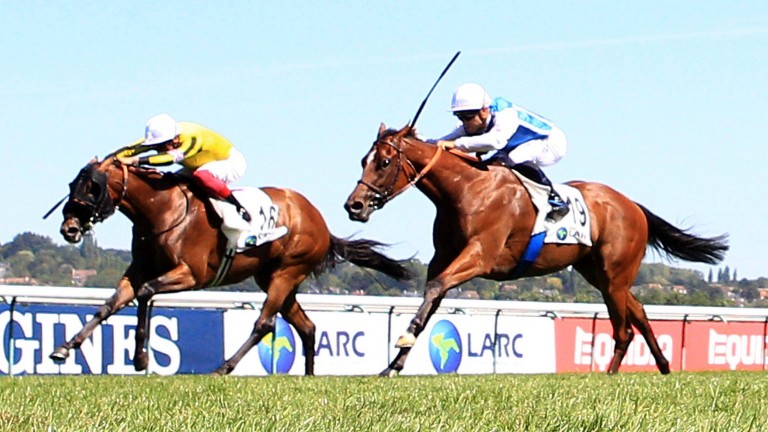 She comes from a top-class Wildenstein family as second dam Polygreen, by Green Tune, won the Listed Prix d’Angerville and, in addition to Polydream and Big Brothers Pride, is the dam of Listed winner Evaporation, by Red Ransom, who was placed on numerous occasions in Group 2 and Group 3 contests.

Zoustar is flying high in both hemispheres, with two new Group 1 winners just in time for the biggest European yearling sales, including a first top-level northern hemisphere winner, the Cheveley Park Stakes heroine Lezoo, from his debut Tweenhills crop.

This filly is the first foal of Carolinae, who was a tough and talented performer, running 31 times over four seasons. The highlight of her career was her success in the Listed Queen Charlotte Stakes at Chelmsford as a six-year-old, having previously been third in the Listed Kilvington Stakes. 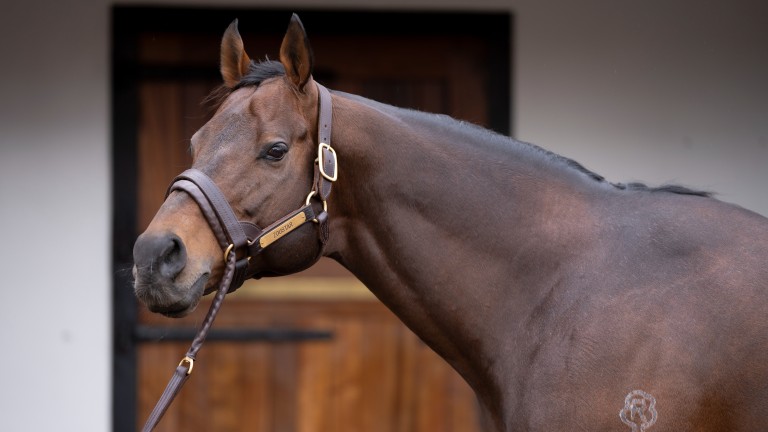 The daughter of Makfi is the best horse under her first three dams but her fourth dam has quite the list of black-type performers descended from her. She is the Coronation Stakes third Someone Special, dam of Juddmonte International and Sun Chariot Stakes winner One So Wonderful, who is the second dam of this season’s Group 3 March Stakes winner and Derby second Hoo Ya Mal.

Another offering from David and Tamso Doyle’s Kildare farm, this filly has exceptional residual value even though her dam is unraced.

She is the only yearling in the sale by leading dual hemisphere sire Fastnet Rock and out of a Kitten’s Joy full-sister to Breeders’ Cup Turf Sprint winner and Lanwades Stud sire Bobby’s Kitten, Camelot Kitten, who was a five time Graded stakes winner, and the stakes winner Major Magic. 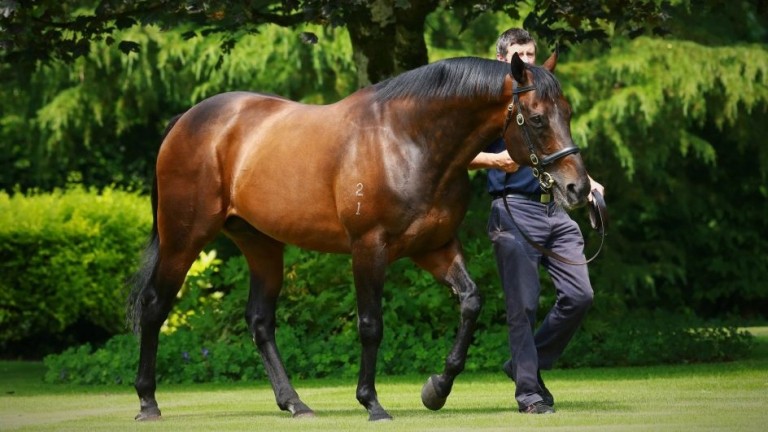 Second dam Celestial Woods is a winning daughter of Forestry and she is a half-sister to Blissful Song, the dam of Chilean triple Group 1 winner Sixties Song and the Group 2 winner Celestial Candy.

Another of her half-sisters, by Jim Bolger's Irish Derby and King George VI Stakes winner St Jovite, is the dam of Lettre De Chateau, a Listed winner in France, and Joiedargent, also Listed-placed in France.

A filly who would adorn any blue-blooded broodmare band, she cost 360,000gns in utero at the 2020 Tattersalls December Mares Sale when purchased by Mags O'Toole from Kiltinan Castle Stud. 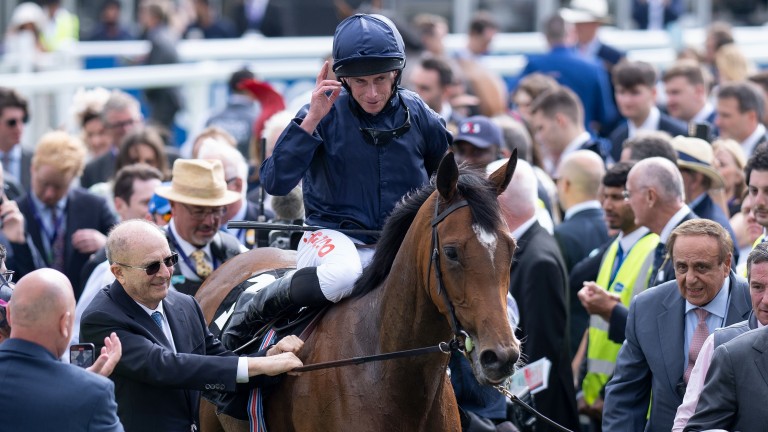 Tuesday and Ryan Moore are led in after winning the Oaks
Edward Whitaker (racingpost.com/photos)

Her dam Contemptuous is an unraced New Approach half-sister to the Coronation Stakes and Matron Stakes winner Lillie Langtry. That daughter of Danehill Dancer is the dam of no fewer than three Classic winners by New Approach's sire Galileo - the outstanding racemare Minding, last season's Irish 1,000 Guineas winner Empress Josephine and this year's Oaks champion Tuesday.

Lillie Langtry is also the dam of Group 3 Derrinstown Stud 1000 Guineas Trial winner Kissed By Angels, a full-sister to those Classic winners. Their two-year-old full-sister Delightful will attempt to get off the mark at Thurles on Thursday afternoon for Ballydoyle and Coolmore.

An unraced daughter of Darshaan, Hoity Toity is also the dam of Listed Celebration Stakes winner Count Of Limonade, by Duke Of Marmalade, and the Dahlia Stakes winner and Grade 3 Autumn Miss Stakes second Danilovna, by Dansili.

Another of her offspring, the Hawk Wing mare Lady Hawkfield, is the dam of Sandown Classic Trial winner Master Apprentice.

As if the pedigree needed further boosting, another Group 1 winner was added under the third dam Hiwaayati at the weekend. Sunday's surprise Group 1 Prix de l'Opera winner Place Du Carrousel, by Lope De Vega, is descended from Sweet Emotion, who was second in the Listed Swinley Stakes at Ascot and is a half-sister to Hoity Toity.

One of just three yearlings in the entire catalogue by the late Kitten's Joy, the leading conduit of the Sadler's Wells line in North America, this colt is an exciting first foal for his talented dam. 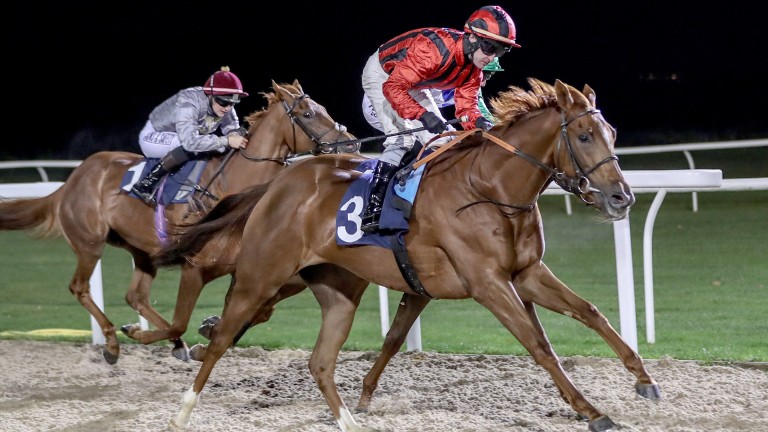 Indian Blessing was a black-type performer on two continents and in six different countries. The daughter of Sepoy won the Group 3 Holstein Cup Stuten Meile in Germany, a Listed race in Scotland and another in France. She was also third in the Grade 1 First Lady Stakes at Keeneland and Group-placed in Ireland and England.

The family traces back to one of the best in Germany; that of Anna Paola. Her fourth dam Anna Matrushka, a daughter of the great mare, is the dam of Accessories, whose sons Helmet and Epaulette were Group 1 winners in Australia and Darley sires.

FIRST PUBLISHED 4:52PM, OCT 5 2022
As first coverings go, there can’t be much better than Frankel