Ebendi bought by Joseph O'Brien for €165,000 at Goffs' single-horse sale 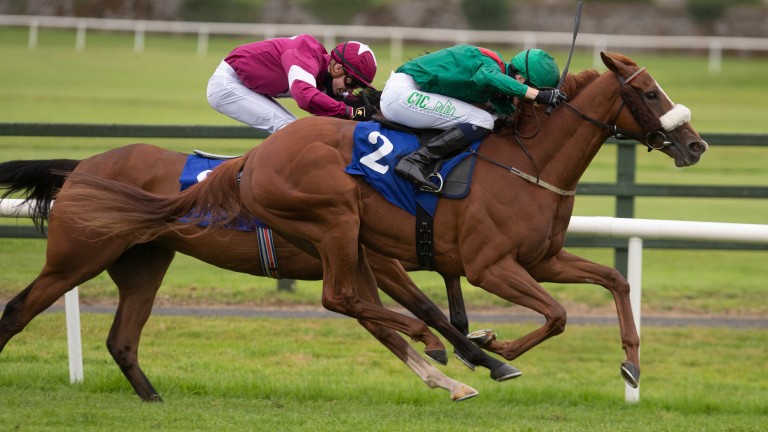 The sale, which opened for bidding at 10am and closed at midday, was the first of its kind.

The gelded three-year-old son of Le Havre, who shed his maiden tag when winning at Killarney in July, attracted 27 bids from prospective buyers across Europe, Australia and South Africa.

Ebendi, who finished runner-up to subsequent Breeders' Cup Mile winner Order Of Australia on his most recent start for Dermot Weld, was due to be sold at the Goffs Autumn Horses in Training Sale but was withdrawn due to being cast in his stable.

Goffs group chief executive Henry Beeby said: "Following the success of our two recent live online sales, we are pleased to have secured a good price for Ebendi in this alternative online format and are grateful to HH The Aga Khan Studs for the opportunity."

FIRST PUBLISHED 1:32PM, NOV 24 2020
We are pleased to have secured a good price for Ebendi in this alternative online format