'Big, strong' top lot on his way to Jeremy Scott for new career over jumps 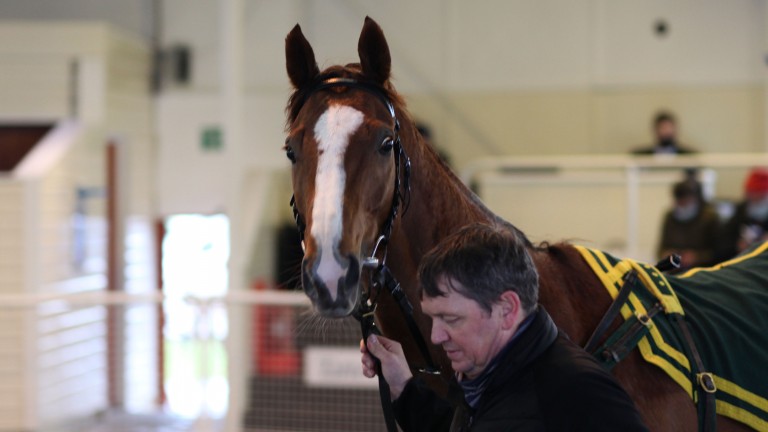 The Tattersalls Ascot December Sale, just the second auction held at the Berkshire venue since December 2019, was dominated by horses in and out of training, with top-lot honours going to Celtic Art, hammered down to Mel Smith, on behalf of Tom Malone, for £39,000.

The four-year-old, consigned by Paul and Ollie Cole’s Whatcombe Stables, boasted a BHA rating of 86 and, while a winner of only one of his 15 starts, he brought a consistent profile into the ring as his CV includes a Listed second at Deauville, while he was also third of four in the Group 3 March Stakes at Goodwood.

Smith revealed that the son of Mastercraftsman would be on his way to the Somerset yard of Jeremy Scott.

“He’s a really big, strong horse with plenty of class,” said Smith, who had her card marked by Alex Cole, racing manager to the gelding’s now former owners Jim and Fitri Hay. “Jumping is the plan but he might end up dual-purpose.”

Celtic Art posted his sole success in a Goodwood maiden at two but had run a couple of decent races the last twice, finishing runner-up at Newmarket and third at Newcastle on his all-weather debut in October.

Sen Ding, a gelded two-year-old son of sire sensation Mehmas, consigned by Castledillon Stud, carried some placed form for the Ger Lyons stable into the ring, including when beaten a neck into third in a Curragh maiden in July, and was knocked down to Stuart Williams for £26,000. 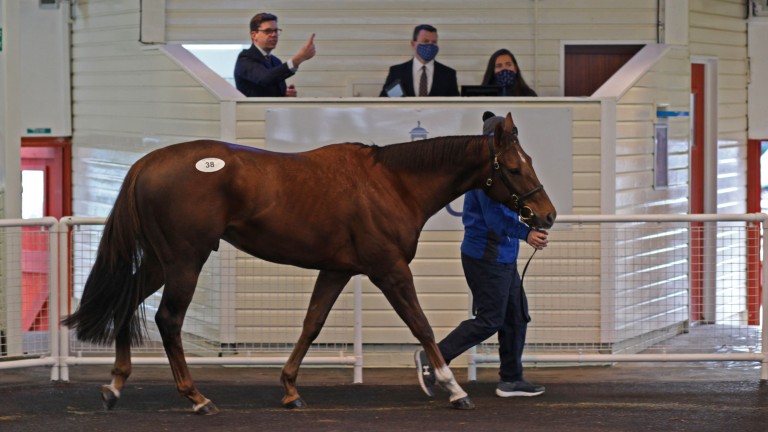 “He looks a nice type for the all-weather and ran a couple of nice races in Ireland,” reasoned the Newmarket trainer. “He’ll be out again soon and doesn't look bad value.”

The first to make any sort of splash on Monday was dual winner Caribou, a wildcard entry consigned by Denis Coakley’s Keeper’s Stables who went the way of agent Ric Riccio for £20,000.

The buyer said: “He’s a dual-purpose horse potentially. We see him as one for staying races on the all-weather, then potentially as a juvenile hurdler. Rob has a good strike-rate on the Flat and he is trying to improve his Flat string.” 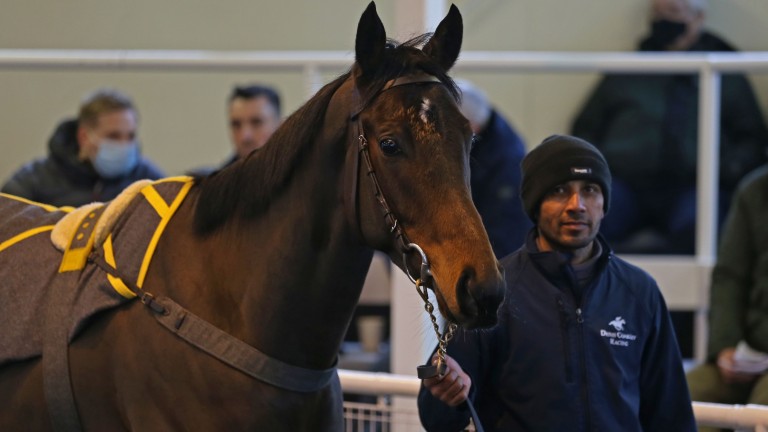 Caribou was the first to grab a headline at Ascot on Monday when selling to Ric Riccio at £20,000
Laura Green

The in-form yard of Olly Murphy offered five-year-old gelding Salley Gardens, a son of Yeats who stood out somewhat on the basis of his career being on an upward trajectory. He has won his last two starts, at Huntingdon and Fakenham, but was bought in at £20,000.

FIRST PUBLISHED 4:03PM, DEC 6 2021
Rob [Stephens] has a good strike-rate on the Flat and he is trying to improve his Flat string