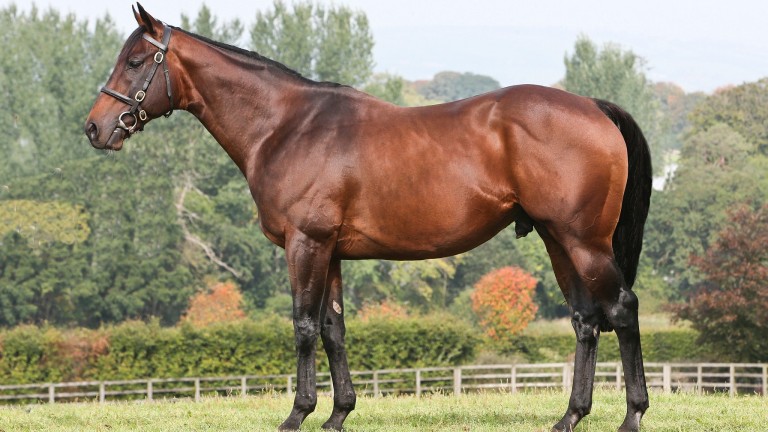 River Boyne came with a strong late run to deny hot favourite Got Stormy on the line and take the Grade 1 Frank E Kilroe Mile at Santa Anita on Saturday.

In the process, the Irish ex-pat became the third top-level winner for Ballyhane Stud's flagship stallion Dandy Man after La Pelosa and Peniaphobia.

Dandy Man, a high-class sprinter from the sole crop of Mozart, is standing his 11th season at Ballyhane at a fee of €15,000 this year.

Ballyhane pinhooked River Boyne, paying €20,000 for him at the Goffs November Foal Sale and reselling him to Aidan O'Ryan and Gordon Elliott for €65,000 in the same ring at the Sportsman's Yearling Sale.

The five-year-old was originally trained by Elliott for the Nick Bradley Racing Club, for whom he ran three times including when second in a Newcastle conditions stakes.

Towards the end of his juvenile season he was sold to his present owners Red Baron's Barn and Rancho Temescal for 70,000gns at the Tattersalls Autumn Horses in Training Sale, and was transferred to be trained by Jeff Mullins in the US.

In his new career stateside he won two Grade 2s at Santa Anita at three – the Twilight Derby and Mathis Brothers Mile – and he came into the Frank E Kilroe Mile on the back of an impressive win in the Grade 3 Thunder Road Stakes at the track last month.

River Boyne was bred by Limestone and Tara Studs out of the unplaced Mark Of Esteem mare Clytha, who has produced four other winners including the fair sprint handicapper Harome (by Bahamian Bounty).

Clytha is a half-sister to Ventiquattrofogli, a top miler in Europe who became a Grade 2 winner at Santa Anita, and German Listed scorer Irish Fighter and is descended from Dermot Weld's 1978 Coronation Stakes heroine Sutton Place.

Clytha has an Alhebayeb two-year-old filly who was a €10,000 vendor buyback at Goffs last year and a yearling filly by Divine Prophet. She returned for another cover by Dandy Man in 2019.