Scott Burton reports from the second session of selling in Deauville 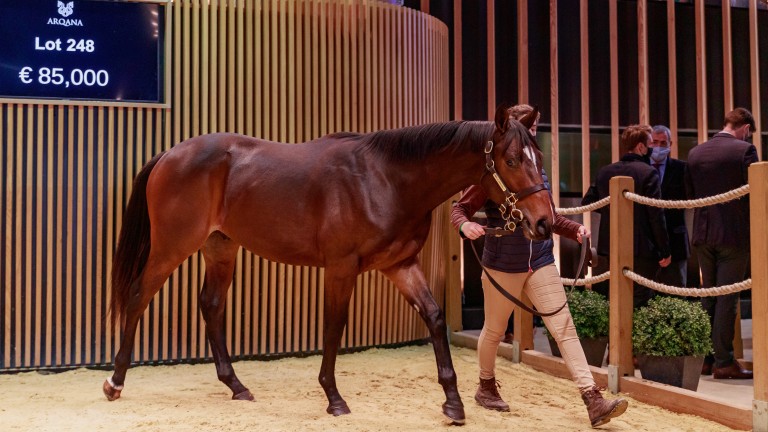 Haras de Bourgeauville scored a notable success on day two of the remodelled Arqana October Yearling Sale as a son of Adlerflug topped trade when secured at €85,000 by Federico Barberini.

The Gestut Schlenderhan flagbearer is not a stallion whose offspring are offered at auction too frequently outside of Germany - Lot 248 was just his third yearling to pass through the ring at Arqana - for all that several of his best runners have prospered abroad.

Savoir Vivre and Moonshiner both produced career highlights in France while In Swoop's recent heroics - trainer Francis Graffard sent him out to win the Deutsches Derby before finishing second in the Arc - will surely raise interest in the son of In The Wings beyond his home market.

Bourgeauville is run privately by Finland's only thoroughbred breeders, and stud principal Philip Lybeck was delighted with the result, which vindicated the choice of Adlerflug. 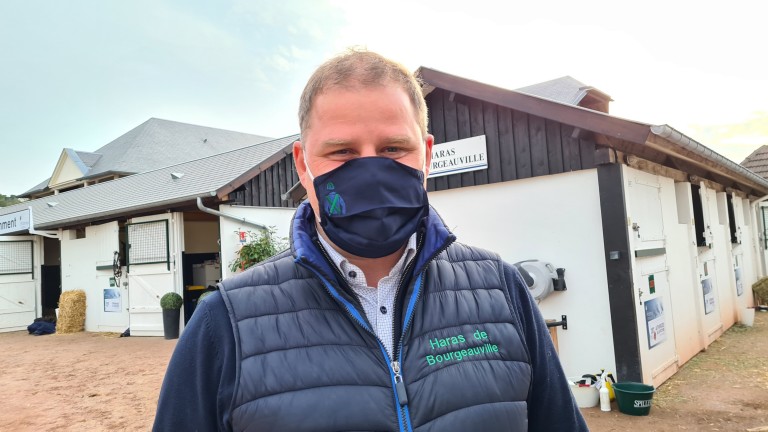 Philip Lybeck, whose Haras de Bourgeauville was responsible for Tuesday's top lot at Arqana, an €85,000 son of Adlerflug
Racing Post/Scott Burton
"I don't think too many mares have been sent to him [from France]," said Lybeck, whose grandmother Amelie Ehrnrooth founded the farm in the early 1990s. "But we liked the sire and he already had quite decent statistics. We thought he would be quite a good mating for the mare, who is strong."

The session-topper's dam is the Spinning World mare Aliyfa, a half-sister to Irish St Leger and Prix du Cadran winner Alandi who was bought at Goffs for €125,000 in 2017.

"We bought the mare from the Aga Khan in foal to Siyouni three years ago and then we sent her to Adlerflug, while she has a Sea The Moon colt," added Lybeck. "We'll see but I'm very happy with this cross; he's a very nice horse and an excellent mover."

The Siyouni filly sold privately to Oceanic Bloodstock last August after being bought back for €110,000 but Lybeck was happy to wait for October with the Adlerflug colt.

"I think it was a good choice to go here as he needed the time," he said. "Yesterday all of ours found their homes except one filly, and she was from a mare who died this year so we are happy to keep her if we can sell the others.

"And the September [Select] sale was perhaps our best ever. Since we first came here in 1992 I've had many bad years so I'm happy to have a good year." 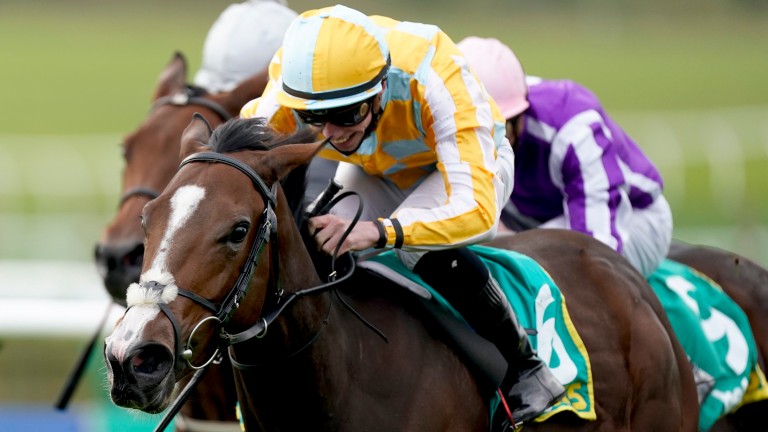 Pretty Gorgeous was co-bred by Haras de Bourgeauville's Philip Lybeck
Getty Images
Lybeck has also had reason to celebrate this year as the co-breeder of Fillies' Mile heroine Pretty Gorgeous in partnership with Haras du Cadran, though with her dam moved on for €40,000 at the December breeding stock sale here two years ago, Lybeck admits that he only has "the glory" left from that adventure.

On a day which in some ways had more of the feel of day three from past editions of this sale, an impressive 83 per cent clearance rate was generated, albeit without making the box-office sums of day one.

Mags O'Toole came out on top at €75,000 for an Authorized filly presented by La Motteraye Consignment (lot 287). Out of a Peintre Celebre daughter of the Wildenstein Family's Prix de Diane and Prix de l'Opera heroine Bright Sky, the filly will head to Ireland.

O'Toole said: "She was the horse I liked the best all week. I love Authorized because of Tiger Roll and I hope she will be a mile and a half filly on the Flat before hopefully going jumping."

Mehmas was raced by Al Shaqab and earned his berth at stud thanks to success in the July Stakes and the Richmond Stakes during his sole season on the racecourse. 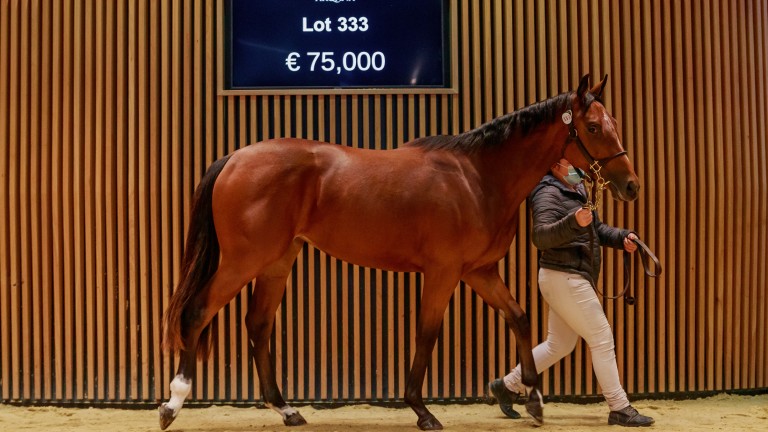 Al Shaqab struck at €75,000 for a daughter of record-breaking first season sire Mehmas
Zuzanna Lupa
Nicolas de Watrigant said: "She was one of the nicest fillies in the sale, and what more is there to say about Mehmas? He's proving himself a very impressive stallion and Al Shaqab are delighted to retain 50 per cent of him."

Dam Epatha has already produced four winners from eight offspring of racing age and herself won the Listed Prix Occitanie, while she is a half-sister to Group 3 winner Skins Game and the dam of Volkan Star.

Rossi has faith in newcomer Attendu

Frederic Rossi has enjoyed the best season of his 20 year training career in 2020 and was on the mark at €72,000 for a Fairway Consignment colt (lot 336) by Haras du Quesnay sire Attendu, whose first yearlings are going through the ring this Autumn.

"He's a nice colt who is quite well bred and who showed well," said Rossi. "He's a racy type and brings together all the things I like in a horse so you expect to pay good money in that situation. We'll see but I think Attendu could be a good sire going forward."

114 of the 139 yearlings offered were sold on Tuesday for an 83 per cent clearance rate, providing further evidence that breeders and consignors have taken a pragmatic view of this week's sale.

On day two of this sale 12 months ago no fewer than nine horses changed hands for six figures but with the reconfiguration of Arqana's season, such heights were never likely on Tuesday.