Daughter of Showcasing won the Renaissance Stakes on Sunday 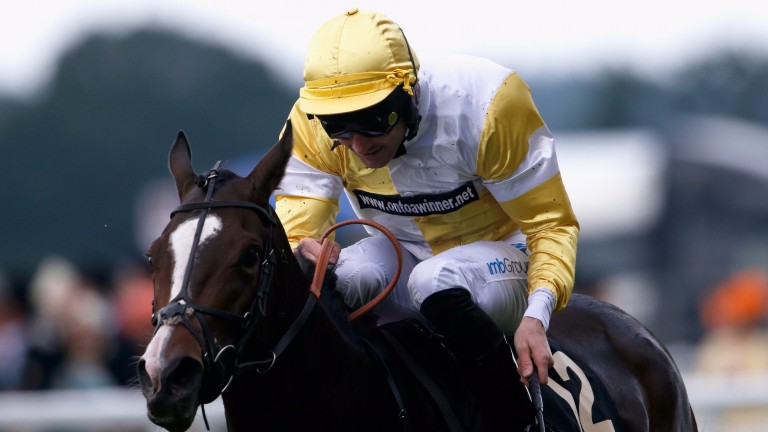 Quiet Reflection: sure to be a popular offering at the Tattersalls December Sale
Alan Crowhurst
1 of 1
By Ollie O'Donoghue UPDATED 2:03PM, OCT 10 2017

Quiet Reflection - the dual Group 1 winner and emphatic winner of the Renaissance Stakes on Sunday - is to be offered at the Tattersalls December Mares Sale, which takes place December 4-7.

The four-year old-daughter of Showcasing established herself as one of the finest sprinting fillies of recent years with impressive wins in last year's Commonwealth Cup at Royal Ascot and the Haydock Sprint Cup.

She joined the likes of Habibti and African Rose on the roll of honour of the Haydock contest - the latter also being the dam of Group 3 winner Fair Eva, by Frankel.

"Quiet Reflection is very special," said her trainer Karl Burke. "She was my first Group 1 winner in Britain when she won the Commonwealth Cup at Royal Ascot and is without doubt the fastest filly I have trained.

"She has a very high cruising speed as well as an extraordinary turn of foot, and we are looking forward to the Group 1 British Champions Sprint before heading to the Tattersalls December Sale."

Following her stylish win in the 6f Group 3 Renaissance Stakes at Naas on Sunday, Quiet Reflection is set to line up in the Ascot contest on October 21, before heading to Tattersalls, where she will be consigned by Jamie Railton.

She is bound to be in huge demand as speedy racemares have been in the spotlight for producing high-class runners in recent seasons, especially when they have been paired with Galileo. Four-time Group 1 winner Winter is a daughter of the Coolmore linchpin and 6f Wokingham Stakes winner Laddies Poker Two.

Coolmore have bought the likes of Easton Angel, Mecca's Angel and Margot Did to send to their perennial champion sire.

Owned by Ontoawinner, Hubert Strecker and Burke, Quiet Reflection has won eight of her 12 stars to date, including seven stakes races and more than £650,000 in prize-money. In addition, Quiet Reflection was champion three-year-old sprinter in Europe last year with a peak Racing Post Rating of 120.

Plenty of memories for Brotherton of his star mare Indigo

FIRST PUBLISHED 2:03PM, OCT 10 2017
She was my first Group 1 winner in Britain when she won the Commonwealth Cup at Royal Ascot and is without doubt the fastest filly I have trained