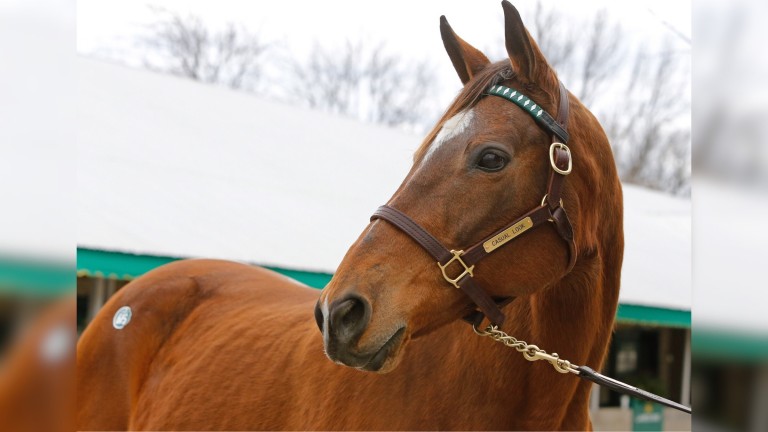 The mare who delivered a “great, great thrill” to her owner and breeder, Lane’s End master William S Farish, by prevailing in the Oaks at Epsom while he was serving as United States ambassador to Great Britain apparently will not be moving away from the pastures where she was born.

Casual Look, a 19-year-old daughter of Red Ransom who fought off Coolmore's Irish 1,000 Guineas winner Yesterday to capture the 2003 running of the Oaks, had been entered in the Keeneland January Sale as hip 665 in the Lane’s End consignment.

However, Lane’s End director of sales Allaire Ryan confirmed on Monday that the mare, who is in foal to Farish’s young stallion Honor Code, would not make the trip to the sale ring as scheduled on the following day.

A decision was made while the opening sale session was underway not to offer Casual Look, who will be retained by Farish. The mare produced an Honor Code filly in April 2018 and has a three-year-old Dubawi colt named Numero Uno who is racing in Britain for Farish and trainer Martyn Meade.

Lane’s End representatives did not want to discuss why Casual Look had been entered in the sale but they expressed fondness for her kind nature and quality.

Appearing relaxed and youthful, considering her age and the fact that she has produced 11 foals to date, Casual Look quietly walked out of her stall in the Lane’s End barn at Keeneland, unruffled by the sale activity, and graciously accepted pats from admirers on the day before she was due in the ring. 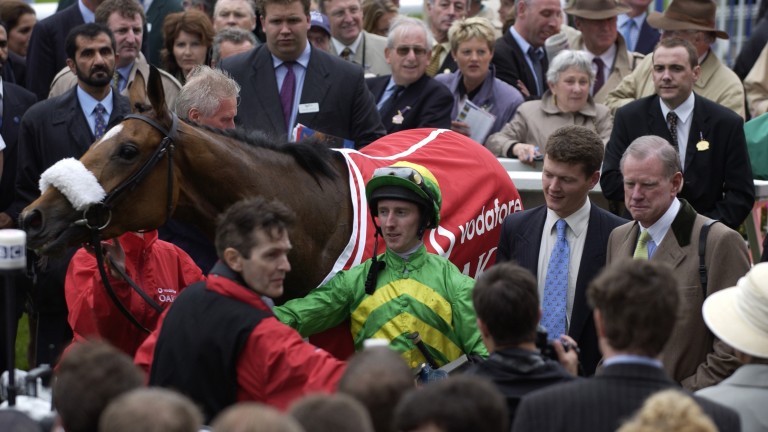 US Ambassador to Britain Will Farish (right of picture) after winning the 2003 Oaks at Epsom with Casual Look.
Edward Whitaker

Throughout her life, she has never been ordinary.

Casual Look claims record-breaking Argentine-bred mare Miss Grillo, an outstanding runner in America in the 1940s, as her fifth dam.

“Casual Look is a good-sized filly, has some length to her—takes a good deal after her mother's sire, Manila, who was probably as good a grass horse as we've ever seen,” Farish said after the Oaks victory, which he indicated was particularly thrilling due to his involvement in developing the family.

Both Casual Look and her full sister, Grade 1-placed Shabby Chic, did their best running when stretched out in distance, he noted. Yet Casual Look was precocious enough to finish a fast-closing second in the Fillies’ Mile at Ascot at two.

In addition to her Oaks victory, Casual Look placed in both the Irish Oaks and the Grade 1 Queen Elizabeth II Challenge Cup at Keeneland, and earned a total of $602,657.

Casual Look’s best offspring on the racecourse has been her 2011 Sea The Stars filly Casual Smile, a Grade 3 winner and earner of $151,845 for Farish, who added her to his broodmare band. Two years earlier, Casual Look delivered a Bernardini colt named Casual Trick who was stakes-placed and is a sire after bringing $425,000 for Lane’s End as a yearling.

Lane’s End sold Casual Look’s 2013 Dubawi filly for $1.45 million at the 2014 Keeneland September Yearling Sale to the Niarchos family’s Flaxman Holdings and she won a race in England for Flaxman and Farish. In partnership, Farish and Flaxman bred Eyeshine’s 2018 Showcasing filly in Britain.

FIRST PUBLISHED 12:26PM, JAN 8 2019
Throughout her life, Casual Look has never been ordinary