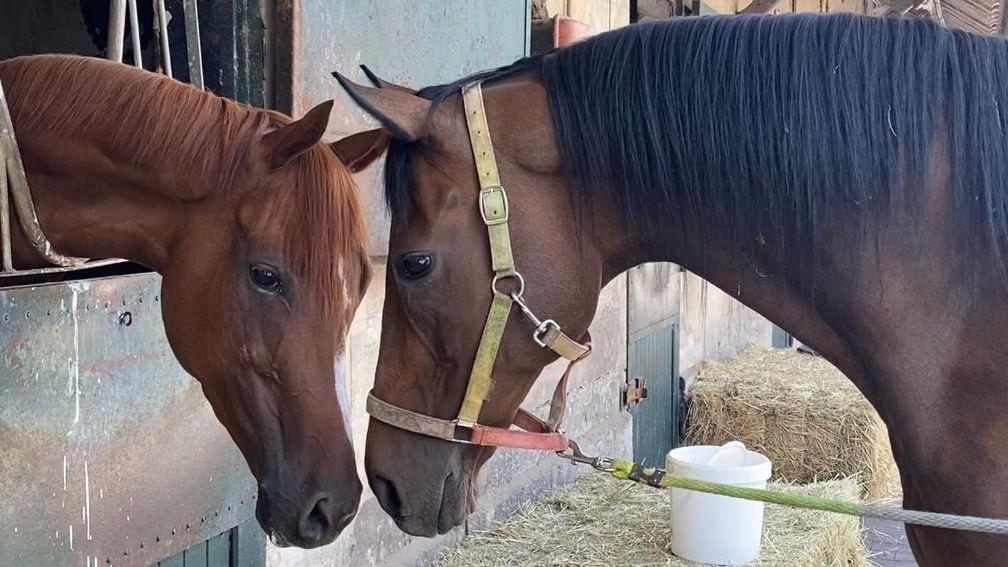 The catalogue for Arqana's first live auction of 2023, the February Sale, has been published online and lists 356 horses to be sold over two days, February 14 - 15.

It is a mixed sale which offers horses-in-training both on the Flat and over jumps, broodmares, stores, two-year-olds and recently turned yearlings.

Catalogued in the opening section is Corinne Barande-Barbe's Group 3 Prix du Petit Couvert winner and Prix de l'Abbaye second Air De Valse (Lot51). Now a seven-year-old, she is the winner of seven of her 36 starts and the daughter of Listed Prix Ceres winner Air Bag is rated 101.

That session also includes a draft from the yard of David Cottin, forming part of the dispersal of the stock of Ecurie Zingaro. The anticipated highlight is Princess City (103), a three-year-old Prince Gibraltar half-sister to the Prix Finot second Priority, out of a half-sister to Triumph Hurdle winner Peace And Co.

Haras du Chene consigns a draft of three-year-olds in pre-training, ordered for sale by the courts and there are some choicely-bred horses amongst them including a Dabirsim (66) full-sister to Albany Stakes winner Different League.
A sibling of Albany winner Different League is in the catalogueCredit: Edward Whitaker

The seven horses also contain a half-sister to Group 2 Prix Greffuhle winner Baby Rider, from the first crop of Cracksman (78). Their dam Gyrella is an Oasis Dream half-sister to Derby winner Wings Of Eagles.

More than 200 broodmares and fillies out of training have been catalogued this year with representatives of families nurtured by France's leading breeders.

From the renowned Wertheimer brothers comes a filly by brilliant Japanese sire Daiwa Major (137). The unraced three-year-old is a half-sister to the Group 3 Prix de Fontainebleau winner Legend War, who was placed in both the Prix du Jockey Club and Poule d'Essai des Poulains.

The Aga Khan Studs' draft is always hotly-anticipated and this year includes Zerziyna (249), a four-year-old Fastnet Rock half-sister to the Listed Randwick City Stakes winner Zeyrek out of Zerkaza, an unraced Dalakhani daughter of the champion Zarkava which makes her a half-sister to Zarak.

The Normandy stud also consigns Rasmiya (301) a ten-year-old Galileo half-sister to the Group 3 winners Above Average and Sent From Heaven. Already the dam of Listed winner Jouza by Toronado, she is offered in foal to Mehmas.

Among the National Hunt broodmares on offer is the Grade 1 Prix Maurice de Gillois winner Utopie Des Bordes (148). Consigned by Haras du Lieu des Champs, she is a full-sister to the Grade 2 winner and Grade 1-placed Victoire Des Bordes and has a four-year-old daughter by Balko, a three-year-old Authorized gelding in training in France and her two-year-old is a full by No Risk At All.

The full catalogue for the sale is available to view here.