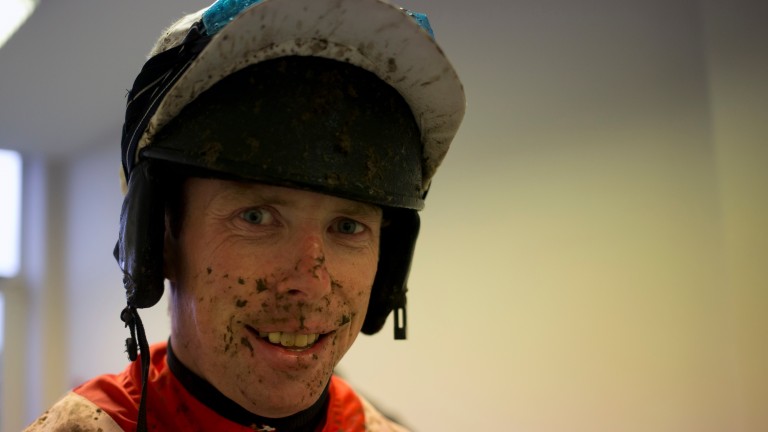 Norman Williamson, Mark Dwyer and Katie Walsh are all successful jump jockeys who have transitioned into shrewd and skillful breeze-up consignors, and Grade 1-winning rider Andrew Lynch could be the next familiar name to follow the same career path after the Kilbrew Stables man landed an impressive touch during the early stages of Wednesday's Goffs UK Breeze-Up Sale.

After a prolonged duel between Alastair Donald of Sackville Donald and David Redvers, the former struck the decisive blow to land the Mehmas colt out of Alexander Alliance at £165,000.

The well-bred youngster, who is out of a Listed-winning half-sister to the dams of Maarek and Ardad, was acquired privately after a chance encounter outside the Goffs ring at last year's Sportsman's Sale, where the colt had gone unsold at just €19,000.

"We're thrilled to get that price for him," said Lynch. "He was always a gorgeous horse, we were lucky enough to meet the man selling him coming out of the sales ring at Goffs and it's all worked out from there."

The Mehmas colt, who was pinhooked as a foal by Alan Grace at just €12,000, is the first breeze-up horse Lynch has sold this year. The fledgling consignor confessed to some nerves ahead of selling the youngster given the wider economic climate, but said the performance the juvenile put in when breezing two furlongs up the Doncaster home straight on Sunday had been a major source of encouragement.

Goffs UK: a big result for Kilbrew Stables as @SackvilleDonald goes to £165,000 for the Mehmas colt out of Alexander Alliance @GoffsUK pic.twitter.com/ty7HSzgYnP

"We've made a nice profit," he said. "Myself and my wife, Riona, have only a handful of horses so it's great to get a result like this.

"He's the first breezer we've sold this year and we were wary of the market, we didn't know what to expect, but he did a good breeze, is by an up-and-coming sire and plenty of people liked him. He ticked the right boxes."

Lynch had a team of seven breezers for the current season, and also sold a Clodovil colt to Michael O'Callaghan for £28,000 later in the session.

The five two-year-olds remaining at Kilbrew Stables are due to be offered at the Tattersalls Ireland Goresbridge Breeze-Up Sale later in the month.

The Mehmas colt is now set to head into training with Andrew Balding, revealed Donald, who said of his purchase: "He's for King Power. He did the second fastest breeze and he did it very easily. He's just a very well-made, well-balanced individual from a speedy family. He looks like one to have some fun with quite quickly."

FIRST PUBLISHED 2:17PM, JUL 1 2020
Myself and my wife, Riona, only have a handful of horses so it's great to get a result like this