'It's basic economics' - Serpentine's gelding operation and the Galileo paradox 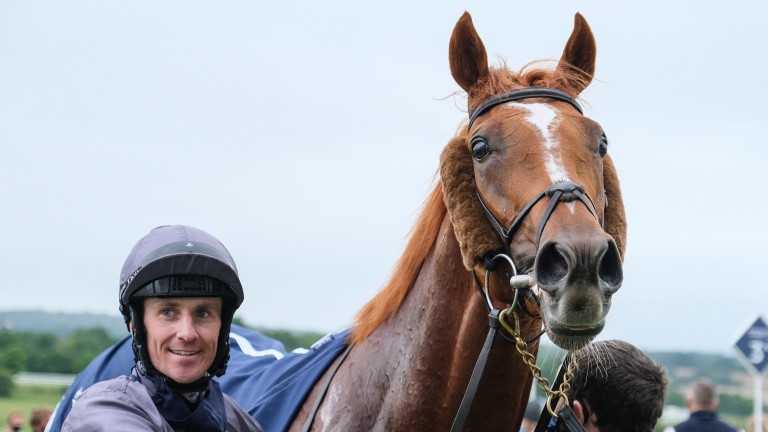 Here he discusses the news that 2020 Derby winner Serpentine has been gelded - subscribers can get more great insight from Martin every Monday to Friday.

I still believe in my heart that the Derby is the most important stallion-making race in the calendar, even if my head knows better, and yet I have to admit to feeling no great sense of dejection or disappointment at the news of the 2020 winner Serpentine's gelding operation as he continues his career in Australia.

In truth, the development had an air of inevitability about it. I won’t have it that there is such a thing as a bad winner of the Epsom Classic, but Serpentine was certainly an unusual winner of an unusual Derby.

Aidan O’Brien’s charge was well beaten on his sole start at two, and could finish only fifth in a Curragh maiden in June when racing resumed after the first Covid lockdown. He got his act together just over a fortnight later to win a similar contest by nine lengths, and went into the delayed Derby with the unusual form figures for a Classic candidate of 0-51.

Emmet McNamara took the ride on Serpentine at Epsom and rushed the colt into the lead soon after the off, only for the pair never to see another rival for the next 12 furlongs. They rounded Tattenham Corner 12 lengths clear, with their closest pursuers Khalifa Sat and Tom Marquand only able to reduce the deficit to five and a half lengths at the winning post.

Serpentine deserved high praise for that fine front-running performance, but it was hard not to think that the result was a fluke. McNamara said himself that he “he got a little bit of a freebie”, and the riders of some of the beaten horses who turned out to be better than the winner, such as Kameko, Mogul and Pyledriver, surely regretted the way the race panned out.

Serpentine couldn’t repeat the effort in his subsequent starts that season, although he wasn’t disgraced when fourth in both the Grand Prix de Paris and Champion Stakes. He made no show in his three runs at four. 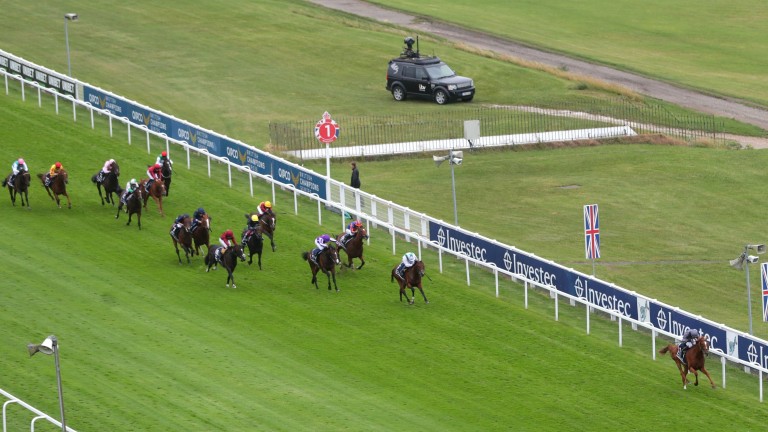 Group 1 shocker: the rest of the Derby field are left chasing 25-1 shot Serpentine's shadow after an enterprising ride from Emmet McNamara
Pool

It’s hardly a surprise, then, that this non-winner at two whose only Pattern victory was widely regarded as being a bit freakish had more value as a gelded stayer in Australia than as a stallion in a major racing nation.

And, yes, that's even accounting for Serpentine being particularly well bred, as a son of Galileo and Oaks runner-up Remember When, a half-sister to champions Dylan Thomas and Queen’s Logic and Classic heroine Homecoming Queen.

But, in a funny way, I suspect his pedigree played against him, as he has fallen victim to what I have come to think of as ‘the Galileo paradox’.

That is, that the late Coolmore phenomenon was such a prolific source of top-class athletes, operating in an era of such large books, that there has not exactly been a shortage of stallion prospects by him in recent years.

By my reckoning there are some 29 sons of Galileo standing in Ireland this year and another 12 at stud in Britain, and while I’m sure most are enhancing the gene pool, it is just basic economics that a commodity in such abundant supply is going to be of reduced value to potential buyers or users.

Before I’m accused of committing an act of heresy against Galileo (an irony the historians among you will appreciate), I’m not for one moment suggesting that his high-class sons are tedious or ten-a-penny.

The point is that when Serpentine was one of 11 Group-winning males by Galileo in the sire’s 2017 crop alone, and there were another 15 the year before, and then there are all those other sons already at stud, it will likely take something exceptional to encourage stallion masters to stand a son of Galileo from now on. Note how only one of his sons – Mogul – got the call-up in Britain and Ireland this year, despite the ample supply.

Winning at Epsom really ought to be that ‘something exceptional’ that automatically grants a son of Galileo a berth at stud, but a one-off victory in the peculiar pandemic Derby of 2020 just wasn’t enough for Serpentine – whose new connections must earnestly believe that the horse will stand more chance of gaining further success after his medical procedure.

My appraisal of the market value of Galileo stallion sons is, I fully accept, open to debate. The one argument I refuse to accept, though, is that Serpentine’s gelding operation is not simply the result of a unique set of circumstances surrounding the horse but is also somehow indicative of a Derby much diminished in status.

No, the Derby doesn’t draw the same crowds and media coverage as it did 50 years ago, but it’s a different world now. So please spare me the knee-jerk reactions of those such as Brian O’Connor, who wrote in the Irish Times about “the sliding appeal of the race in commercial bloodstock terms [appearing] to have been bluntly underlined in relation to its 241st winner.” 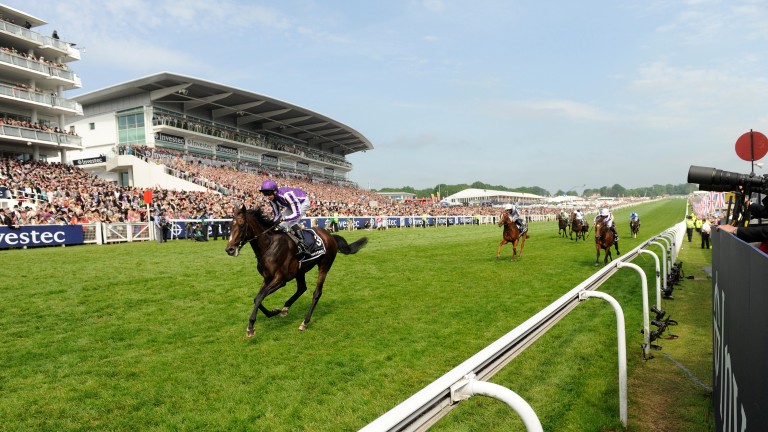 Camelot: one of a number of Derby winners providing high-class runners
Edward Whitaker

It’s as if Derby heroes Galileo, New Approach, Sea The Stars, Camelot and Australia haven’t regularly been supplying class acts and commanding sky-high fees in recent years; as if breeders won’t be queuing up to use last year’s admirable winner Adayar when he eventually retires to stud.

The race has had its fair share of less distinguished winners, and will continue to do so. But that's the case for all Group 1 races.

It’s a sad indictment of the sport’s infatuation with speed over shorter trips that it seems so quick to suffer a crisis of confidence each time there is a lesser winner of the Derby. I don’t remember the spate of handicappers taking Group 1 sprints in the noughties prompting debate over whether the King’s Stand or Nunthorpe should be extended in distance.

“I feel her winnings are hers, really. It would be wrong not to give her the very best chance to show she can do the same from the paddocks as she did on the racecourse,” says Emma Banks about the decision to give her superstar mare Lady Bowthorpe a blue-chip first cover.

Pedigree connoisseurs rejoice! There is another pair of maidens for unraced three-year-olds over 1m1½f on the all-weather at Chantilly today.

Among the beautifully bred entrants in the Prix de la Serpentine for fillies at 2.25 local time (1.25 GMT) are Pourquoi Pas, a Dark Angel half-sister to Saturday’s Al Maktoum Challenge R3 winner Hypothetical trained by Fabrice Chappet for owner-breeders Brendan and Anne-Marie Hayes, and Sea Of Gems, a daughter of Siyouni and dual Group/Grade 3 winner Aigue Marine trained by Nicolas Clement for Ballylinch Stud.

The pick of the Prix de la Traversiere for colts and geldings at 3.35 local time (2.35 GMT) could be Proud Moment, a son of Galileo and Prix d’Arenberg winner High Celebrity trained by Andre Fabre for Ecurie Victoria Dreams, and Anotherway, an Anodin half-brother to Grand Prix de Paris runner-up Slalom and top-class hurdler/chaser Concertista trained by Freddy Head for the Wertheimer brothers.

FIRST PUBLISHED 9:43AM, MAR 8 2022
A one-off victory in the peculiar pandemic Derby of 2020 just wasn’t enough for Serpentine