Ellie Whitaker and Tegan Clark discuss breeze-ups and their ambitions 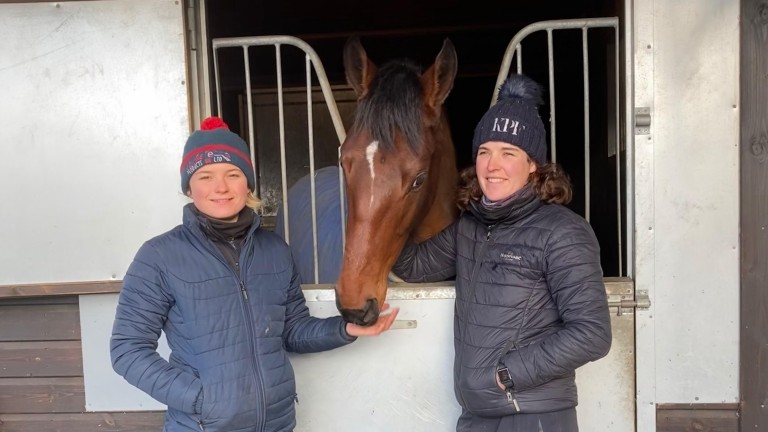 The persistent rain that falls over Newmarket on a dank May morning cannot keep the smiles off Ellie Whitaker and Tegan Clark, the faces behind the newly established WC Equine.

"We both worked separately, we'd never worked together before and now we work together," Whitaker laughs after offering up some much-needed coffee at their yard based in Robert Cowell's Bottisham Heath Stud.

The pair have plenty of racing and consignment experience to hand as they venture out on their own, and have made an auspicious start. Indeed, they are still glowing in the aftermath of their Aclaim filly selling to Rabbah Bloodstock for 60,000gns at the recent Tattersalls Guineas Breeze-Up Sale.

Whitaker, 24, says: "It was not a feeling I'd like to relive! We knew we had a nice animal, she had that speed and presence, but it's tough as you've got to manage your own expectations."

On how the operation came to fruition, she continues: "We met at the October Yearling Sales three or four years ago and we got speaking and kept in touch. It's always been my dream to pre-train and we spoke about it from the day we met.

We are completely overwhelmed with the amount of support and positive response that we have received throughout this week. @Tattersalls1766

We are especially thankful to the team at home for keeping the show on the road.

Good luck to all connections

"We had no clients but we emailed 92 trainers and had three responses - all good-luck responses! It was a huge risk but Kevin Philippart de Foy, who is a good friend of Tegan's, supported us and sent us our first yearling."

Clark, 32, adds: "It helped kickstart us and with social media being such a big platform these days, and with everyone on it, just to have a horse in and show that we were operating definitely helped. We're very grateful to Kevin for that."

Whitaker, who comes from an eventing and hunting background, previously worked for Godolphin pre-training before moving to Charlie Appleby's Moulton Paddocks as an exercise rider. Her experience with numerous consignors has also stood her in good stead for setting out with WC Equine.

She explains: "I started off at Mark Dwyer's and spent four years there, he taught me the ropes before I went on to work with the Castlebridge Consignment for a year. I then went on to Roger Marley's, again another successful breeze-up consignor who has a wealth of knowledge and experience."

Clark, meanwhile, worked for the likes of Roger Varian, Simon Crisford and Olly Stevens before helping Richard Morgan-Evans with breaking in.

She says: "My background is probably more racing than the sales or breeze-ups - I got my first job in racing with Olly Stevens, which was great as it gave me an opportunity to get my foot in the door. 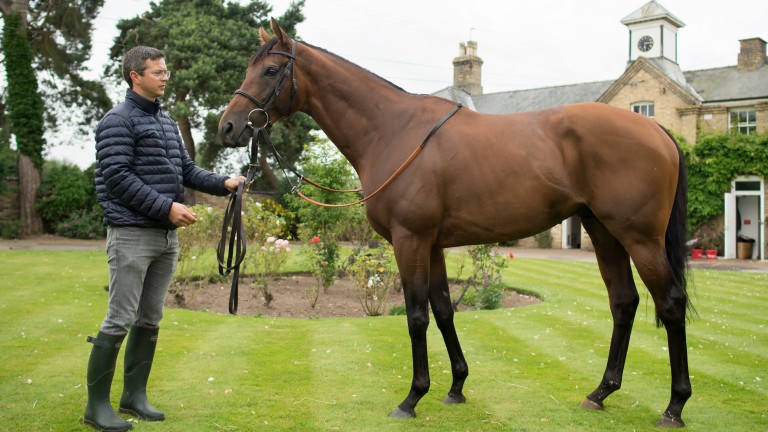 Postponed: stamping his stock according to Tegan Clark
Edward Whitaker

"Olly didn't continue with his trainer's licence so I moved to Newmarket and got a job with Roger Varian. I spent a few seasons with him when he had Postponed and to be involved and around a horse of that quality was amazing.

"I then tried to make a jump to America but my visa didn't come through, so I spent time riding out for a trainer at home in South Africa and then came back to work for Simon Crisford. He's a great guy and gave me the opportunity to go out to Dubai while looking after some lovely horses.

"While I was with Simon I started breaking in some horses for Richard Morgan-Evans in the afternoons; again, he has an incredible operation and he was so willing to help and teach people.

"Myself and Ellie maybe weren't quite ready for it, but we thought it's a fantastic spot and we've got nothing to lose."

It is very much apparent that the operation is in full swing now, and the conversation moves on to the horses that have passed through their hands.

Whitaker says: "We've had 60-odd horses come through the place and we've seen some very well-bred horses and lovely animals. There's been a couple I've sat on and gone 'wow!'"

With Clark's first-hand experience of Postponed, Sheikh Mohammed Obaid Al Maktoum's son of Dubawi who swept up top-level prizes such as the Juddmonte International and King George during his racing career, she is naturally spotting some similarities with his first two-year-olds.

"We keep an eye on the trainers' entries for horses who have gone through here and we're always excited about what they could go on to do," she says. "There have been some really lovely Postponeds and he's definitely put a stamp on them." 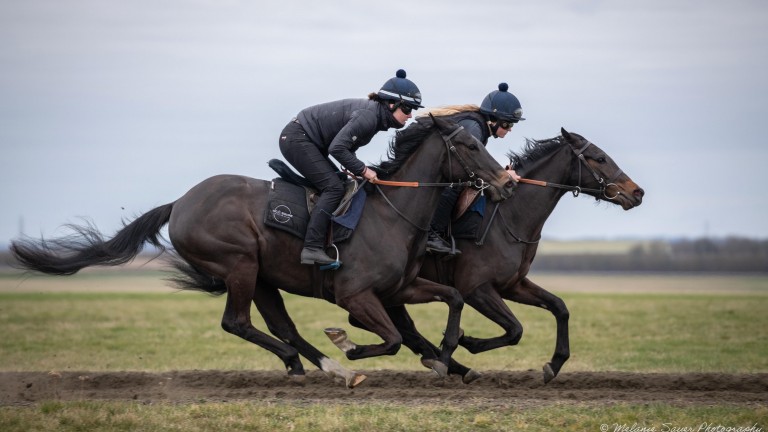 Whitaker and Clark also offer some insight into preparing horses for breeze-ups, maintaining that they were prepared to invest time and patience with less precocious types.

Whitaker continues: "We had two different fillies, one was more precocious while the other we said from day one wasn't a breeze-up type but would be a nice three-year-old. The luxury we had was having no pressure of getting there, it's our first time and let's ease them into it."

The short and longer-term goals for the duo include setting up from their own yard, while continuing to offer breaking, pre-training and spelling services alongside their breeze-up consignments.

Clark says: "We'd like to continue to be full and keep our clients happy. That's always really the short-term goal, while in the long-term we'd both like to expand a little bit into our own property, but we're not in any major rush.

"We love the breeze-ups and we're not going to turn away any business that'll take us to the breeze-ups, but pre-training and breaking definitely helps keeps us busy."

Whitaker adds: "If we're going to invest our own money into buying a possible breeze-up horse we need something else to pay for our own expenses. I also enjoy the pre-training side as you get to see the progress made from breaking to going into training."

Progress is what WC Equine is all about, and we should expect to hear plenty more about both partners in the business for years to come.

FIRST PUBLISHED 5:15PM, MAY 9 2021
We knew we had a nice animal, she had that speed and presence, but it's tough as you've got to manage your own expectations