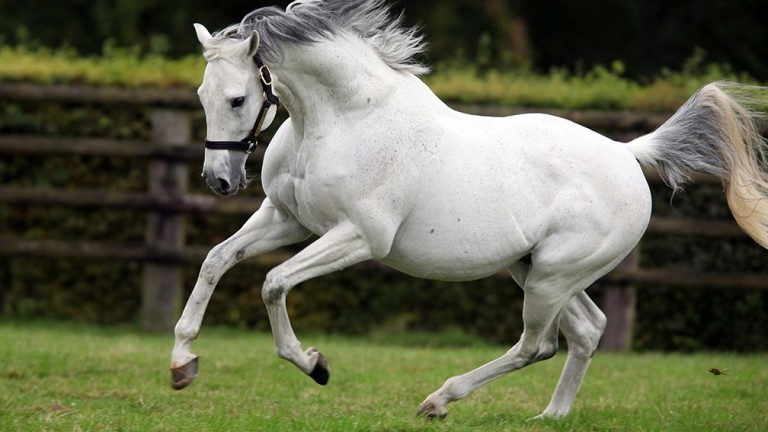 Martaline was the sire of Dynaste, Very Wood and Kotkikova
RP GRAPHICS
1 of 1
By Bloodstock World Staff UPDATED 6:39PM, NOV 26 2019

Leading French jumps stallion Martaline, who was retired from duties at Haras de Montaigu in February as a result of the heart problem he suffered last year, has died at the age of 20.

The grey son of Linamix was a fine racehorse for Andre Fabre and Juddmonte who beat the future Gold Cup winner Westerner in the Prix Maurice de Nieuil at Maisons-Laffitte.

His best-known progeny has been another grey, Dynaste, a winner of the Ryanair Chase who performed admirably against the likes of Cue Card and Silviniaco Conti, while others such as Disko, Agrapart, Very Wood and Kotkikova represented him well.

Martaline had been at the stud to the west of Paris since 2005 and reached a highest fee of €15,000 last year before being set to private. He stood alongside No Risk At All, Prince Gibraltar and Night Wish.

A statement in French from Montaigu read: "The champion Martaline left this morning to find the stars. His heart stopped during his daily outing in his paddock.

"He will leave a huge void at Haras de Montaigu but his blood is not ready to go out thanks to all the champions he has created. Thank you Martaline."

FIRST PUBLISHED 6:20PM, NOV 26 2019
The champion Martaline left this morning to find the stars. His heart stopped during his daily outing in his paddock