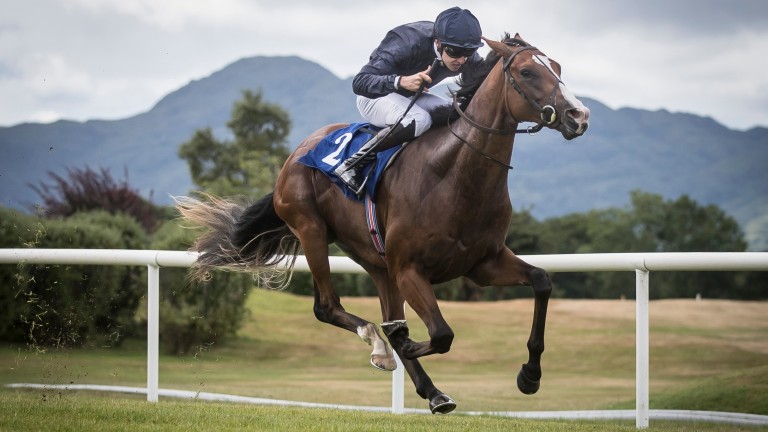 Anthony Van Dyck, Galileo's fifth juvenile scorer of the season, looked every bit as exciting a prospect as his top-class pedigree entitles him to be when running out an easy winner of a Killarney mile maiden on Sunday.

Donnacha O'Brien was niggling away at Anthony Van Dyck soon after halfway, but the colt's response was impressive, and after he hit the front two furlongs out he powered cleared to win by an eased-down eight lengths.

Bred by Coolmore entity Orpendale, Chelston and Wynatt, Anthony Van Dyck is the fourth foal out of Believe'N'Succeed, and has a pedigree that bears the hallmarks of so many of Galileo's best progeny.

The cross of Galileo over speedy mares has been responsible for stars such as Frankel, Churchill, Gleneagles and Winter and the highlight of Believe'N'Succeed's racing career came when she landed the 6f Group 3 Blue Diamond Prelude at Caulfield.

Believe'N'Succeed, an Australian-bred daughter of Darley shuttle sire extraordinaire Exceed And Excel, had already confirmed herself a useful broodmare before she was imported to Ireland in 2015, with her first foal being the champion sprinter Bounding, a daughter of Lonhro.

Given how well Galileo has worked with fast or speedily bred mares, the son of Sadler's Wells appears a natural fit for Australian-breds, given that the country's breeding industry places much more of an emphasis on speed and precocity than the Classic-influenced bloodlines of Europe. 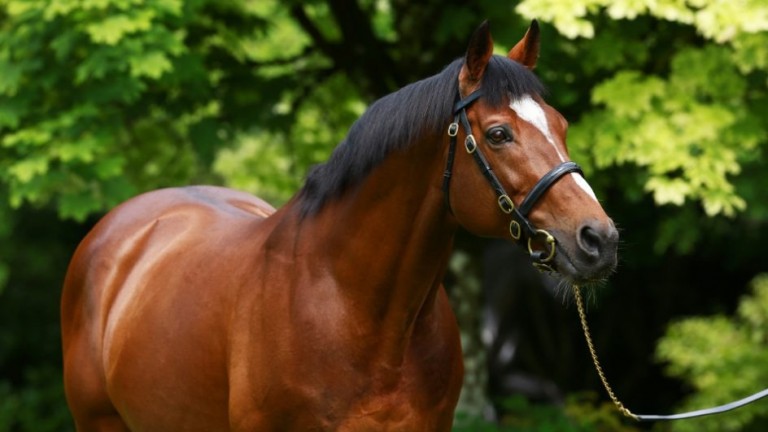 Galileo: the Coolmore supersire has enjoyed a fruitful relationship with fast mares
Coolmore
Among the notable Australian-bred mares that Galileo has clicked with is Hveger, the dam of record-breaking earner Highland Reel, his high-class brother Idaho and Cape Of Good Hope, who finished a creditable second to Quorto in Saturday's Superlative Stakes.

Galileo has sired two winners from as many runners out of Exceed And Excel mares, a nick that is an extension of the fruitful Galileo - Danehill cross that has been responsible for the likes of Frankel, Highland Reel, Noble Mission, Tapestry and Teofilo.

Galileo has sired a total of 101 winners out of daughters of Danehill.

Moreover, Believe'N'Succeed is a sister to former Overbury Stud sire Kuroshio, whose only northern hemisphere-bred two-year-olds have taken many by surprise this year, with the unheralded sire producing a string of early winners despite standing for just £3,500.

Kuroshio's leading runner by Racing Post Ratings is the smart dual winner Dunkerron who finished a fine fourth behind Advertise in the Group 2 July Stakes. The son of Exceed And Excel now stands exclusively at Darley's Australian arm at Northwood Park in Victoria.

Believe'N'Succeed and Kuroshio are out of Arctic Drift, a daughter of dual US Grade 1 winner November Snow, giving Anthony Van Dyck's pedigree a truly international look.

With such solid foundations behind him, not to mention an early entry in next year's Derby, Anthony Van Dyck looks on a colt to keep a very close eye on.

Come back, Kuroshio? Shunned shuttle stallion off to a fine start

FIRST PUBLISHED 4:50PM, JUL 15 2018
Anthony Van Dyck is the fourth foal out of Believe'N'Succeed, and has a pedigree that bears the hallmarks of so many of Galileo's best progeny