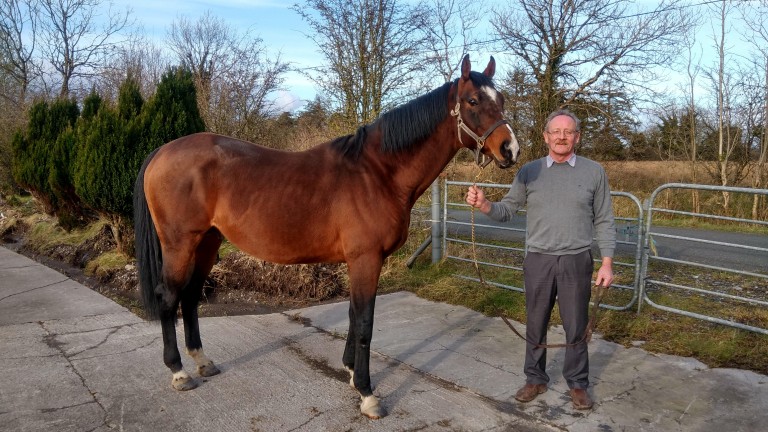 Gladiatorus and Nocturnal Fox will continues their duties at €1,000 in 2021 at Windmill View Stud in Galway.

The former has had impressive results in Italy from small books of mares at Allevamento di Besnate, continuing when daughter Lucky Diva landed a newcomers' event in Naples on Monday.

Gladiatorus, a son of Silic from the family of Al Bahathri, began his career in Italy but is best remembered for a spectacular victory in the 2009 Dubai Duty Free at Nad Al Sheba.

He won a second Group 1 that October on his return to Italy, where he had scored six times as a juvenile, four of them at Listed level at distances varying from six furlongs to a mile.

He spent one season at Withyslade Farm in Britain before being purchased by John Lynch of Windmill View in Galway to cover mostly National Hunt mares last year.

Lynch said: "National Hunt mare owners love him, not just for his size and amount of bone, but he has a super temperament and is a glorious mover. His appearance matches his race record. He will put size and speed into his foals."

Windmill View Stud is also standing Nocturnal Fox, formerly with Andre Fabre and winner of the Group 2 Prix Hocquart at Chantilly.
Nocturnal Fox, who also covered his initial book of mares last season, was the first stallion by Farhh to go to stud and is out of a Rahy half-sister to St Leger winner Nedawi.
Lynch continued: "It’s a beautiful page, his third dam is the great ten-time Group 1-winning Dahlia, one of the best racemares of all time, and the fact that he is from the Pivotal sire line and by such an exciting stallion as Farhh makes him the perfect package as far as I’m concerned.
"Gladiatorus will certainly inject size, scope and speed, while Nocturnal Fox also has the looks and is a great walker. Breeders are most welcome to come to inspect them to see for themselves."
The pair are stepping into the shoes of the late Gatewood, whose progeny will begin to make their debuts on the National Hunt scene as just-turned-four year olds this year.

From budget option to blue-chip operator: why this could be Kodiac's biggest year yet

'I immediately jumped in my car and made a deal straight away!'

FIRST PUBLISHED 3:30PM, JAN 15 2021
Gladiatorus will certainly inject size, scope and speed, while Nocturnal Fox also has the looks and is a great walker