Complications from colic claims life of Vero Amore, who was carrying to Nyquist 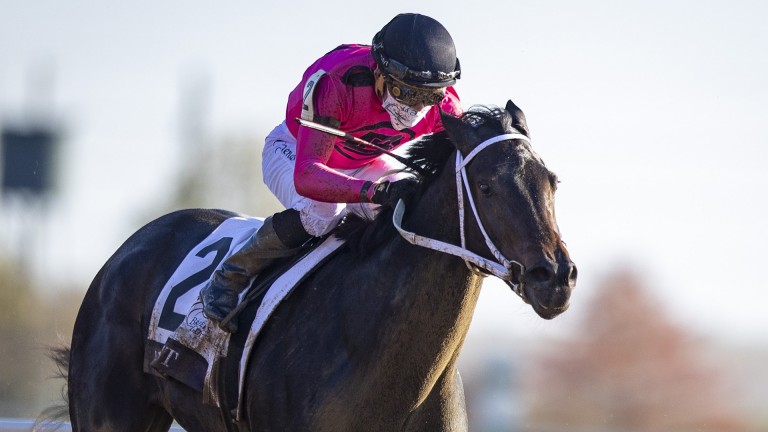 Tom and Sue McGrath’s Swilcan Stables has reported the death of Graded stakes-placed mare Vero Amore, due to complications from colic while in foal to Nyquist and carrying a full sibling to Vequist, winner of the 2020 Breeders’ Cup Juvenile Fillies and that year’s Eclipse champion two-year-old filly.

“I am so sorry to announce the passing of Vero Amore,” McGrath said on Friday, referring to the sad occurrence of the night before. “She was an amazing competitor and an equally amazing mare. Needless to say, we are devastated.”

A 2011 mare by Mineshaft out of Summers Edge, by The Cliff’s Edge, Vero Amore finished second for trainer Robert Reid jnr in the $500,000 Black-Eyed Susan Stakes in 2014, beaten just neck by multiple Grade 1 winner Stopchargingmaria.

Bred in Kentucky by Robert LaPenta and campaigned by Swilcan Stables, Vero Amore amassed earnings of $252,255 while hitting the board in 11 of 16 lifetime starts during a splendid racing career.

A blue-hen mare for Swilcan Stables, Vero Amore is the dam of multiple Grade 1 winner Vequist, who captured the Grade 1 Spinaway Stakes at Saratoga prior to annexing the Breeders’ Cup Juvenile Fillies to secure her championship.

Vero Amore also produced Mainstay, a daughter of Astern who posted a sparkling seven and three-quarter-length maiden special weight triumph on her career debut for Swilcan Stables and LC Racing at Monmouth Park in 2021, and she has a promising two-year-old filly by Daredevil named Vedareo who will seek to continue the family’s winning ways.

For all the latest racing and bloodstock news from North America, visit Bloodhorse

FIRST PUBLISHED 5:00PM, JAN 21 2022
She was an amazing competitor and an equally amazing mare