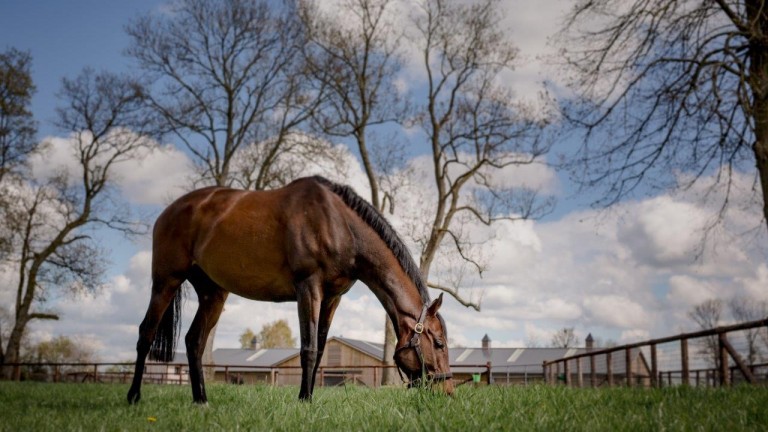 Treve's new foal was born on March 29 weighing 56kg and is “doing well”, according to a spokesperson for the operation.

The Sea The Stars filly is the wonder mare's fourth offspring, following a Dubawi three-year-old colt named Qous, a Shalaa two-year-old filly named Paris and an unnamed yearling filly by Siyouni. Qous and Paris are in training with Andre Fabre for Al Shaqab Racing.

Treve is among many blue-chip mares travelling to Banstead Manor Stud this season for a cover by Kingman, who is now regarded as one of Europe's most exciting young sires after supplying 17 stakes winners from his first two crops including stars such as Persian King, Calyx and King Of Comedy.

Such success has sent Kingman's covering fee soaring to £150,000 this year, when Attraction and Taghrooda are among the other multiple Group 1-winning mares confirmed to be visiting him.

Treve established herself as one of the very best racemares of recent times, being sent out by Criquette Head to win the Prix de Diane by four lengths from subsequent Irish Oaks winner Chicquita and to notch back-to-back Arc victories in 2013 and 2014 – the first time by a stunning five lengths from Japanese star Orfevre and the second time by two lengths from Flintshire.

Bred by the Head family's Haras du Quesnay, ten-year-old Treve is by Motivator out of the winning Anabaa mare Trevise, making her a half-sister to stakes performers Trois Rois and Trophee.

Her fourth dam is the champion racemare Trillion, who found further fame as the mother of the exceptional filly Triptych.

FIRST PUBLISHED 4:41PM, APR 18 2020
Kingman's covering fee soared to £150,000 this year, with Attraction and Taghrooda among the other Group 1-winning mares confirmed to be visiting him