Mutasaabeq has Classic breeding right through his pedigree
Edward Whitaker (racingpost.com/photos)
1 of 1
By Tom Peacock UPDATED 5:06PM, MAY 1 2021

Should Mutasaabeq maintain his unbeaten record in Saturday’s Qipco 2,000 Guineas, it will not just be for carrying the late Hamdan Al Maktoum’s blue and white epaulettes that he will evoke poignant memories.

The Charlie Hills-trained colt is not only a son of Ghanaati, whom Hills’ father Barry prepared for Classic success on this very weekend 12 years ago, but a great grandson of Height Of Fashion, who was bought by Sheikh Hamdan in 1982. In a sense, he is an exemplar of everything that one of the sport’s most accomplished owner-breeders set out to achieve.

Few are around now who remember how Sheikh Hamdan would have acquired Height Of Fashion – winner of not only the Fillies’ Mile but conqueror of the dual Gold Cup hero Ardross in the Princess of Wales’s Stakes – from the Queen.

It is thought that Tom Jones, who advised and trained for Sheikh Hamdan at that time, had been involved in the deal to buy her for a reported £1.5 million (around £5.5m now if adjusted for inflation).

A daughter of Her Majesty’s brilliant 1974 Guineas winner Highclere - who was later to also become ancestress of the Japanese titan Deep Impact - she ran only a couple more times without winning.

"It was towards the end of her racing career that she was sold," explains Shadwell's stud director Richard Lancaster, who joined the fold not long after this time.

"Obviously at that stage buying her off the track, as it were, was a gamble, but it was a gamble that paid off many times over." 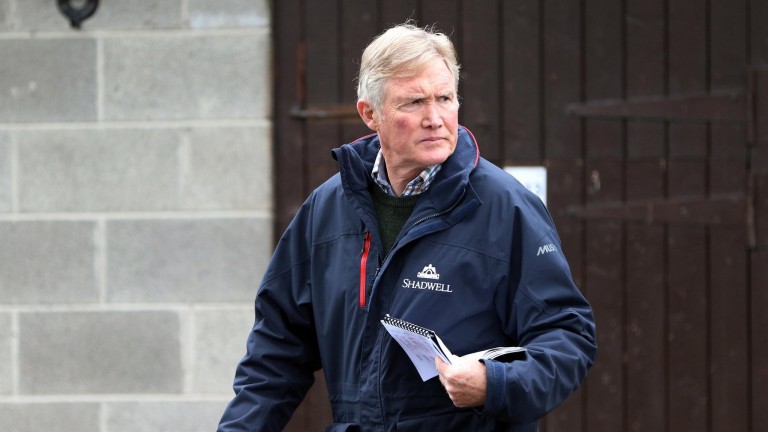 Height Of Fashion actually spent her entire breeding life in the United States, under the purview of Shadwell’s US manager Rick Nichols, although her progeny all went to Britain.

Her first foal, the John Porter winner Alwasmi, was trained by Jones, before the rest were directed to Height Of Fashion’s old handler, Major Dick Hern.

"I think it was the change of the tax situation in France; you had the likes of Blushing Groom, Lyphard and Riverman go on to America, then you had Northern Dancer, Nijinsky and all those others - Kentucky seemed to be the focal point," recalls Lancaster.

"She went to Northern Dancer, Blushing Groom, Danzig, Mr. Prospector, she visited the creme de la creme of the stallions that were standing at the time."

Three of Height Of Fashion’s sons trip off the tongue. Multiple Group winner Unfuwain, who was beaten only in the King George by Mtoto, came a year ahead of Nashwan, who demonstrated his magnificence in the 1989 Guineas and Derby. A decade later the four-time Group 1 scorer Nayef arrived on the scene.

"She was a big filly, and for the most part passed on that characteristic to many of her offspring," says Lancaster. "You saw a lot of her in Unfuwain and some of the daughters, Bashayer, Sarayir and Wijdan, who were all big mares by Mr. Prospector. That side of the gene passed its way down the line.

"Nashwan was pretty impressive from the outset, I remember people remarking that he was a standout from the start. Nayef was a lovely big horse, so was Unfuwain, and there was a very nice Danzig horse called Mukddaam, who won three times for Major Hern." 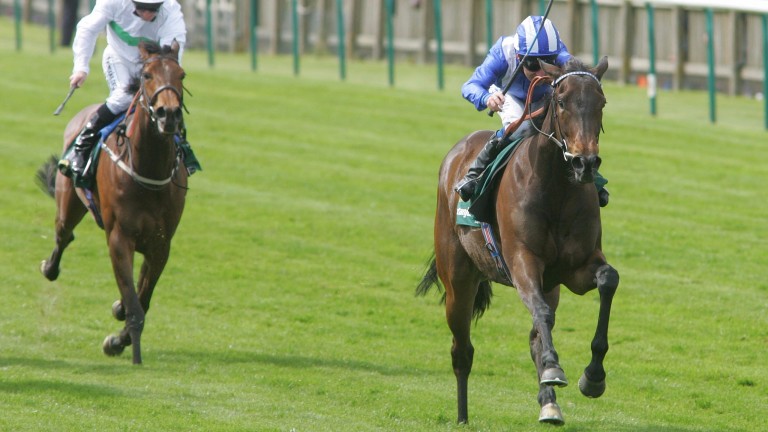 Ghanaati showed her class in winning the 2009 1,000 Guineas
Mark Cranham

While Nashwan, Unfuwain and Nayef all had success at stud, it is the aforementioned black-type fillies, plus several more of Height Of Fashion’s daughters, that have more directly continued the family. The matriarch produced 11 named foals prior to her death in 2000.

Sarayir, who took the Oh So Sharp Stakes, is responsible for not only Ghanaati but Oaks third Rumoush (dam of Dubai standing dish Muntazah) and Champion Stakes runner-up Mawatheeq.

Ghanaati, now 15, was to follow up her Guineas victory by taking the Coronation Stakes and has become a successful broodmare, responsible for the Royal Hunt Cup winner Afaak as well as Wafy, who won the Group 3 Mahab Al Shimaal for Satish Seemar before delivering Mutasaabeq, who was supplemented for Saturday’s main event after winning a conditions race at the Craven meeting with conviction. She is set for her next encounter with Shadwell's Mohaather.

"Ghanaati won on the all-weather at Kempton, that was when she showed the first signs that she was very good," says Lancaster. "I think Barry Hills was very confident she was going to make up into a Classic filly, and she completely did.

"She's produced the Royal Hunt Cup winner, but Mutasaabeq looks to be the best she’s produced so far. I think Charlie Hills has taken him gently, not rushed him, and that’s the thing about training for someone like Sheikh Hamdan, there’s the time to let them develop."

A catalogue page usually provides a neat summary of a breeding line, but when Mutasaabeq’s half-brother Wafy was sold in 2019 there was no room to even cover Height Of Fashion, so extensive were the breeding achievements of Sarayir herself. Lancaster is not sure he has the words to do her justice either.

"You can say she's been a considerable influence - she's probably had the most influence on our broodmare band through the generations," he says. "She’s done us well and the legacy lives on."

FIRST PUBLISHED 1:00PM, APR 30 2021
Buying her off the track as it were was a gamble but it was a gamble that paid off many times over