Dubawi colt traces back to the inaugural winner Zabira 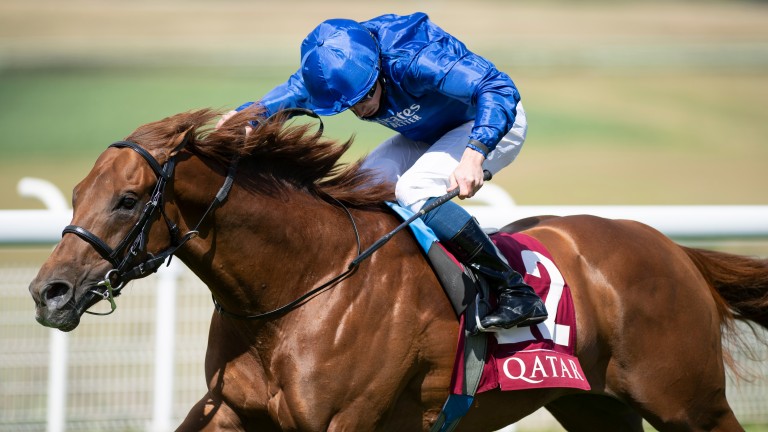 The four-year-old colt is trained by Charlie Appleby and flew home under William Buick, seeing off the Kodiac colt Hello Youmzain in second and the Lope De Vega colt Lope Y Fernandez in third.

Space Blues became the 43rd top-flight winner for his sire Dubawi, the son of Dubai Millennium who commanded a £250,000 fee in his 15th covering season at Darley's Dalham Hall Stud this year.

Space Blues landed the Group 2 Lennox Stakes on his previous start and was a close third to Advertise in the Prix Maurice De Gheest last year.

The star sprinter is a Godolphin homebred and the sixth foal out of the Noverre mare Miss Lucifer, also the dam of Shuruq, a mile Group 2 winner at Meydan.

Miss Lucifer has a two-year-old Night Of Thunder filly named Beautiful Future in training with Appleby, was not covered in 2018, and produced a Dark Angel filly foal this year.

She returned to Dubawi in the spring, a mating which will result in a full-sibling to Space Blues.