Bloodstock Latest UP FOR GRABS 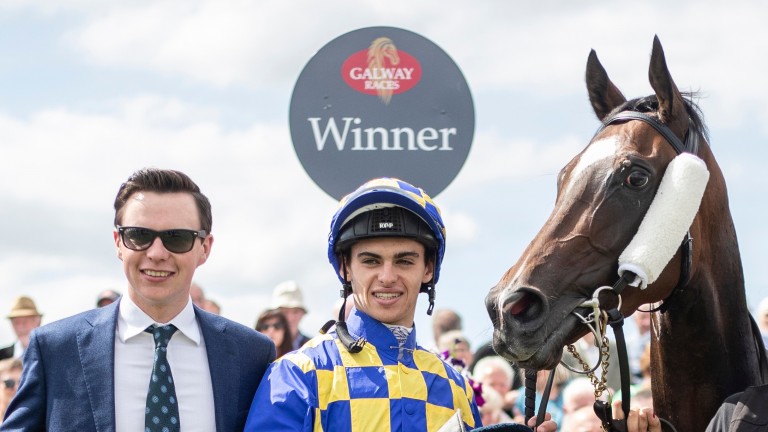 Waitingfortheday, who defeated Skitter Scatter to take the Group 3 Fairy Bridge Stakes at Tipperary last Thursday, is the first lot confirmed for the Goffs Champions Sale that kicks off Irish Champions Weekend on Saturday, September 14.

The four-year-old filly, trained by Joseph O'Brien for John Dollard, has won seven of her 22 starts and also finished second in the Listed Vincent O'Brien Ruby Stakes last month.

She is by Elzaam out of the winning Lagunas mare Wiolante, making her a half-sister to five other winners including Waleria, successful at Group 3 level and dam of Listed scorer Wasimah.

“Waitingfortheday obviously has a lot of ability,” said jockey Donnacha O'Brien after their Group 3 success. “Because she does so little when she gets there, it's hard for us and the handicapper to get a grasp of just how good she is, but she's still improving. Hopefully she can continue going the right way.”

Waitingfortheday holds entries in the Blandford Stakes on the Sunday of Irish Champions Weekend, the Denny Cordell Lavarack & Lanwades Stud Fillies Stakes a week later and the Concorde Stakes next month.

Further entries for the Goffs Champions Sale, which is held in association with Brown Thomas, will be announced in the coming days.

The auction will take place in the Leopardstown winner's enclosure before the start of racing.

FIRST PUBLISHED 5:42PM, SEP 3 2019
She is by Elzaam out of the winning Lagunas mare Wiolante, making her a half-sister to Waleria, successful at Group 3 level