Pick A Nom announced for three stallions at Chapel Stud 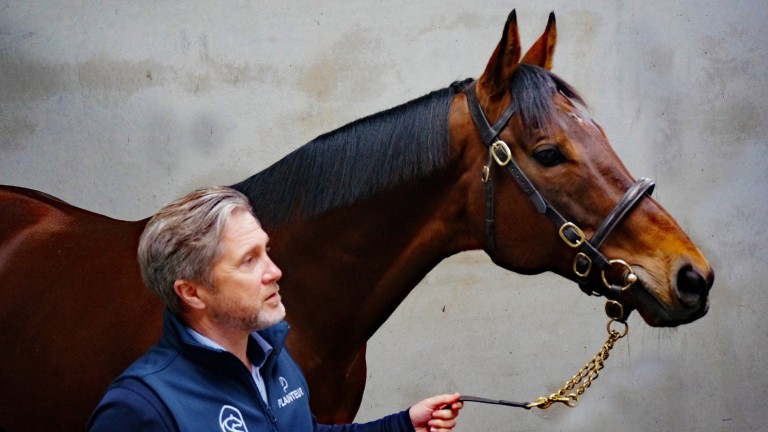 Chapel Stud and Simon Davies have announced a novel approach to nominations for his three stallions who are based at Roisin Close's Worcestershire farm.

The 'Pick a Nom' initiative offers breeders a variety of discounts on the 2022 stud fees of Planteur, Bangkok and Walzertakt.

A variety of discounts are available on the stud fees of the three stallions, ranging from 10 per cent to as much as 50 per cent. There is also a travel voucher worth £300 for mares who are stabled more than 200 miles from Chapel Stud.

Simon Davies said: “We appreciate that breeders, as our clients, have very different needs and budgets, and therefore wanted to offer a choice with our stallion nomination terms as well as ensuring value options for everyone. The variety of choice is also reflected in the stallions standing at Chapel Stud."

Davies' trio of stallions at Chapel Stud is headed by Planteur, sire of this year's Goodwood Cup and Prix du Cadran winner Trueshan. He transferred to Chapel Stud for the 2021 season and spearheads the farm's roster at £4,000 before discounts.

Planteur is joined by Davies' two new recruits; Walzertakt who has moved to Chapel Stud from France where he stood for five seasons and Bangkok, the Group 2-winning son of Australia who begins his stud career at a fee of £3,000, prior to discounts.

Roisin Close said: "I am delighted to be working with Simon Davies to offer fantastic stallions at very affordable prices, and welcome visitors to view the stallions at Chapel Stud over the forthcoming months."

Breeders will have the opportunity to inspect the stallions at Chapel Stud's open mornings on December 10 and 11.

Visitors are invited to register for the stallion parades at https://www.eventcreate.com/e/stallion-parade/?aid=2049124

More information on the various discounts available through 'Pick a Nom' can be found at www.chapelstud.co.uk.

FIRST PUBLISHED 12:44PM, DEC 2 2021
We appreciate that breeders as our clients have very different needs and budgets, and therefore wanted to offer a choice with our stallion nominations