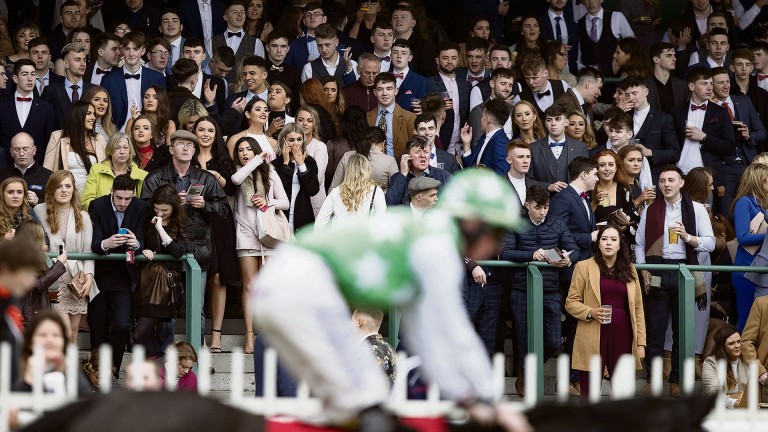 The Galway Festival gets under way on Monday afternoon
Patrick McCann (RACINGPOST.COM/PHOTOS)
1 of 1
By Kitty Trice 12:13PM, JUL 25 2021

Aidan O'Brien and Dermot Weld have dominated the opening race of the Galway Festival - winning the Claregalwayhotel.ie Irish EBF Maiden (4.10) each year bar two between them since 2006 - and the pair again represented this year, courtesy of Anchorage and Duke De Sessa.

Anchorage, a son of Galileo, finished only a length and a half behind subsequent Tyros Stakes third Unconquerable at Naas earlier this month and is a typically well-related son of Coolmore's late, great supersire.

He is the first foal out of an unraced Redoute's Choice half-sister to two Group 1 winners in Vadawina and Vazira, as well as the Group 3 scorer Vadapolina.

Vadawina, the winner of the Prix Saint-Alary for Andre Fabre, is the dam of five black-type performers including the ill-fated The Pentagon, while Vadapolina has produced Poule d'Essai des Pouliches runner-up Veda and the stakes-winning Vadalda.

The Barronstown Stud-bred and O'Brien-trained Anchorage is set to face eight rivals on Monday, including Weld's newcomer Duke De Sessa.

By Lope De Vega, the Newtown Anner Stud homebred is the third foal out of the stakes-placed Cape Cross mare Dark Crusader, a half-sister to a Listed winner in the Group-placed Naughty Or Nice.

Also among the contestants in the seven-furlong race, which fires the gun on a fast and furious week-long Ballybrit bonanza, are Adonis, the Niarchos family's once-raced son of Siyouni and out of a half-sister to Prix Marcel Boussac heroine Denebola, and Global Energy, by Showcasing and a £130,000 purchase by Durcan Bloodstock and trainer Sheila Lavery from the Arqana Breeze-Up Sale at Doncaster.

FIRST PUBLISHED 12:13PM, JUL 25 2021
He is the first foal out of an unraced Redoute's Choice half-sister to two Group 1 winners in Vadawina and Vazira