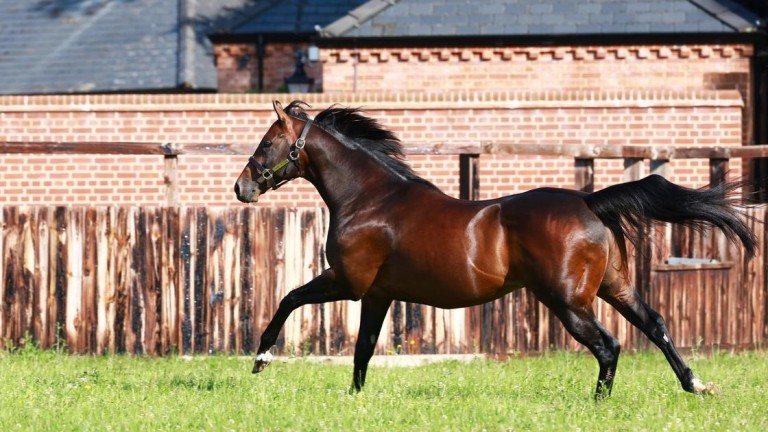 Oasis Dream filly Stamina boosted her page ahead of her date at Arqana
Juddmonte
1 of 1
By Kitty Trice 2:02PM, DEC 1 2020

Oasis Dream has already proven a burgeoning broodmare sire this year courtesy of Siskin and Sir Dragonet's Group 1 wins, and his daughter Stamina provided a timely winning boost at Deauville ahead of her date at Arqana's Breeding Stock Sale on Saturday.

The three-year-old, who is catalogued as lot 193 under Wertheimer & Frere's typically strong draft at the sale, is out of Stormina, a winning daughter of Gulch and a half-sister to Prix de Royaumont scorer Pollara and three other winners.

Stamina, who was making her fifth career start in the Prix d'Occanges, hails from a page full of black type, with Prix de l'Arc de Triomphe heroine Solemia and Prix Greffulhe scorer Prospect Wells among her relatives.

She is also a half-sister to the Wertheimer-owned and bred Silasol, a dual Group 1-winning daughter of Monsun whose finest hour came when landing the Prix Saint-Alary. She also won the Prix Marcel Boussac at two and was third behind subsequent dual Arc heroine Treve in the Prix de Diane.

UPDATE!
STAMINA, offered as lot 1 9 3 by @WertheimerSales at the Breeding Stock Sale, scores today at @fgdeauville! This filly by #OasisDream is a half-sister to Gr.1 winner SILASOL.

Silasol has produced five foals to date, including a two-year-old Frankel filly named Alisol - who is in training in France - a yearling Galileo colt called Fasol and a Dubawi foal colt. She visited Sea The Stars this time.

FIRST PUBLISHED 2:02PM, DEC 1 2020
Stamina herself is a half-sister to the Wertheimer-owned and bred Silasol, a dual Group 1-winning daughter of Monsun