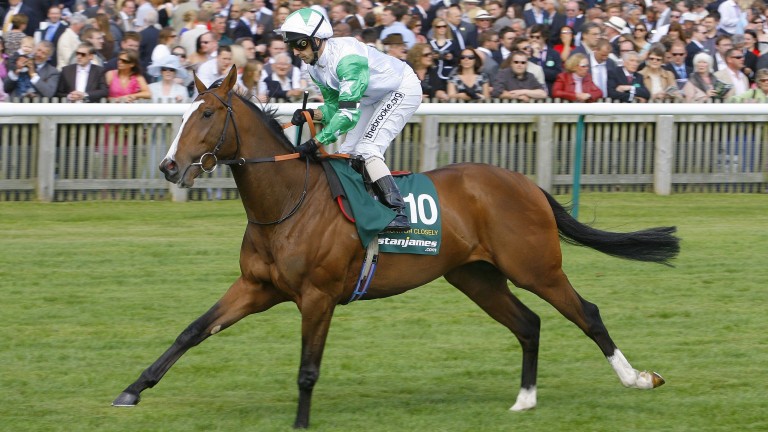 The Irish stallion ranks have gained the services of Monitor Closely, a Group 2-winning son of Oasis Dream who has made a promising start with his early jumps runners.

The 13-year-old is moving from Haras de la Barbottiere in France to Longford House Stud in County Tipperary in a deal brokered by Richard Venn Bloodstock.

Monitor Closely was bred by Cliveden Stud out of Sun Chariot Stakes winner Independence, making him a half-brother to Eclipse hero Mount Nelson, a stallion who has been in very strong demand since he moved to a dual-purpose role at Boardsmill Stud in County Meath on the back of supplying Stayers' Hurdle winner Penhill over jumps and British Champions Sprint scorer Librisa Breeze on the Flat.

A 140,000gns Tattersalls October Book 1 yearling purchase by Blandford Bloodstock, Monitor Closely entered training with Peter Chapple-Hyam for owner Lawrie Inman and developed into a high-class middle-distance performer at three when he won the Great Voltigeur Stakes by four and a half lengths and took third to Mastery in the St Leger.

Monitor Closely has stood in France since his retirement and the best runner to emerge from his early crops is Eclair De Beaufeu, a dual winner for Gordon Elliott who finished fourth in the Ladbrokes Hurdle and was in the vanguard when unseating his rider at the last in the County Hurdle at Cheltenham last month.

Other progeny Independenceday and Lady Closely have graced the winner's enclosure at Auteuil.

Smart son of Camelot retired to stud in France

Harry Angel to shuttle to Darley in Australia

Diminutive Tiger Roll should give buyers pause for thought

FIRST PUBLISHED 4:29PM, APR 13 2019
The best runner to emerge from his early crops is Eclair De Beaufeu, a dual winner for Gordon Elliott who finished fourth in the Ladbrokes Hurdle