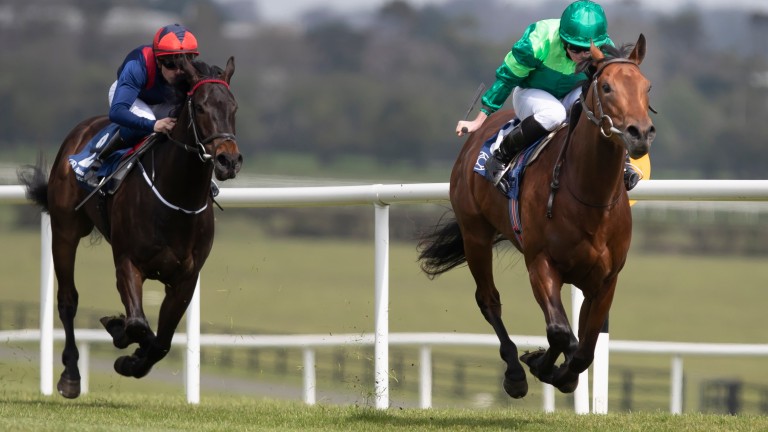 The all-juvenile card at Naas on Thursday sees the wraps taken off several eyecatching youngsters and among them is Khartoum, a Pioneerof The Nile relation to the Group 1-placed Monarch Of Egypt, in the 7f Irish Stallion Farms EBF Maiden (5.45).

Out of the high-class Galileo mare Up, who struck in the Blandford Stakes, the $1,000,000 Keeneland purchase is a three-parts brother to Monarch Of Egypt, a smart juvenile for Aidan O'Brien who was second to subsequent Irish 2,000 Guineas hero Siskin in the Phoenix Stakes 12 months ago. His best effort this year came when runner-up in the Jersey Stakes at Royal Ascot.

Up is herself a half-sister to the top-class Dutch Art, winner of the Prix Morny and Middle Park Stakes and a sire at Cheveley Park Stud.

Khartoum faces ten rivals at Naas including the Donnacha O'Brien-trained Ones Are Wild, a Bated Breath colt out of a winning sister to Showcasing, plus Southern Lights, a Sea The Stars colt related to High Chaparral.

Another to catch the eye is the twice-raced Friendly, a sister to Group 2 winner and Coolmore sire Gustav Klimt. 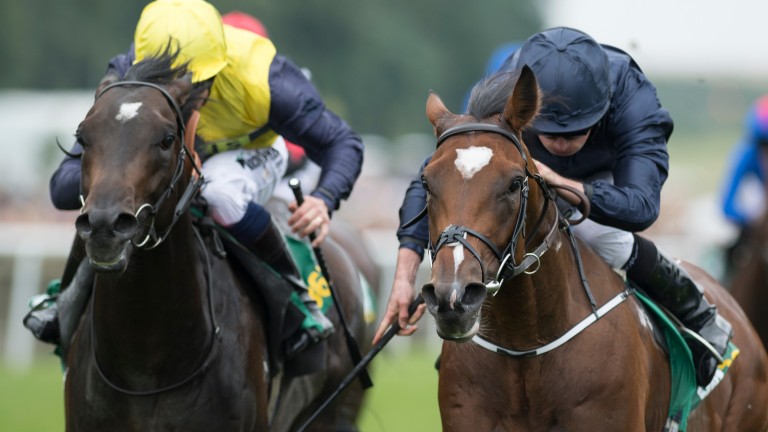 Friendly, the sister to Gustav Klimt, bids to strike at the third time of asking
Edward Whitaker

Trained by O'Brien, Gustav Klimt struck in the Superlative Stakes at two and then followed up with three Group 1 placings as a three-year-old, including a close second in the St James's Palace Stakes behind Without Parole.

The dam of Gustav Klimt and Friendly, Massarra, was a Listed-winning daughter of Danehill for John Dunlop, and has produced six black-type performers among her 12 offspring to hit the track so far. She is out of Rafha, a major influence on the breed through the exploits of her stallion sons Invincible Spirit and Kodiac.

Massarra has since produced another filly by the champion sire, while she visited the exciting Calyx this year.

Among Friendly's 11 rivals in the 7f Irish Stallion Farms EBF Fillies Maiden (5.15) is Sense Of Style, a three-time raced Zoffany half-sister to Mooresbridge winner Leo De Fury, plus the unraced Female Approach, a Camelot filly out of a half-sister to the Group 3 winner Barshiba, dam of Juddmonte International scorer Arabian Queen.

FIRST PUBLISHED 11:36AM, SEP 16 2020
Out of the high-class Galileo mare Up, who struck in the Blandford Stakes, the $1,000,000 Keeneland purchase is a three-parts brother to Monarch Of Eg