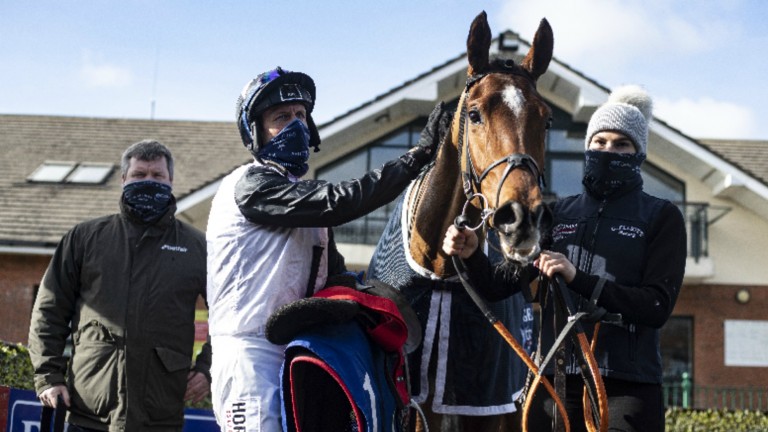 The St Leger-winning son of Montjeu, from the fabulous German family of Waldgeist, has been making a mark with his first two crops of jumpers, which have included French Listed winner La Danza and four-time winner Arbarok.

Gordon Elliott, who has a wealth of juvenile talent headed by Zanahiyr and Quilixios, had taken on Teahupoo after he struck in a hurdle at Auteuil for Gabriel Leenders last October.

Now carrying the Robcour silks, he took a course and distance event on his Irish debut at this course in January and was fairly flawless in the Grade 3 Norman Colfer Winning Fair Juvenile Hurdle as he zipped seven lengths clear after the last flight.

Teahupoo, who was bred in a partnership by Haras du Hoguenet and Prevost Baratte, is from a solid family as his dam Droit D'Aimer was a four-time winning jumper in France. He has a year-younger sister named Leading Saw and a two-year-old half-sister by Montmartre called La Haute Couture.

Masked Marvel stands at Haras de la Tuilerie, the jumps arm of Haras d'Etreham, at a fee of €5,000.

FIRST PUBLISHED 3:01PM, FEB 27 2021
The St Leger-winning son of Montjeu, from the fabulous German family of Waldgeist, has been making a mark with his first two crops of jumpers