'I think Min must have winked at me, I just knew that I had to buy him' 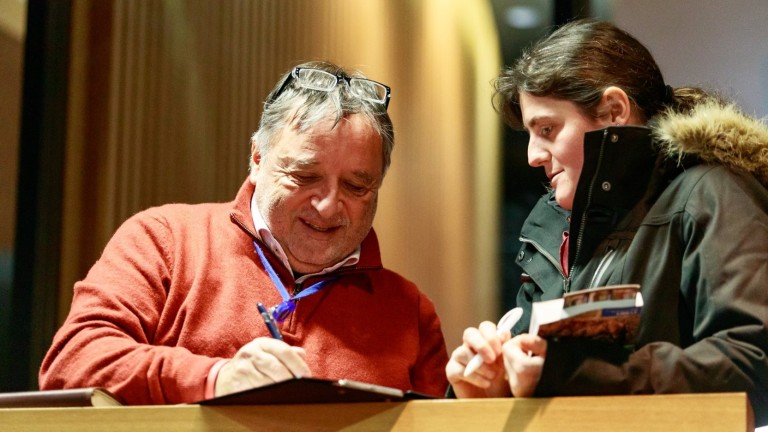 Who are some of the best horses you've bought and how did you source them? I bought the Grand National winner Mon Mome and he was quite an interesting story as I saw him finish second in a bumper in France. I went to see him, he really didn't look great but I thought that if he could have run so well looking like that, then he must be a good horse. I had him back at our place for three or four months and he started to look so well that I could sell him to Venetia Williams. Others I have bought are Min, Kalahari King, Thousand Stars, Al Ferof, Cheltenian, Farclas, Aso and Houblon Des Obeaux, among others.

Give us a lesser known purchase you’re particularly proud of... Bouchasson was a special story as I tried to buy him when he won at Cagnes-sur-Mer one day but didn't succeed then. In the meantime, the owner sadly died and I bought him six months later at the dispersal sale, looking like a teddy bear, for Philip Hobbs. He only cost about £3,000 but went on to win two graded races over fences and gave his connections a lot of fun. 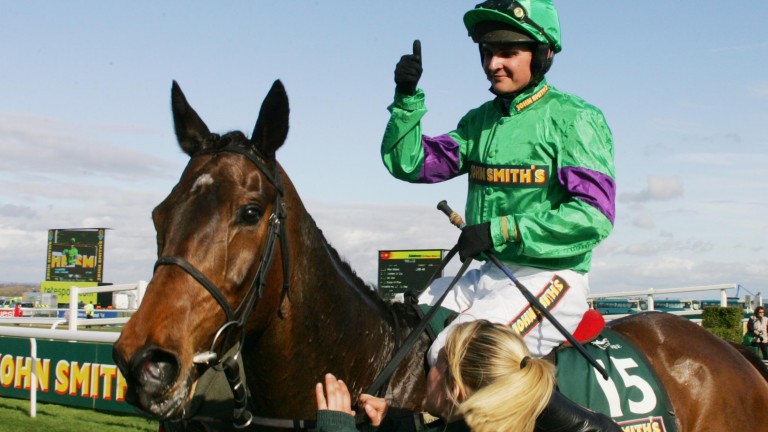 Guy Petit sourced 100-1 Grand National hero Mon Mome
Mark Cranham
What do you like to see in a pedigree at foal and store sales? I do like the real old French roots on a page. They are a guarantee that the horse will jump, will stay, and wont be afraid of the mud.

What are the most unusual circumstances you've bought a horse in? I was at Deauville one day, sitting outside as I usually do, and had no intention of bidding on anything. However, I suddenly saw this fantastic-looking horse, I think he must have winked at me, and I knew that I would have to buy him. He turned out to be Min, who has been brilliant for Willie Mullins.

If you had to let another agent buy you a horse who would you choose? It's a tricky question as you can put ten people around a horse and you will have ten different opinions of it. I would ask my wife Caroline, she is a fairly good judge and she knows very well what I like or dislike in a horse.

What conformational faults can you not forgive, if any? I don't like to see any horse back at the knee.

The one that got away? Cyrname. I had the chance to buy him before he came to England and it didn't happen. As I've seen him doing so well, I certainly regret that.

Which young sire do you think could break through at Cheltenham? I am not sure that he will have too many runners this year but Haras de Cercy's Cokoriko is definitely the upcoming star in France.

What do you think is the reason for the surge in French success at the Festival? Our horses are broken and schooled very early on in their careers, so it becomes natural for them to jump and they enjoy it. Also the fact that English and Irish trainers give them plenty of time when they get over is a big plus. 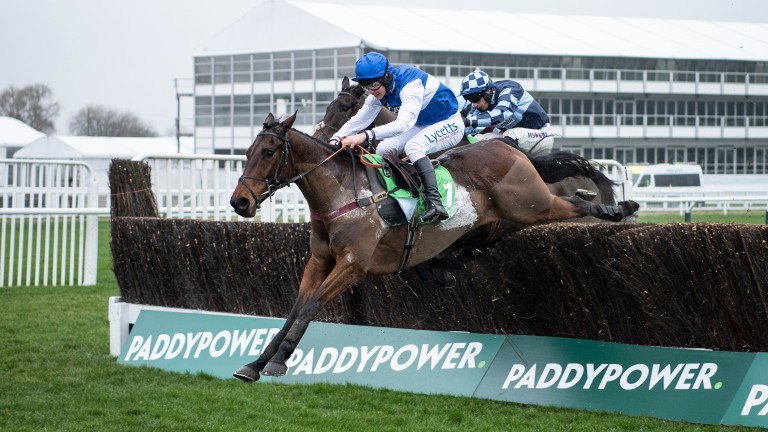 With the National Hunt market so strong, give us a tip for finding value... That's a difficult one. You've just got to try to buy them before they are too good!

Give us a horse who's under the radar for Cheltenham... I help David Maxwell to buy a lot of horses and I like Jatiluwih, who has an entry in the Pertemps Final.

Who is your nap for the Festival? I think that Venetia Williams' Cepage will go close in whichever race he runs in.

FIRST PUBLISHED 6:17PM, MAR 3 2020
You can put ten people around a horse and you will have ten different opinions of it